The skeletons were out through the Olympics and appear for holidays like Easter, Memorial Day and 4th of July. 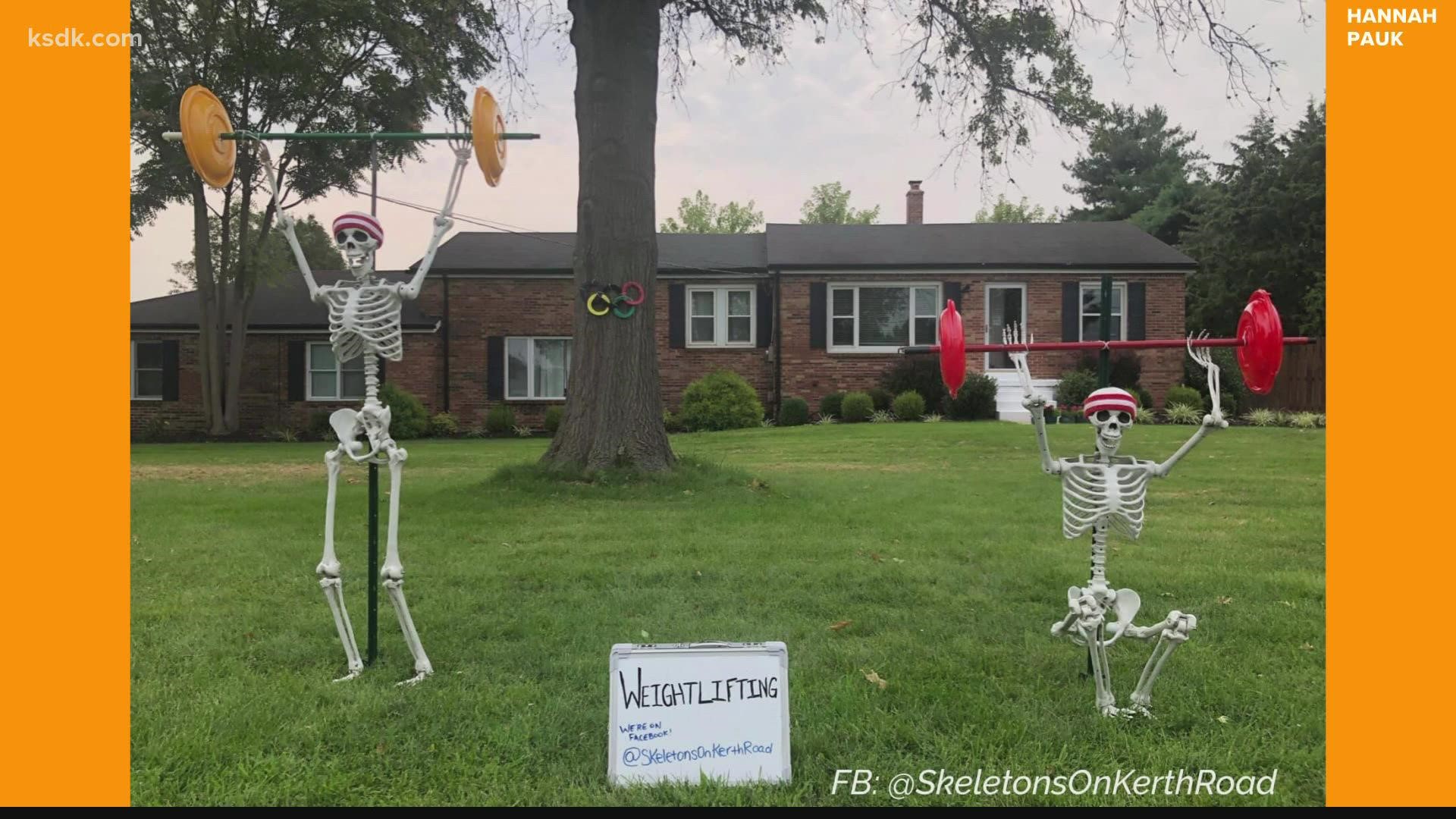 ST. LOUIS COUNTY, Mo. — Take a drive through South County around the holidays and you might just come upon a house with some good bones. We're not talking about its structure, but rather the residents on the front lawn.

Hannah and her husband Tim started the skeleton display just before October of 2020. Hannah said she saw something similar on Facebook or Pinterest.

"I've always loved Halloween," Hannah said. "And where we live, like the location, we're right by a stop sign. I mean, it's it's a busier street. So I just thought, you know, it's covid we're working from home, more people are out, you know, walking around and it would just be something fun to do."

The Pauks moved the skeletons each day during the month of October last year, and put them into different positions doing different things. Then they come back out for other holidays, and this time around, to celebrate the Olympics. Sometimes thinking up a new idea can be tricky, and they tend to go with what they have laying around at home.

"For the pole vault we literally go, 'Gosh, we've got to get something out there,'" Tim said. "And so I took a tree trimmer tool ... shoved it in the ground, zip tied that little guy eight feet up in the air then there you go that's today's."

Their neighborhood took notice of their skeleton shenanigans. The Pauks said people slow down to look at the skeletons and take pictures. It happens even in the morning while they set up.

"While we're putting everything out and it could be like seven o'clock in the morning or eight o'clock or whatever," Hannah said. "And people are driving either their kids to school or they are driving to work and they will stop their car, roll down the window and thank us for what we're doing. They say they drive out of their way to drive by and see what the skeletons are doing. It makes people happy. It makes them smile."

They even get fan mail.

"Most of the individuals who follow, you know, and live in the little area behind us, they're all retired and they send mail more often," Hannah said. "So we would get a lot of just real mail, which was actually really exciting. You never actually get anything besides bills."

The family did an impromptu post after this story was published, showing the skeletons reacting to their latest internet fame.

The Skelintons were so excited to find out about the news article!! 💀😄😂

Posted by Skeletons on Kerth Road on Saturday, August 14, 2021

So when is the next time you can see the skeletons back out in action? The Pauks say you'll see them for Labor Day and they're already working on October, when they'll be moving again each day of the month.

The display is located at 5024 Kerth Road in South County. Here's a link to the Facebook page if you want to keep following along.

RELATED: Why everyone should see 'CODA', a heartwarming (and often hilarious) film that marches to its own beat