Where others see crumbling bricks, cracks and broken glass, a couple from Arnold sees potential. They're hoping to turn a forgotten church into a community center 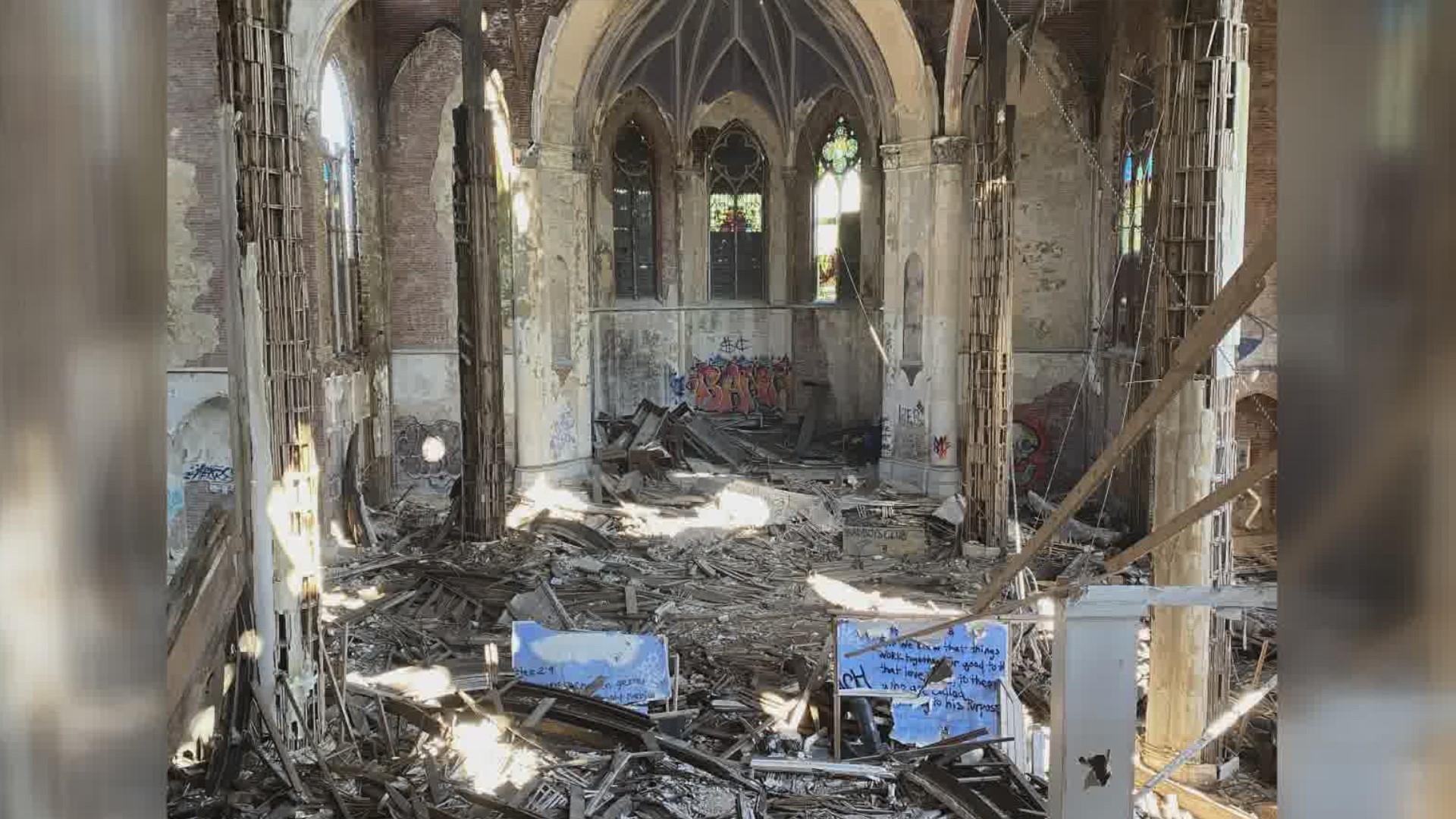 ST. LOUIS — There are old, broken down and crumbling buildings throughout the St. Louis area. But they’re not all destined for demolition.

There happens to be a very ambitious effort underway in north St Louis. Where some see dilapidation, others see potential.

“North city is really kind of a forgotten place in many ways,” Brittany Breeden said.

She is able to see beyond the broken windows, the cracks and the falling bricks at St. Augustine Catholic Church.

Breeden has turned her vision of the church in the Hamilton Heights neighborhood into Project Augustine.

“It felt like it was a special place that needed to be saved,” she said.

Breeden and her husband, who live in Arnold, are now trying to bring new life into the old church that was built back in the 1800s.

They were able to get the place from the former owners for essentially $1. Then, they took over their back taxes. But it has cost them much more to fix it up.

One look inside and you can see why.

“It’s a disaster zone,” said Breeden. “There is no electricity. There’s no plumbing.”

Yet, they are not giving up.

“We wanted to do everything that we could to save it, and we are going to do so as long as we can,” Breeden said.

READ ALSO: Urban photographer shows a side of St. Louis many have forgotten

When all is done, Project Augustine will bring new opportunity to north city. Breeden and her husband want to turn it into a community center.

Much like the way they are rebuilding the church, they want to help rebuild lives. The community center will have art spaces, entrepreneurial spaces and a community garden.

“But we also want to keep it open for the people that live around the neighborhood of St. Augustine,” said Breeden.

She believes north St. Louis is a place that needs to be cherished and not neglected.

“Why do we have to ignore this section of the city that’s so vital to our history and is just begging for resources to be brought back?” she asked.

She believes the project will take about five years to complete; it’ll also offer several jobs during the process. They are looking for sponsors within St. Louis to keep the project going.

You can learn more on the Project Augustine website.