Meet the St. Charles veteran who has 3 purple hearts

Matthew Sims would be the first to admit he’s lucky. “Any one of those injuries could have easily killed me,” he said 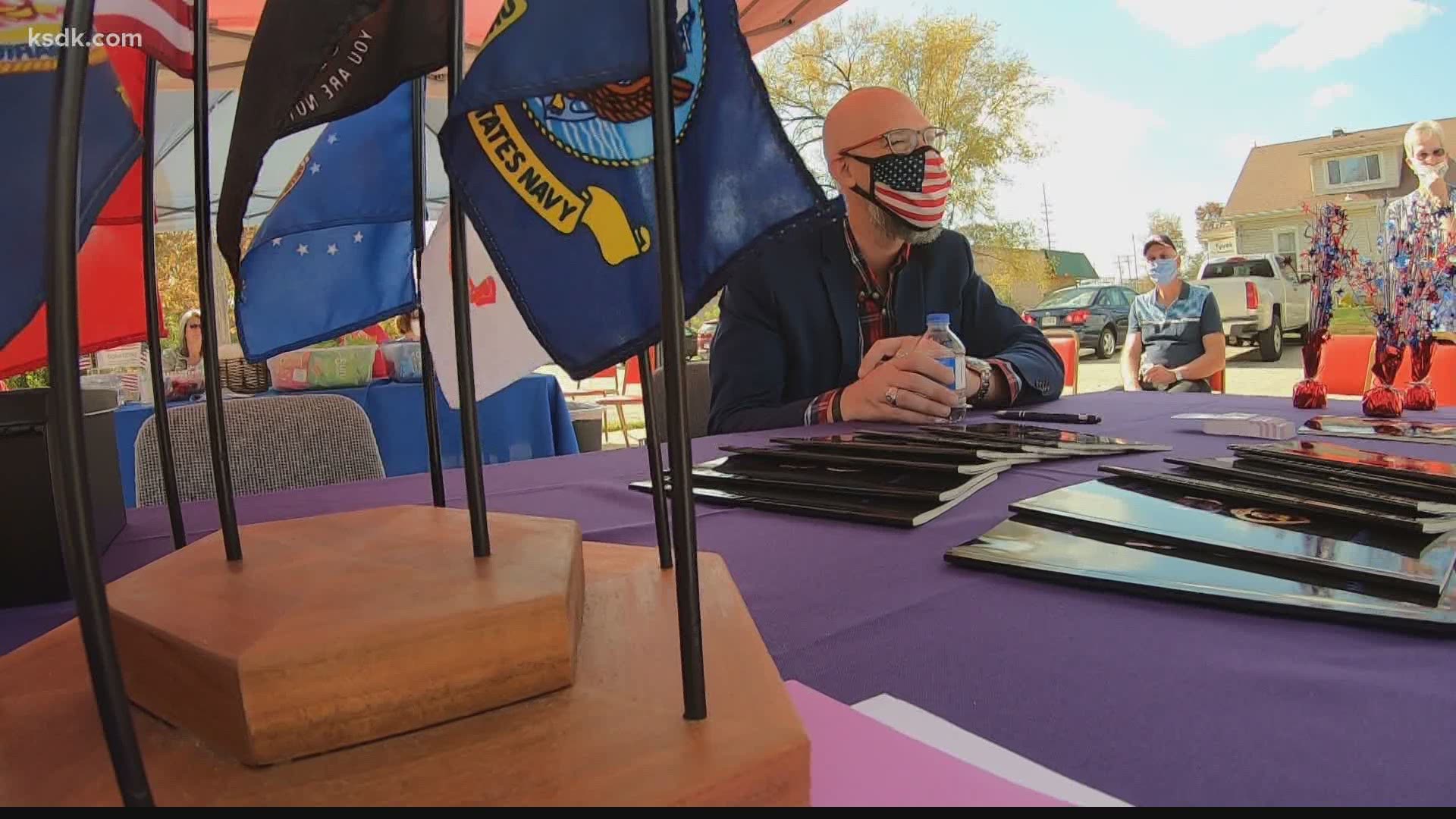 ST. LOUIS — The St. Charles native Matthew Sims spent more than two decades of his life serving our country. He nearly lost his life three times while saving others as a combat medic.

There is no hiding his love for America. Sims drives a Jeep that is wrapped in the American flag.

“That Jeep gets me more honks and waves and questions,” Sims said.

And he has plenty of answers, too.

There’s a saying that goes “every veteran has a story.”

“I’ve been told by friends for years that I needed to write a book,” he said.

RELATED: Your photos: Honoring our local heroes this Veterans Day

Sims is now revealing his firsthand accounts of the battlefield in a new book. He even included some things he had kept to himself.

“My wife didn’t even know some of these stories,” Sims said.

In his book, “Why My Heart is Purple”, the St. Charles High School graduate gives an emotional firsthand look at war.

“The sights, the sounds, the smells, the taste,” Sims told 5 On Your Side.

The pages of the book relive the dangerous and stressful times he spent as an Army medic 15 years ago in Iraq.

“Always worried about if you’re going to come home.”

There were painful moments leading him to being awarded three Purple Heart awards.

“All my injuries happened in one tour in Iraq,” he said.

“The force was like getting hit in the head with a sledgehammer,” Sims said.

The bullet fractured his skull, his leg and a couple of vertebrae. But he did not return to the United States.

He returned to the battlefield and weeks later a boom went off under a vehicle he was in.

“Shrapnel went through the vehicle, through my vest and into my right lung,” he said.

Sims’ shredded clothes from that day are now on display at the St. Charles County Veterans Museum.

He continued with his tour of duty only to be hit by shrapnel again.

“After I got back after the third injury, they told me you’ve done your part,” he said.

Sims would be the first to admit he’s lucky.

“Any one of those injuries could have easily killed me,” said Sims.

He put himself in harm’s way to protect our freedoms.

“It’s not free. The price that you pay is injuries and the pain for the rest of your life when you do come home,” he said.

After 22 years of service, Sims now lives in Oklahoma. He is grateful for what the Army did for him.

“Taught me what was important,” he said.

He’s also grateful for what he was able to do for his country.

“The first thing I say when someone thanks me for my service is I say thank you for being an American worth dying for, worth fighting for,” Sims said.

If you would like to get a copy of “Why My Heart is Purple”, you can reach out to Sims at matthew.w.sims@gmail.com.