First look at Shark Canyon at the St. Louis Aquarium 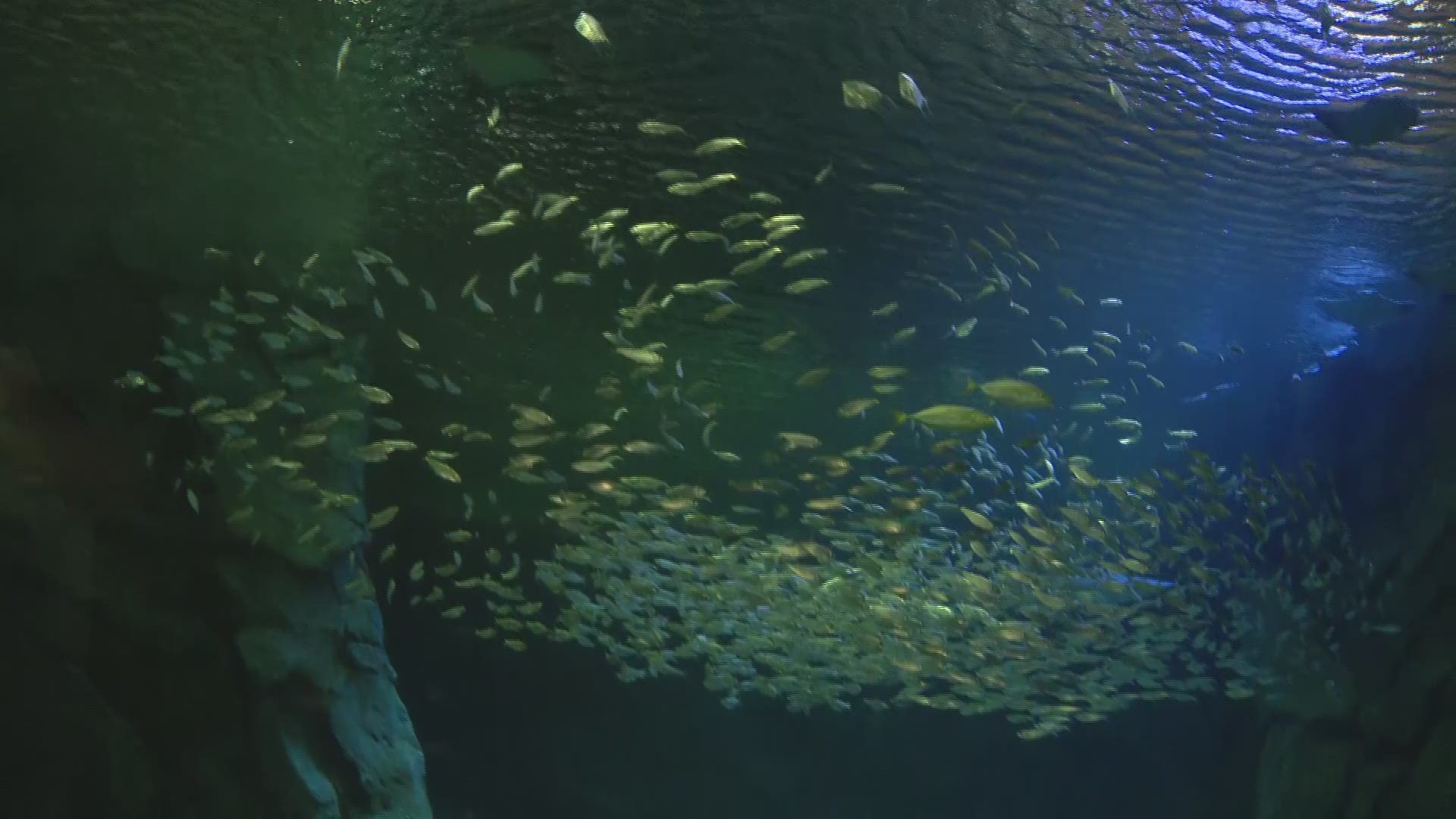 ST. LOUIS — The new St. Louis Aquarium at Union Station opens on Christmas Day, but before the public is invited inside, we’re getting a first look at the largest exhibit, where the sharks, rays and thousands of fish can be seen swimming around.

Shark Canyon holds 250,000 gallons of water and more than 60 species of fish.

The habitat will be a star attraction at the aquarium, but there will be plenty of opportunities to catch a glimpse of a zebra shark or spotted eagle ray. There are eight different viewing options that peer into the exhibit.

The “J window” will likely be the most popular spot to gaze into the ocean scene—and possibly the most popular location in the entire aquarium. The window goes from the floor, up to the ceiling and over your head, giving you an opportunity to see the underside of the sharks, rays and everything else that’s swimming around in the exhibit.

“It’s one of those things where you just wanna lay down on the floor and watch the fish swim over you,” Sprowl said.

Sprowl added that the tank will be ever-changing, with more species expected in the future.

No matter what visitors see in Shark Canyon—or any habitat at the aquarium—they’ll be able to learn more about all the species on interactive touchscreens located throughout the attraction.

The interactivity continues throughout the aquarium, where guests can do some more hands-on learning.

“When guests come through here, they have five opportunities to get their hands wet, four around animals. So, you can see what 1,000 fish feel like on your hands,” Sprowl said.

The St. Louis Aquarium opens on Dec. 25. Tickets have sold out for Christmas Day and several other dates in the first couple weeks. The aquarium will be open for extended holiday season hours Dec. 26 to Jan. 4 from 10 a.m. to 9 p.m.

Click here to read all about the new St. Louis Aquarium and all of the other new attractions at Union Station.