Brock Seal’s art is meant to speak for the voiceless. “Art-ivisim," he called it. "So, it is basically using my art for change." 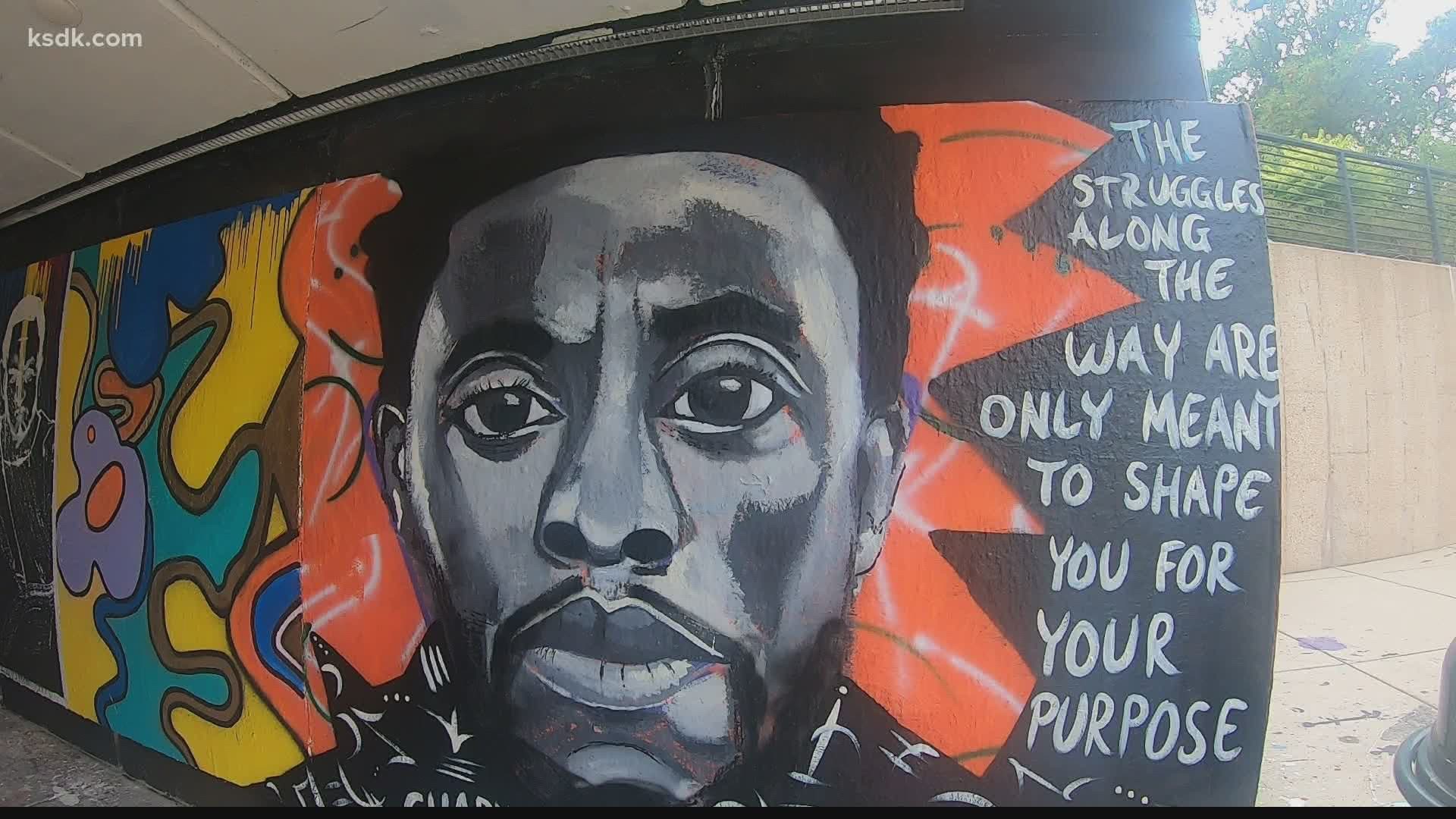 ST. LOUIS — There are people in our area wanting to be heard.

Local artist Brock Seals is listening and wants to help them get their word out. But he isn’t using his vocal cords to do it. Seals is using his paint brush.

You may have seen some of artwork. He painted one of the Arch sculptures in Forest Park recently for the St. Louis Shakespeare Festival’s ‘A Late Summer Night’s Stroll’ event.

“I think I go everyday just to look at it,” Seals told 5 On Your Side.

It is a big-time recognition for the one-time unlikely artist. He didn’t start painting until he was at Florissant Valley Community College.

These days he is counting on people noticing his artwork where he believes it is needed the most.

“Bringing it to the streets,” Seals said.

But he isn’t just pouring paint to beautify. He is doing it in hopes of making a difference.

“Art-ivisim. So, it is basically using my art for change,” he said.

Seal’s art is meant to speak for the voiceless.

He has a number of pieces already up around town. He has one in downtown St. Louis stating “One man can change the world”.

“I want art to be just in your face,” Seals said.

He has another one on the campus of Wash University. It features the late actor Chadwick Boseman with a quote about struggles and purpose.

“A lot of different things that need to be heard,” he said.

Seals wants his art to provoke art and start conversations.

“So people can talk about it ‘cause for so long these things have been kept under a rug. They haven’t been talked about. So, we gotta talk about these things. We gotta come together in different communities and talk about how we’ve feeling for all this time,” he said.

By being an art-ivist, Seals said he’s a catalyst for his people. He believes his work can inspire others to defy the odds and chase their dreams.

When asked for his thoughts on whether art can change a young person’s life. Seals said, “Absolutely.”

The 27-year-old is hoping to paint the way to a better understanding.

“I’m here to change the narrative.”

You can see more of Brock Seal’s work by going to his website, http://www.brockseals.com.