“Flight is something that is an idea. If you embody the notion of flight or the imagination or the power of the human spirit then flight is always possible" 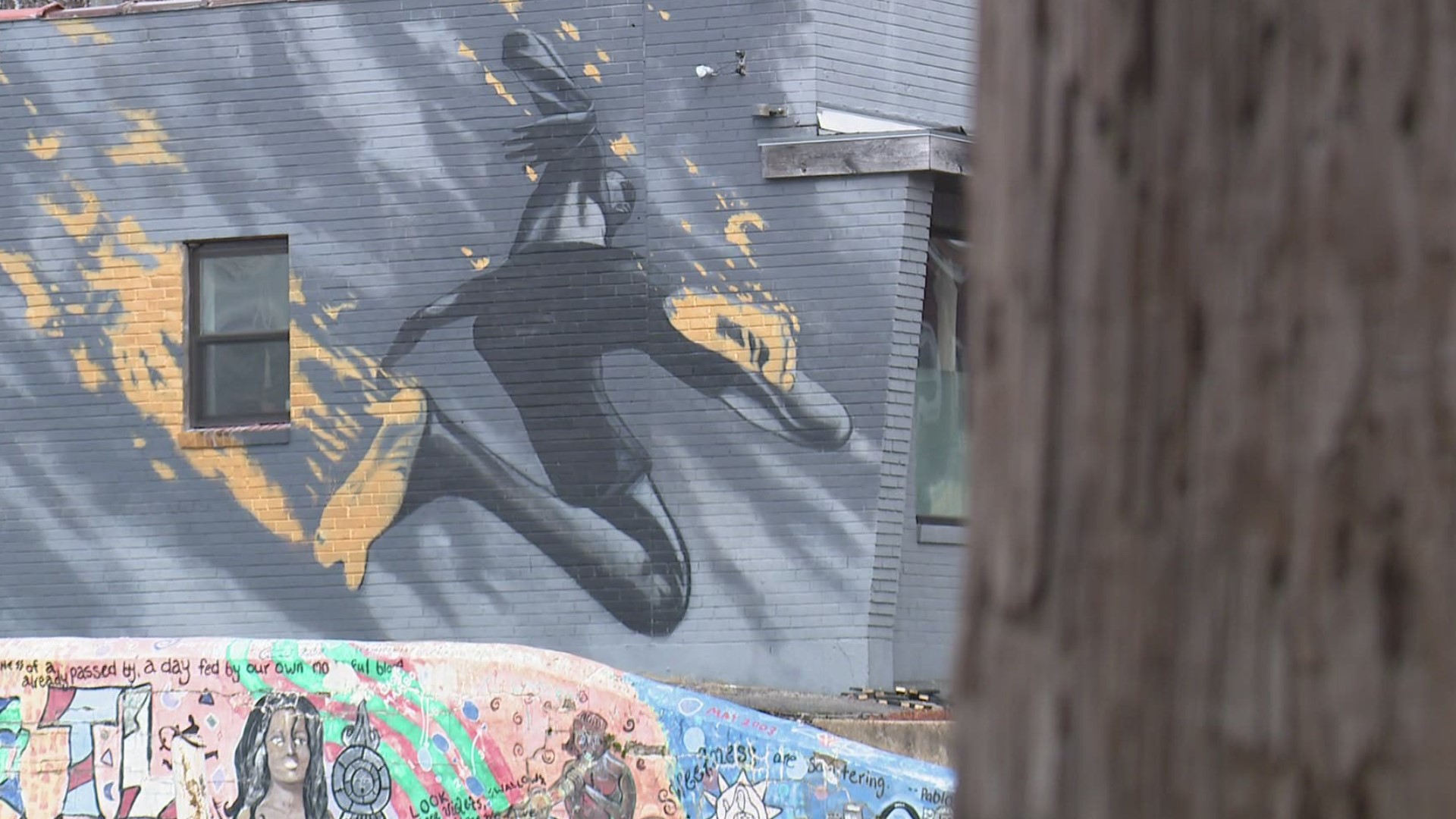 ST. LOUIS — There are things around us that aren’t necessarily what they seem to be.

There is a mural near Cherokee Street that features bright gold sneakers streaking across the sky, but it isn’t of a person playing basketball.

The man behind the piece wants it to inspire possibilities. It’s a take on Greek mythology.

“A reinterpretation of the Icarus myth,” Christopher Burch told 5 On Your Side.

The mural offers an alternative ending to the myth.

“What happens after Icarus crashes to the Earth?” Burch said.

The flight by Icarus is not symbolic of a failure but a representation of what can be achieved.

“Flight is something that is an idea. If you embody the notion of flight or the imagination or the power of the human spirit then flight is always possible,” Burch said.

Showing what is possible is important in Burch’s work.

“There’s a level of intention in my actions,” he said.

The intention is to bring reflection, appreciation and motivation.

“Art is a means of producing meaning,” he said.

He believes this is especially important in the Black community.

Art opened the door of possibilities to Burch at a young age. Once known as a hyperactive child, he used that energy to become a full-time artist.  He never gave up on the possibilities.

“It’s something that I never allowed myself to lose sight of,” he said.

The hard times did not slow him down.

“Kinda put your nose down and just grind out. I’ve worked two jobs and still put in 40 hours plus in the studio,” he told 5 On Your Side.

The 41-year-old may be living proof of his altered myth.

“The golden flames are shooting Icarus’ feet propelling him into the heavens,” Burch said while pointing towards his mural.

It shows that in the world of possibilities, the sky is the limit.

“With enough work and enough intention and enough sacrifice you create what it is that you want for your life,” he said.

If you would like to see Burch’s mural it is located at 3333 Iowa Avenue near Cherokee Street.