He said it took blood, sweat and tears to build his business 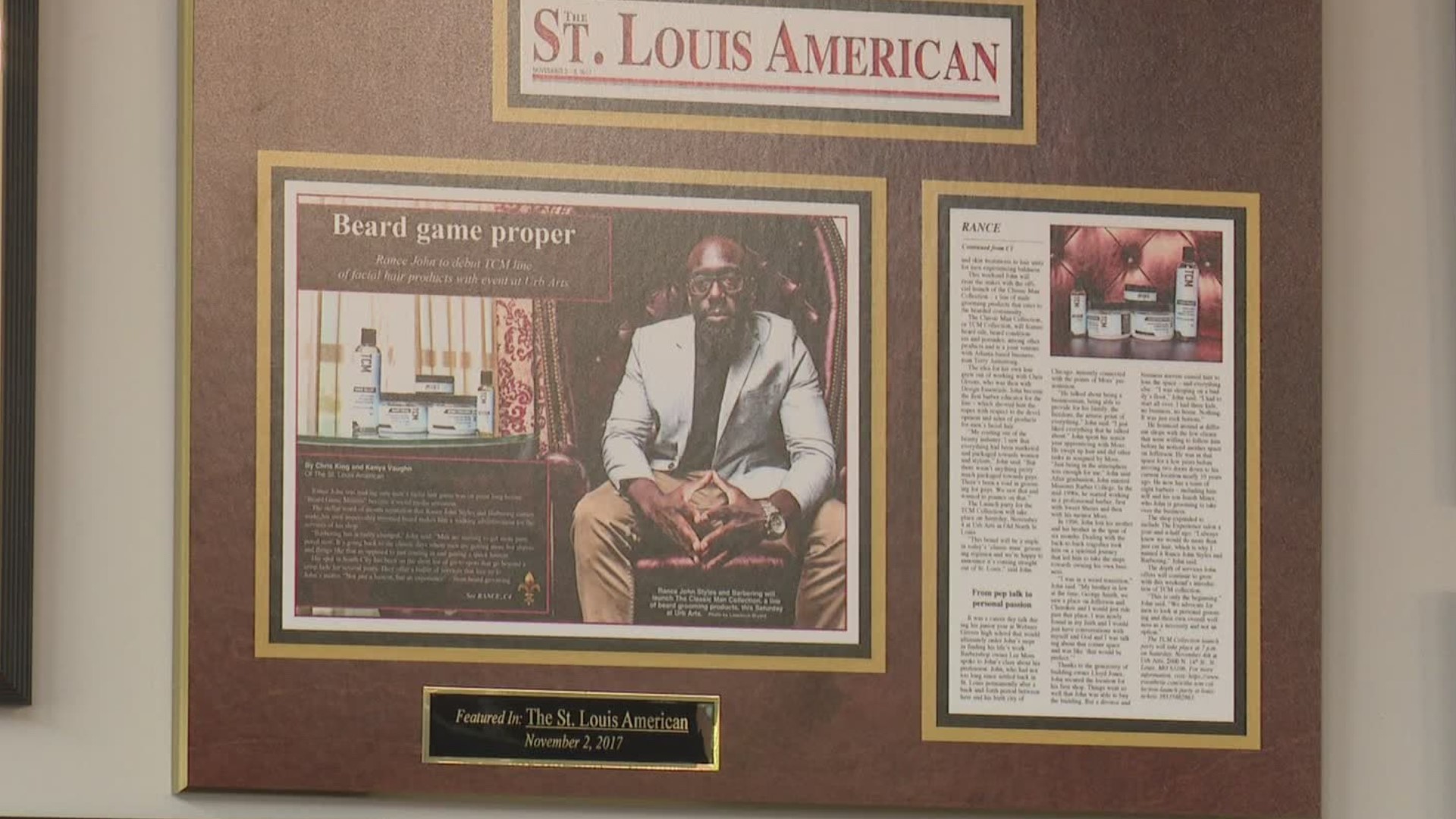 Rance John is proud of the fact he is his own boss, but it took more than desire and skill to make it.

John’s barbershop is on South Jefferson, not too far from Cherokee street. He loves the idea that the place is his own.

“One of the greatest feelings is to walk a place, look around and say man this is mine,” John said. “This is what I’ve worked for.”

He has been cutting hair for over 20 years. He enjoys helping people better their appearance.

John told 5 On Your Side what he likes most is “being a part of someone’s transition and to make ‘em feel good about themselves.”

He is very confident in his abilities.

“I knew that my skill set would speak for itself,” John said.

But while he had the ability to cut hair, he lacked the knowledge early on to successfully run a business.

“I really didn’t know what I was doing in the beginning,” he admitted.

He ended up learning on his own by way of the school of hard knocks.

“Learning from my mistakes,” said John.

He opened his first shop in his early 20s. It eventually closed.

“I failed and that give me the opportunity to go back to the drawing board and reinvent myself. I’ve had to make some serious transitions,” said John.

He reinvented himself and kept believing in himself.

“I had the confidence to do it. So, I really wanted to take my chance at it,” John said.

He said making it took blood, sweat and tears to build his business.

“It’s a lot. It’s still a lot. Because you have to understand where you don’t necessarily inherit or things aren’t given to you, you have to find your way,” said John.

Now, he is doing more than just haircuts. He has his own line of hair, skin and grooming products. It’s called T.C.M.

It took some time to see his dream realized.

“My mom, she was sick when I was younger. My goal was to open a business and really be able to take care of her. Unfortunately, she passed before I was able to open it up,” said John.

But now he is able to offer the business advice to others looking to make their dreams happen. It’s the stuff he had to learn on his own.

“Find a mentor. Do your homework. Stay away from negative energy,” John advised.