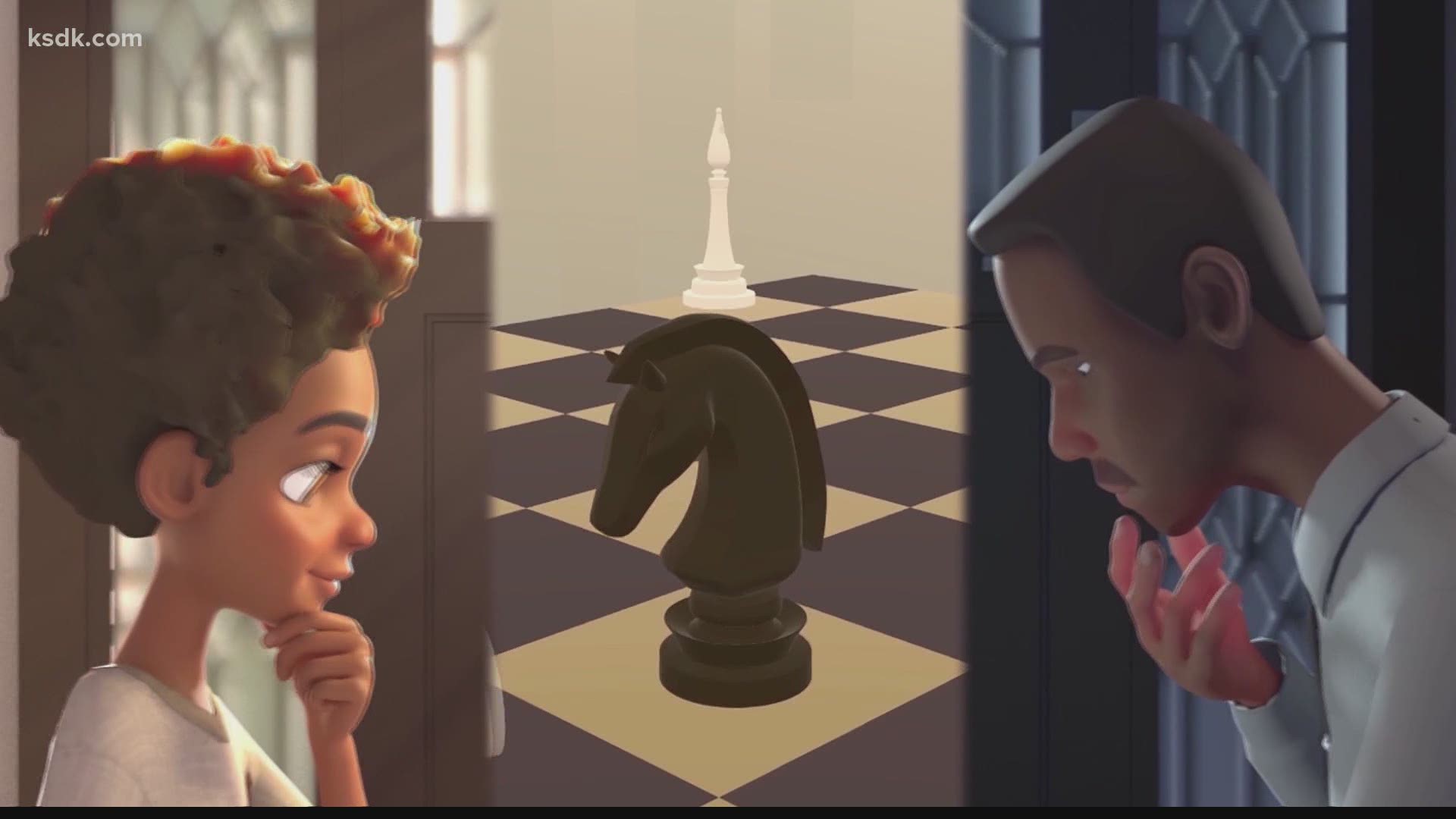 ST. LOUIS — Caleb Blue began drawing as a little boy. He was inspired by movies like "X Men" and "Star Wars" to draw his own characters.

“I’ve always been a fan of art and storytelling,” Blue said.

He has now taken his passion to the silver screen. Blue is officially a filmmaker.

“I’ve always wanted to make a film. This one is my first one,” he said.

He calls the accomplishment “indescribable.” The 22-year-old graduate of O’Fallon Township High School just completed his first animated short. It's called “The King and the Pawn”, and it tells the story of a boy bonding with his dad by playing the game of chess.

“In the process of doing so, his world is changed,” said Blue, who doesn't play chess but felt the game would be a good metaphor about life.

The effort to tell the story was sort of a chess game within itself. Blue and his team of 20 had to work away from one another because of the COVID-19 pandemic.

“The coronavirus happened. We did the last half of the film online through things like Zoom all at home. I did it on this laptop,” Blue explained.

But the effort helped earn the film a place in this year’s St. Louis Filmmakers Showcase. He’s happy others will get to see it.

He also hopes the people who do watch the short will see people like him in a different light. The characters in his movie are Black.

“I was like, 'Hey, let’s put African-American characters just to humanize us. Just to show we are not all that different,'” Blue said.

He hopes the movie is just the beginning of his storytelling.

The step he wants to take is finding work. He just graduated from Savannah College of Art and Design.

If you would like to see his film “The King and the Pawn” it is currently featured online here.