At just 10 years old, Joshua Danrich launched his own line of air fresheners 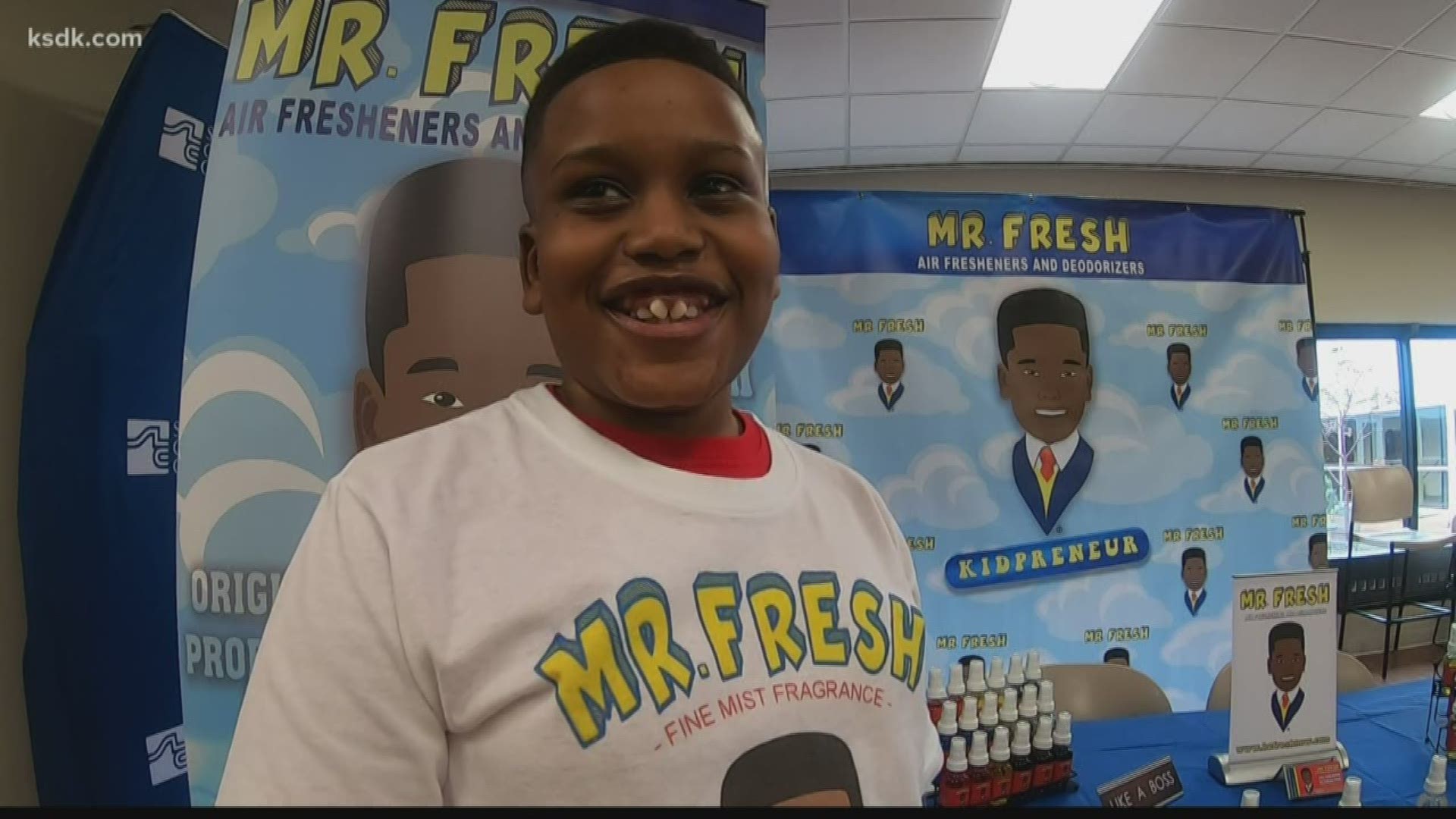 ST. LOUIS — A 12-year-old entrepreneur from the St. Louis area recently signed a deal that will bring his product to the shelves of a major grocery store.

Joshua Danrich, also known as Mr. Fresh, launched his own line of air fresheners a couple years ago when he was just 10 years old. Joshua has a website where he sells his products and now, his products are available at Schnucks stores.

“I have BIG news. I signed a #Major deal with Schnucks one of the #Largest Supermarkets in the United States - and my Mr. Fresh Air Fresheners are #NOW sold in their stores,” he announced on Facebook.

Last year, Joshua told 5 On Your Side he had a goal of starting his own business and asked his mom for help.

“I just want to own my own business, I don’t want to work for anybody else,” he said.

He makes the scents himself using 100% pure oils, but he wouldn’t give away any of his secrets.

“I put my heart and my soul into my air fresheners,” he said.

The goal of his business is about more than just about keeping cars and homes smelling fresh. He uses the word "fresh" as an acronym that stands for “Faith to Rescue Every Son from Hurt.”

The mission of his business is to promote emotional, mental, physical and financial maturity as well as self confidence in African-American boys.

“Keep striving, keep going and you will succeed,” he said. “If I can do it, so can you.”

For more information on his air fresheners or to buy one, visit the Mr. Fresh website.