The woman behind Build-A-Bear is working to build a nonprofit innovation hub in St. Louis

Maxine Clark said fate took her by the old St. Luke's Hospital one day. Now, she's working to renovate and invest in the Delmar Boulevard area 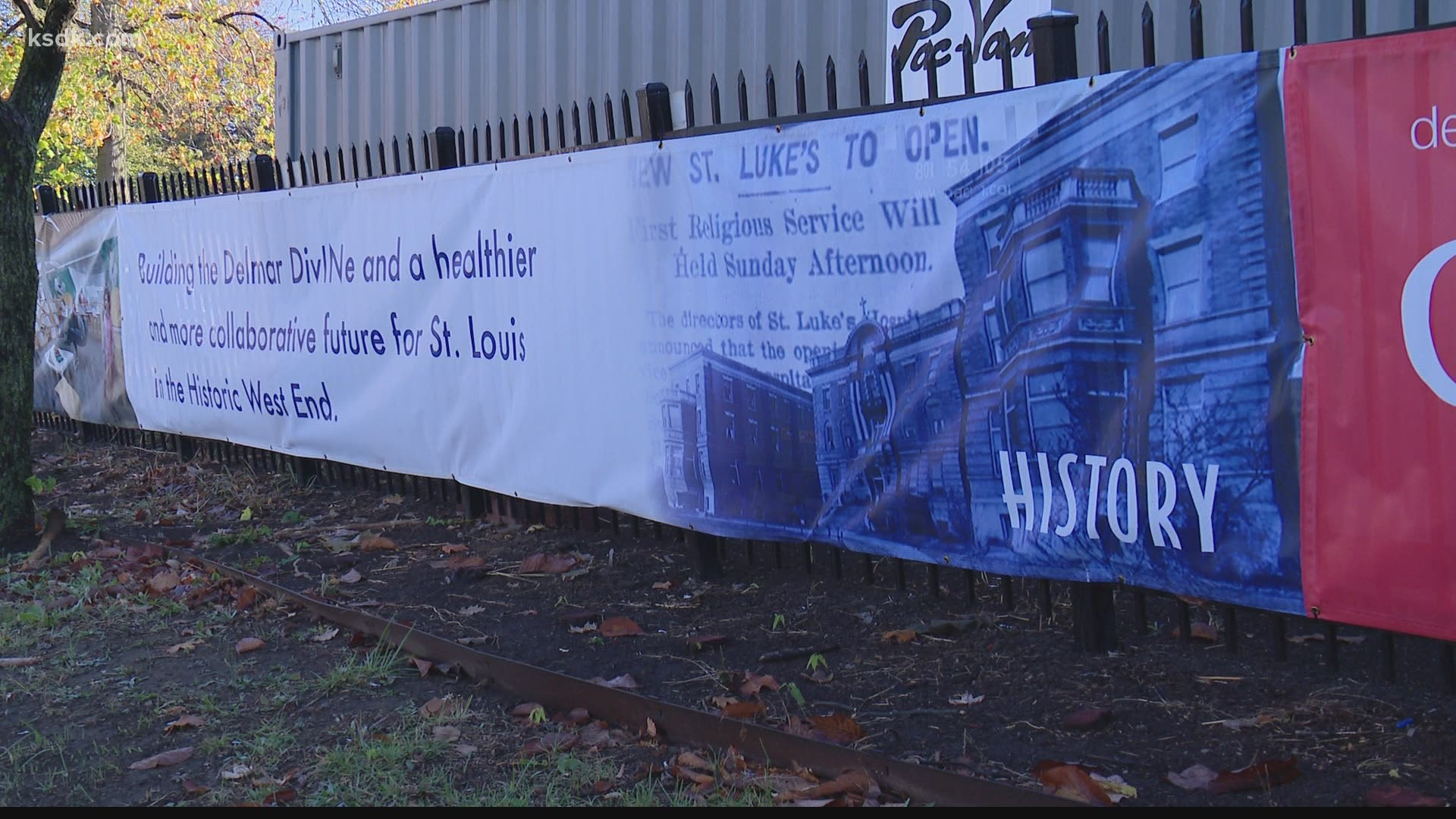 ST. LOUIS — There are people with vision in St Louis. People able to see the potential of something instead of what’s on the surface.

St. Louis businesswoman Maxine Clark is one of those people. She may be known as the founder of Build-A-Bear Workshop, but she now has a divine vision for Delmar Boulevard. And she believes that sometimes life can lead you to the right place.

She made a turn down a road that was less traveled by her.

“Sometimes a car takes you to interesting places,” Clark said.

One of those times, the interesting place was the old St. Luke’s Hospital on Delmar.

“Great building; I looked at it and it’s huge,” she said.

She now has an idea for a huge rebuild, something she said would be “very, very doable.” She wants to bring new life to the neighborhood by renovating the 116-year-old hospital.

“Many, many people told me, in the neighborhood and all over St Louis, ‘I was born in St Luke’s.’”

The rebirth is what she calls “Delmar DivINe” – a place to help close the “divide”.

Delmar Boulevard is also commonly referred to as "The Delmar Divide," and it is seen to some people as the long-standing symbol of the racial and socio-economic division in St. Louis.

“I was thinking a lot about the divide and what makes something a divide. I looked at the word even and it was just the letter ‘D’. What could we do to change that word? IN, I-N makes it about investment and innovation,” she explained.

It will eventually become an area for nonprofits to work together, similar to the Cortex innovation area. There will be shared spaces to collaborate.

“All of the nonprofits in the community, we hope to be a hub,” she told 5 On Your Side.

The community also will have housing. Clark’s plans call for having space for 1,000 people to live and work in the building, converting something that could have been an eyesore in an hub for helping others. But she’s not rushing the change.

“A delicate process of renovating it and reimagining it,” she said.

Clark believes it will be a place that the neighborhood can be proud of.

The innovator sees her project as the beginning to restoring the area to what it used to be.

“Delmar had everything on it,” she recalled. “I think you are going to see some great things coming from this area. They’ve already started.

The plan is to have phase one of Delmar Divine completed by fall 2021. Learn more about the project on the Delmar DivINe website.