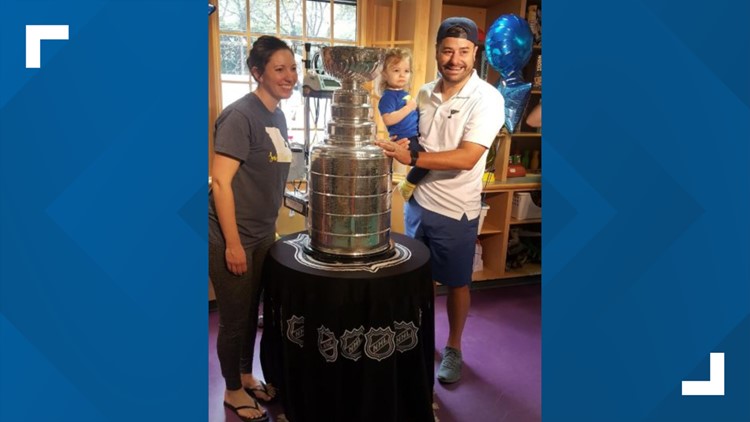 ST. LOUIS — The children at St. Louis Children’s Hospital got quite the surprise Thursday morning.

The day after the Blues opened the season, the Stanley Cup stopped at the hospital. Lord Stanley took photos with patients and their families.

It also stopped at several other spots in St. Louis, including Siteman Cancer Center.

The Blues raised their Stanley Cup Championship banner Wednesday night, but lost in overtime to the Washington Capitals. Vrana beat Jordan Binnington with a wrist shot to the upper corner for his first point in five career games against the Blues.

RELATED: Here’s the food you can get at Enterprise Center for the Blues’ new season