Harris the dog thrives after found near death along a St. Louis highway

He was found lying on the side of the highway on a piece of cardboard. Now, that Harris can walk is nothing short of a miracle 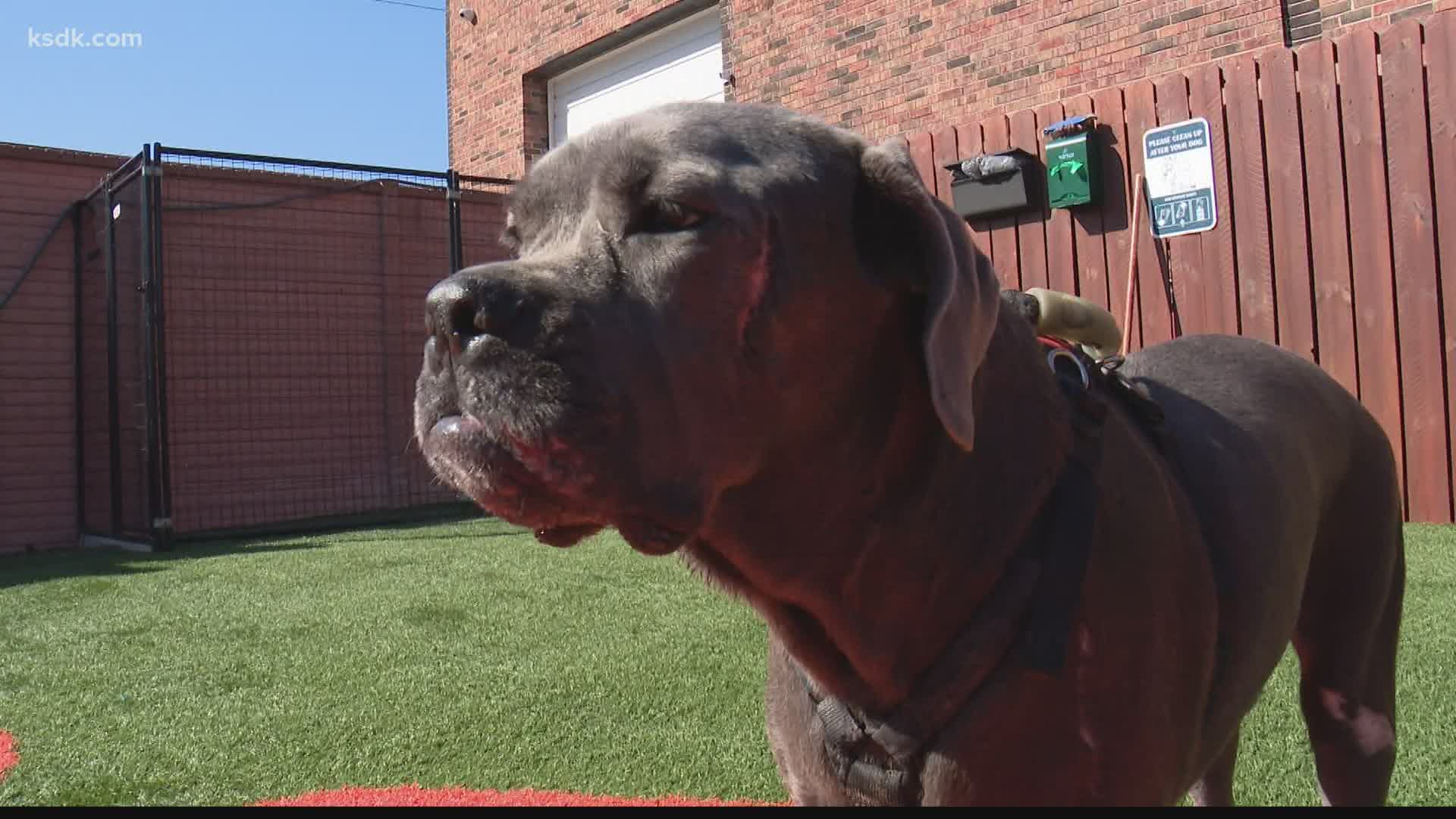 ST. LOUIS — It is understandable why some people can get down during the pandemic. But there are things in St. Louis that can lift your spirits and provide some motivation.

The journey for a big dog at Stray Rescue could inspire you to keep striving. He struts around the play yard as if he doesn’t have a care in the world. The fact that Harris can even set a pace is nothing short of a miracle.

“Virtually near death when he came to Stray Rescue,” Donna Lochman told 5 On Your Side.

Someone had tossed him aside. He was found lying on the side of Interstate 270, wrapped in a blanket on a piece of cardboard. The pics of Harris from 2019 are tough to see.

“He had some really deep wounds,” Lochman said.

He was also very skinny. He couldn’t stand or walk. There were doubts that he would survive.

“Touch and go for a long time,” she said.

Over the course of time, Harris made small achievements that were a big deal, like drinking water. Lochman called them “really important milestones.” And then seeing that initial signature walk of his was reason for celebration.

“He finally does it for himself for the first time, I mean we were just all ecstatic,” Lochman recalled.

The staff at Stray Rescue St. Louis believes Harris is just as happy about it, too.

“A little hard to tell because his facial expression is always the same,” she joked.

They believe love helped in his recovery.

“We love him beyond words,” she said.

Lochman does have a word to describe the inner strength that kept Harris moving forward.

“He could have so easily given up. Can’t describe his will any other way than strong,” she said.

She said they have learned from his fighting spirit, but there are some things about him they’ll never learn.

“Sometimes we say we wish they could tell us their stories. But then sometimes I don’t know if we want to know,” Lochman said.

But we do know that Harris is writing a new and better chapter to his life. The idea is for Harris’ comeback story to now be all about the good times.

“So grateful that he’s getting the opportunity to know that people do care about him,” Lochman said.

Harris lives full time at Stray Rescue because he suffers from seizures. If you would like to follow his journey check out Stray Rescue’s website here.