How much thought do you put into what you post on Facebook? Ever worry about getting in trouble for something you’ve said? You should. 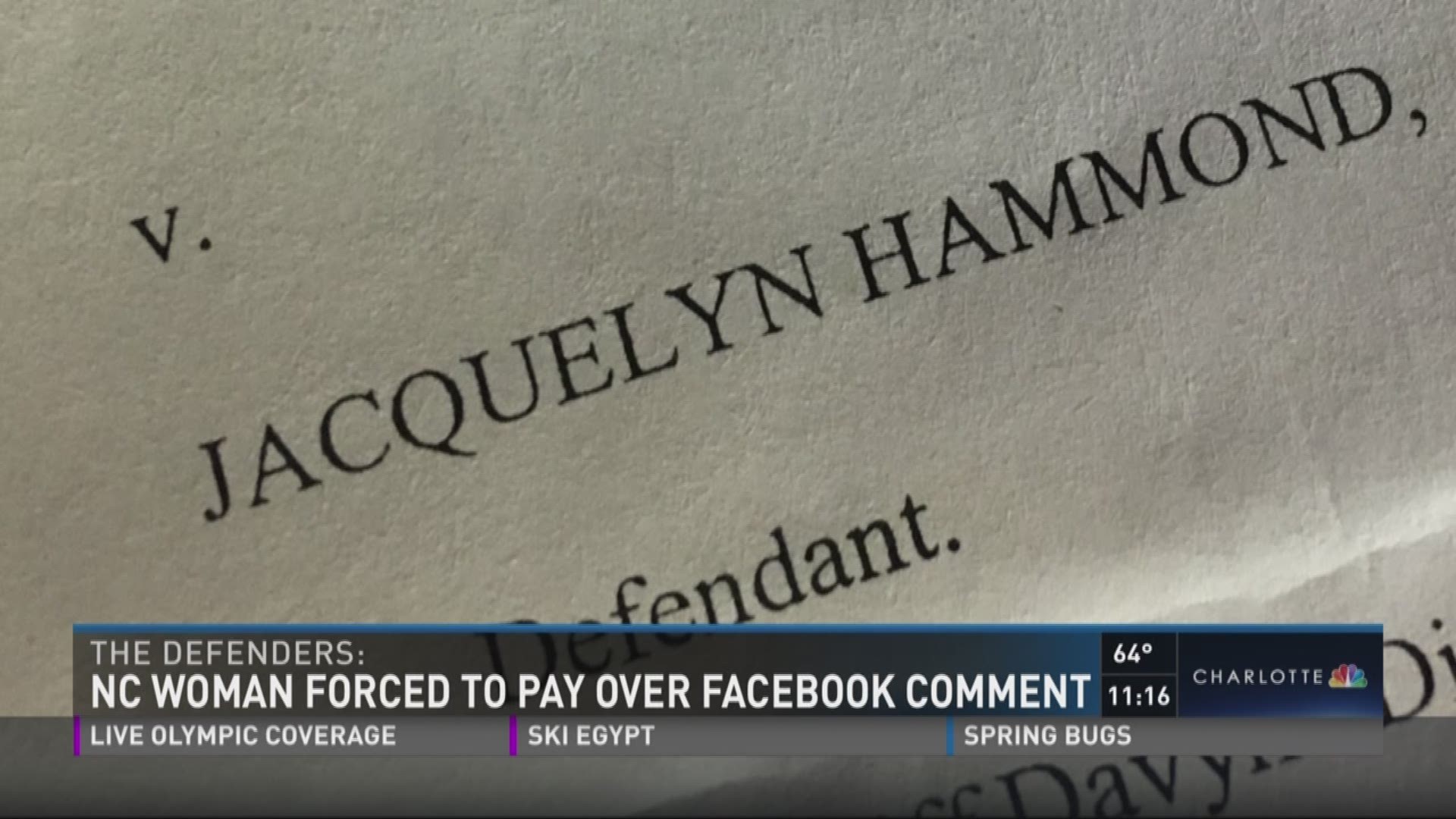 How much thought do you put into what you post on Facebook? Ever worry about getting in trouble for something you’ve said? You should.

Facebook, one of the easiest way to catch up on your friend's kids or see your college buddy’s travel pictures, has also turned into a place for venting. And worse — name calling and bullying.

“I don’t think we as a society realized how impactful a social media post could be,” Pai said.

An Asheville woman knows all too well. She was sued for what she posted.

“I think people today don’t recognize the importance of their words. Just because it is very easy to get your words out there does not mean you should,” says Charlotte attorney Missy Owen.

The lawsuit filed in Superior Court claims that in a Facebook post relating to someone she knew, Jacquelyn Hammond posted, “I didn’t get drunk and kill my kid.”

The woman Hammond was referring to had lost her son decades ago in a gun accident involving another little boy but had nothing to do with his death. So, the woman sued.

“You can get in trouble anytime you make a false statement about someone else that damages their character or reputation," Owens explains.

Truth is a defense to libel, but since it wasn’t true, the case settled. Hammond had to pay out a whopping $500,000 for her claim.

“It makes you think,” said Paj, who is very careful about what people post on her page. “In fact, people in the group have told others, 'well Neesha’s really protective,' and I am because it is my group and therefore my reputation. I don’t want people going crazy posting stuff.”

“Anybody who learns about this case should think twice before angrily posting on their Facebook page about somebody else if what they have to say is not true.”

Here's a good rule of thumb: If you go to post something, think twice. If you question it at all or even think you want someone else to approve it, it's probably best to just not post it.