The $24 million, state-of-the-art facility would come to be called simply Busch Stadium. And in April, 55 years ago, it was in the last very phases of construction. 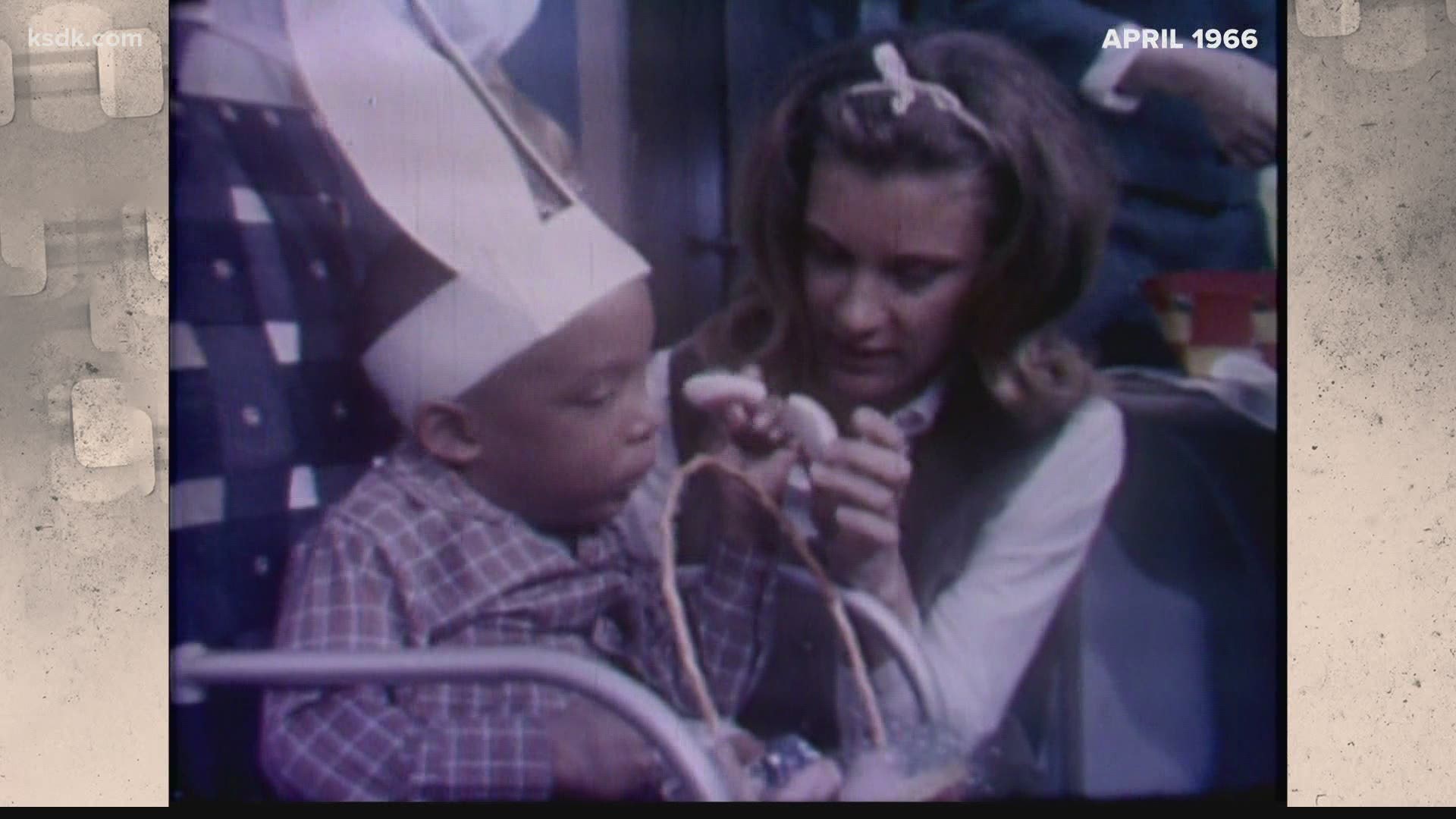 But the biggest news of the time was the completion of the brand-new home of the St. Louis Cardinals.

But the $26 million state-of-the-art facility would come to be called simply Busch Stadium.

And in April, 55 years ago, it was in the very last phases of construction, along with new parking garages, a motel and office buildings.

Then-Channel 5 reporter Chris Condon tackled the story, taking our cameras into the new stadium, and getting a progress report on the work during the first week of April. Opening day was set for May 12, and that was just one month away.

"Well I see you already have the infield laid out,” commented Condon, as he talked with a spokesman on the project. “What comes next out there on the field?”

“Well, they're shaping up the topsoil in the grid zone area and Wednesday of this week, sodding operations will begin and should be concluded by April 15.”

Crews had nearly completed the scoreboard, stands and the field. Lighting was also being tweaked and set.

"There has been no trouble at all,” the stadium spokesman told Condon. “Work on the scoreboard commenced about a week-and-a-half ago and has been moving along very well.”

“And apparently you're going to meet that May the 12th deadline with a little to spare?” asked Condon.

“I believe the important elements will be fully completed by May the 12th or maybe a few items will have to be completed at a later date."

Special ceremonies helped close out old Sportsman’s Park, the original home of the Cardinals for 100 years.

Credit: AP
FILE - In this Oct. 4, 1944, file photo, St. Louis Cardinals' Danny Litwhiler heads to first base as St. Louis Browns third baseman Mark Christman fields his ground ball before forcing out Browns' Ray Sanders, heading to third, for the third out during the third inning in the opening game of the 1944 World Series at Sportsman's Park in St. Louis, Mo. The Browns won 2-1. The last time the World Series was held in a single ballpark was 1944. (AP Photo/FIle)

In its final years, it had also been called Busch Stadium.

During the last game there, On May 8, 1966, a band played Auld Lang Syne as a helicopter airlifted home plate to its new home at Busch Memorial Stadium.

Credit: ASSOCIATED PRESS
Busch Stadium in St. Louis on August 20, 1991 home of St. Louis baseball Cardinals is scheduled to undergo some changes for the 1992 season. Some of the expected changes include shorter fences, now turf (artificial or grass), blue caps and button-down jerseys. (AP Photo/James A. Finley)

The Cardinals' first game against the Atlanta Braves was a sell-out with more than 46,000 on hand. In fact, the crowd was called the largest ever assembled for a sporting event in Missouri.

Oh, and the home team won that first game at the new Busch. The Cards beat the Braves 4 to 3 in 12 innings.