Named for an African American fighter pilot and a former U.S. Congressman, the Pruitt-Igoe Apartments was one of the largest public housing complexes in the country. 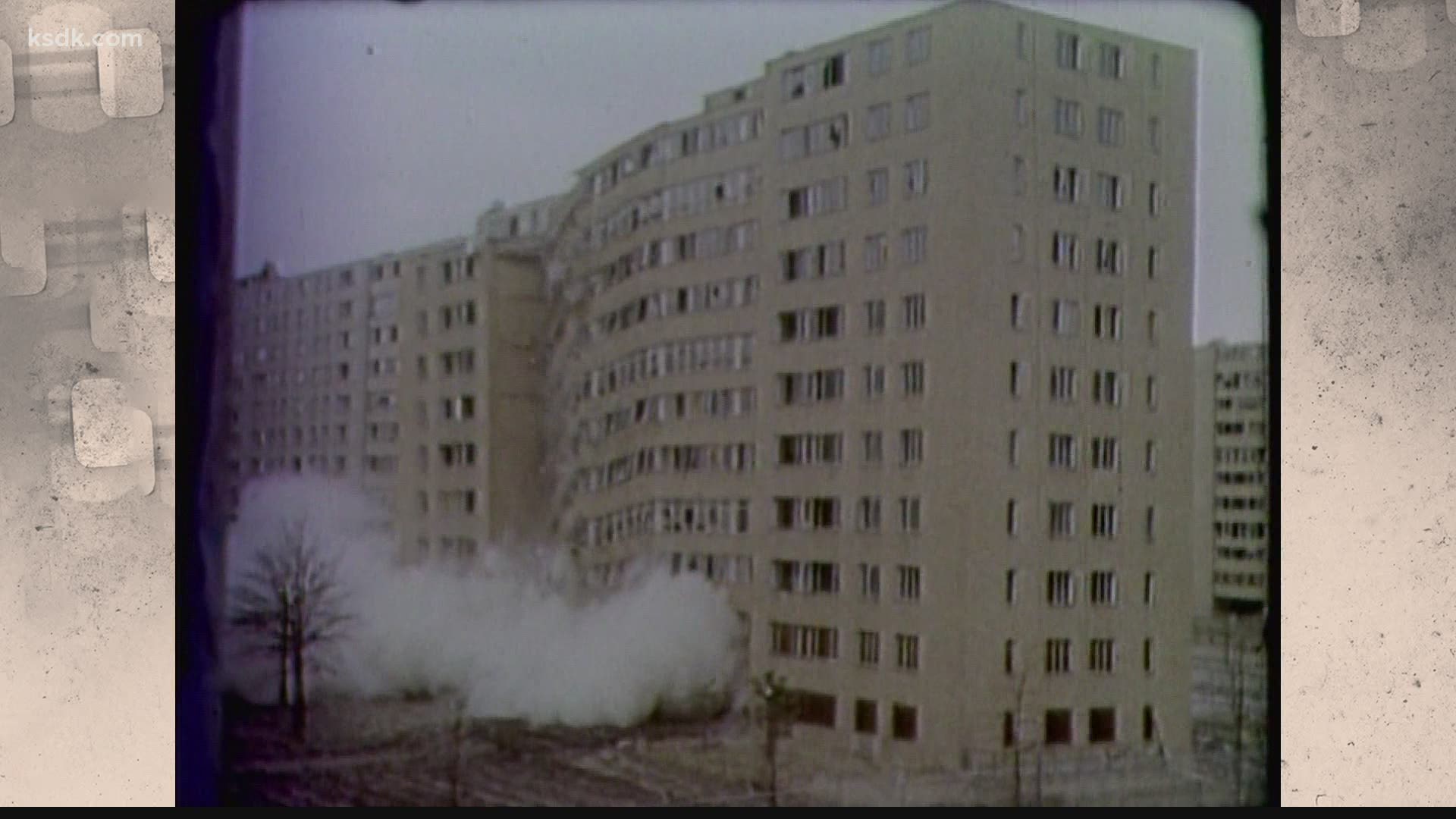 ST. LOUIS — It was considered a masterpiece of urban planning when it was built in the mid-1950s.

Named for African American fighter pilot Wendell O. Pruitt and a former U.S. Congressman, William L. Igoe, the Pruitt-Igoe Apartment Complex was one of the largest public housing complexes in the country.

But it would soon become a heartbreaking symbol of the failure of public housing, and the community's inability to address problems of racial segregation, poverty and crime.

By the mid-20th century, St. Louis was overcrowded, and housing that had been built in the 1920s and even 1940s was showing its age. Federal funding helped St. Louis build public housing.

That’s why there was so much hope when the 33 high-rise buildings that made up the Pruitt-Igoe Apartments were drawn by a famous architect in the 1950s. The complex was designed by architect Minoru Yamasaki, who also designed the World Trade Center towers and the St. Louis Lambert International Airport main terminal.

But in real life, the complex of buildings located at Jefferson and Cass on the Near North Side was a public housing failure almost from the start.

Over the next 16 years, the primarily African American families living in the apartments faced daily confrontations with crime and vandalism. Residents said police officers were afraid to go into the buildings.

They fell into disrepair, and by the late 1960s, many in St. Louis began calling for them to be torn down.

Then, more heartbreak in December 1970, when the body of a missing 8-year-old girl was found in an abandoned building on the property.

Still, there was some support for spending more money to fix the complex.

Here’s what U.S. Rep. William L. Clay told our Channel 5 reporter on December 14, 1970, when he was asked about whether Pruitt-Igoe should be saved.

"Pruitt Igoe is a mistake and we ought to recognize it as such,” said Rep. Clay. “If we have any money available, it should be for the purpose of tearing Pruitt-Igoe down and building houses on a scattered site basis without concentrating large numbers of people from low income backgrounds in such an area as the Pruitt Igoe complex."

A years-long struggle to tear them down would finally bring an end to Pruitt-Igoe in 1972. One by one, the buildings would be brought down.

"We don't use much dynamite. It's all gravity," a demolition expert told our reporter.

More implosions would follow over the next three years. The site was finally cleared in 1976.

Today, the former Pruitt-Igoe site sits right next to the site of the National Geospatial-Intelligence Agency’s new headquarters, which is under construction.