This vintage toy shop is like stepping back in time

“People come in and kind of relay their memories. Every day it happens. A lot of oral history that goes on with toys" 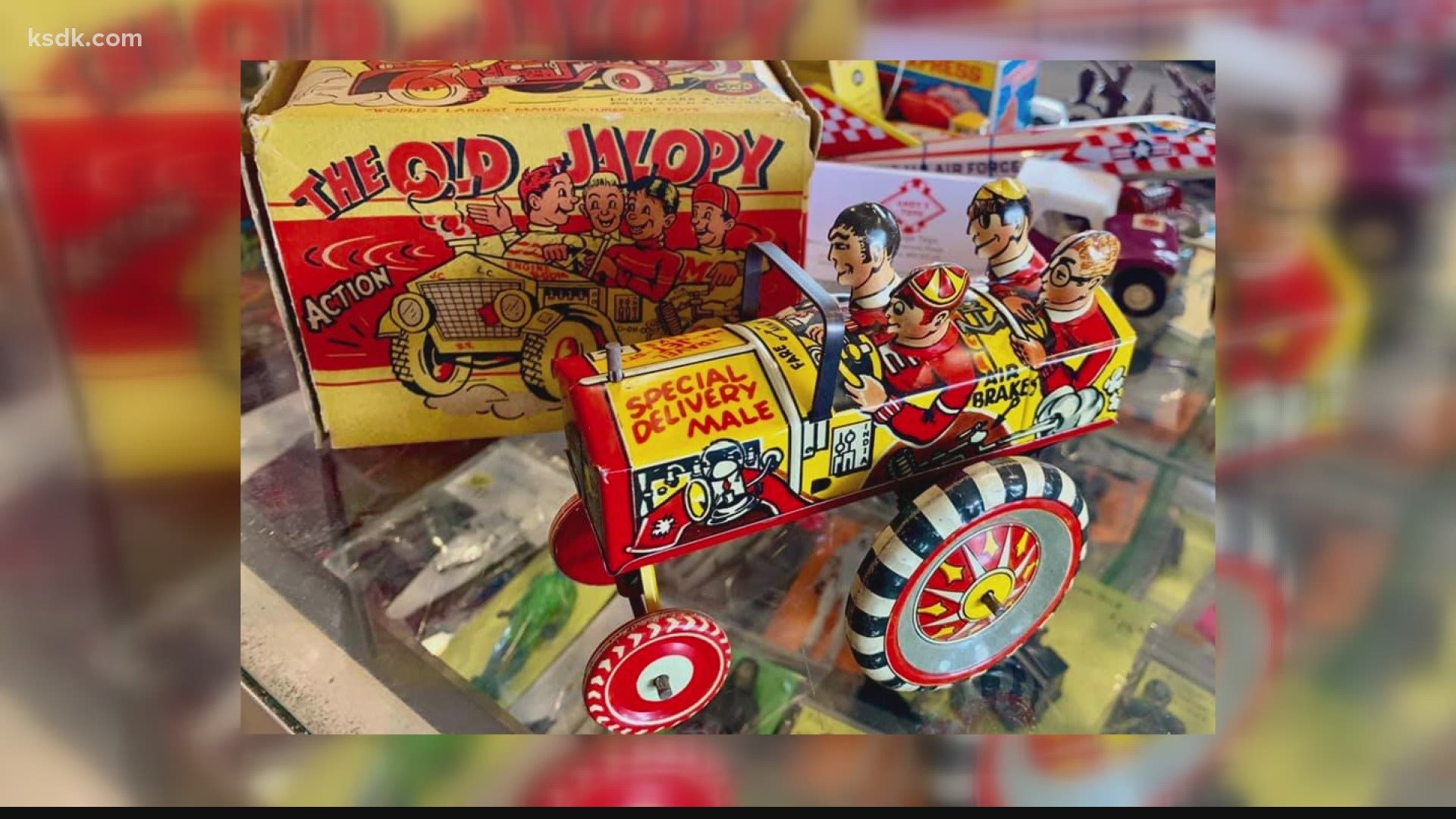 ST. LOUIS COUNTY, Mo. — The City of St. Louis played an influential role in the development of toys in America. The Metal Craft Company made toy planes and trucks here dating back to the 1920s.

Andy’s Toys in Shrewsbury is one of the local places where you can still find the vintage toys. Andy’s has a variety of toys you don’t see on many store shelves. A walk inside of the store is like strolling back in time.

Owner Andy Tolch hears stories from his customers about the toys they used to play with as kids.

“People come in and kind of relay their memories. Every day it happens,” Tolch told 5 On Your Side. “A lot of oral history that goes on with toys.”

Andy’s Toys preserves much of that history, including many toys that required some pretending during playtime.

“You kind of built your day with your friends around that one or two toys. We had to make do with what we had,” Tolch said.

Evolution changed the type of toys being sold.

“Radical changes. All the classic toys kinda go away,” he said.

The classics were eventually replaced by the gizmos of today.

Kids play more with video games and handheld gadgets. Batteries may be required, but there isn’t always a need for imagination.

“The kids now are more in the moment. It’s kind of laid out for the kids a little bit more,” explained Tolch.

But Tolch pointed out that a little imagination can turn into inspiration.

“Had an elderly gentleman bring in his Erector set and he also brought in his chemistry set. And he said, ‘Maybe it worked because I became an engineer.’ Sometimes toys can inspire us and we don’t even realize until later in life.”

If those toys are able to have a long life, they could be worth a buck or two one day.

But as parents decide on a toy to put under the Christmas tree, Tolch believes you should look for playability and not collectability – a toy to play with that could have your kids reminiscing one day.

If you would like to visit Andy’s Toys, it is located at 7146 Villanova Plaza near MacKenzie and Watson roads.