This 10-foot-long Amazonian river monster showed up in Florida

The arapaima is the state's newest invasive species and it could pose a threat to our native wildlife. 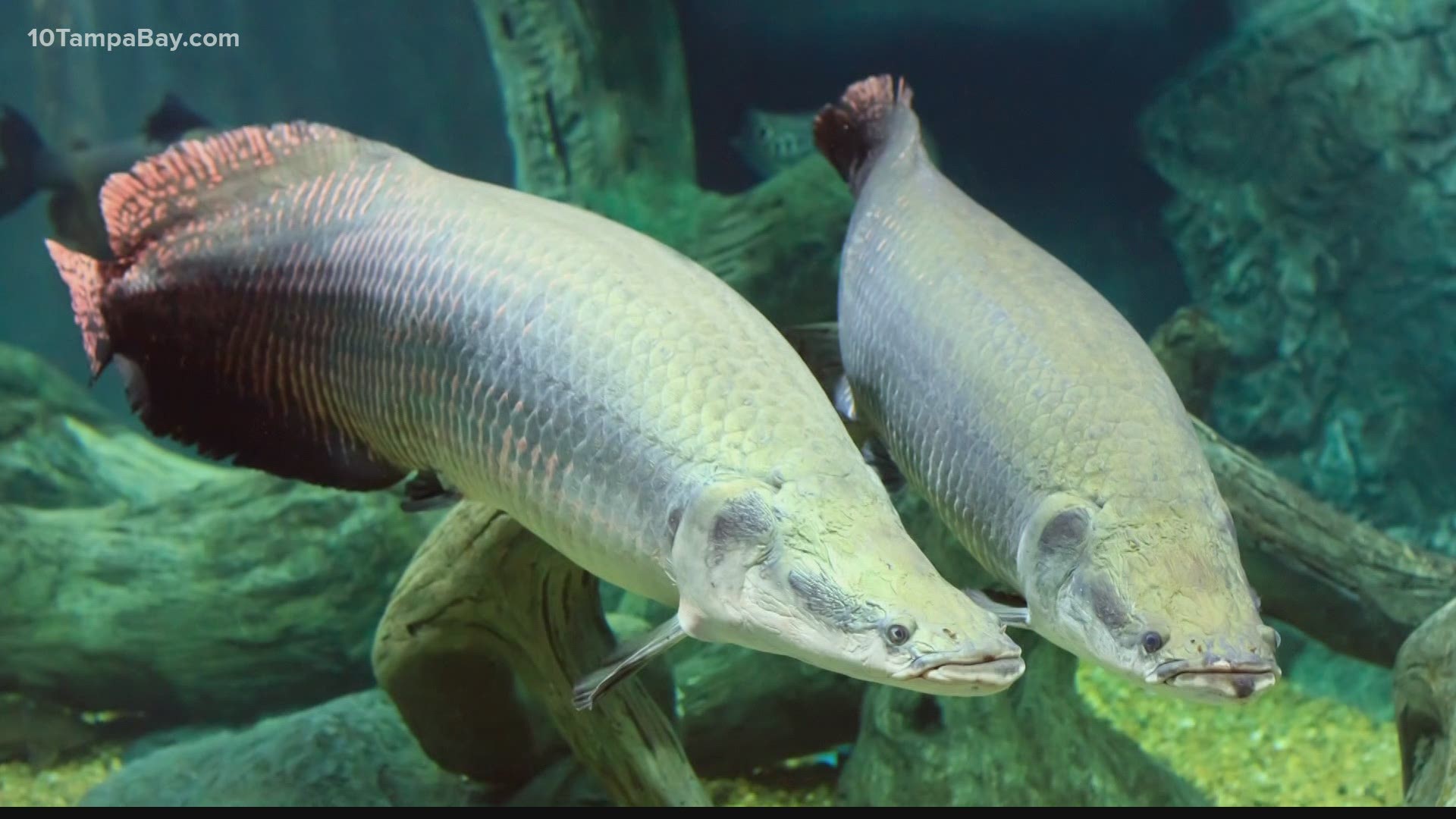 FLORIDA, USA — Native to Brazil, Peru and Guyana, arapaimas are referred to by some as the "cod of the Amazon." So what is it doing in Florida?

These massive creatures are not what you would typically find in the Sunshine State. Arapaimas can grow up to 10 feet and weigh up to 440 pounds. They can survive as long as 24 hours outside the water and are said to have impenetrable scales.

That's why some are worried after a dead arapaima recently washed ashore in Cape Coral’s Jaycee Park along the Caloosahatchee River, which runs from Lake Okeechobee west to the Gulf of Mexico.

Arapaimas feed by using their mouths like vacuums to suck up nearby food like fish, fruits, seeds, and insects. Known as fierce predators, they can also use short bursts of speed to leap out of the water and grab birds, lizards, and small primates.

Recognized as non-native species by the FWC, these fish could pose a threat to our native Florida wildlife. They could interrupt our local ecosystems and affect our tourism industry, as they feed on commercially important fish, according to CBS news.

However, it's not yet know how many arapaimas are in Florida or if they've even reproduced in the state.

The arapaima is possibly the largest freshwater fish in the world, according to Smithsonian's National Zoo & Conservation Biology Institute. It can also lay thousands of eggs at a time and live for up to 20 years.

You can visit the FWC website for more on the state's conservation efforts against non-native fish and wildlife.