Be 'bear aware,' Missouri Department of Conservation says bears are on the move

Bear numbers in Missouri have increased significantly over the last 50 years, according to MDC 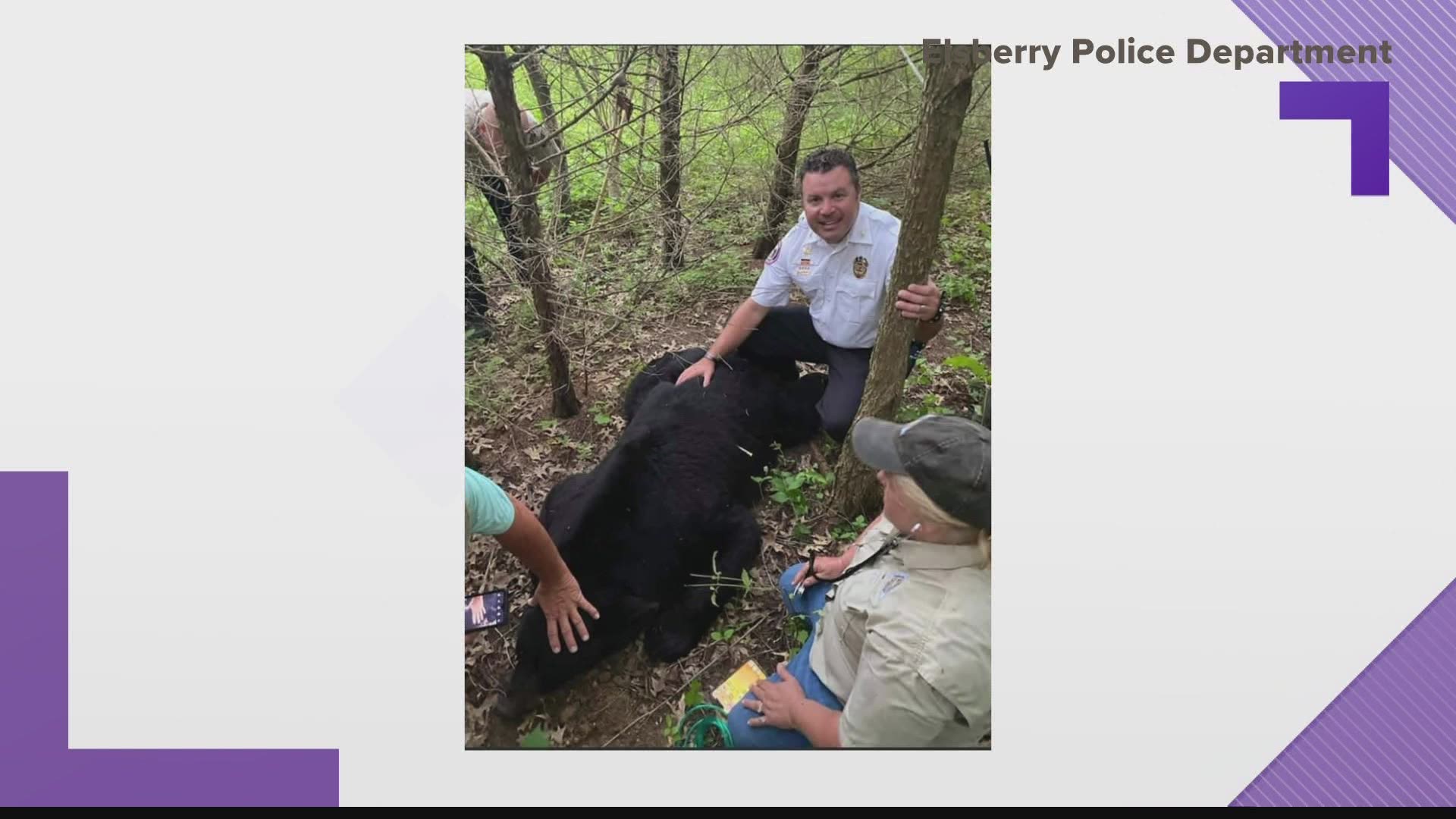 JEFFERSON CITY, Mo. — The Missouri Department of Conservation wants to remind people to “be bear aware.”

According to the Missouri Department of Conservation (MDC), bear numbers in Missouri have increased significantly over the last 50 years and Missouri is now home to between 540 and 840 black bears. MDC also reports that bear numbers are increasing by nearly 9% each year and bear range in the state is also growing.

MDC said the black bear is one of the largest and heaviest wild mammals in the state with some that get up to 500 pounds. It also said black bears are generally shy and non-aggressive.

The department also emphasized people should never approach or feed a bear. Intentionally feeding bears can be dangerous because it makes the bears comfortable around people, MDC said. It can also lead bears to cause significant damage to property while searching for a meal.

“Bear numbers are growing and sightings are becoming increasingly more common in areas of the state that have not seen bears for many years,” she said. “That also has more people interested in Missouri black bears. So far in 2020, we’ve already received nearly 250 bear reports with multiple reports coming from areas around Lake of the Ozarks and along I-44.”

MDC noted that’s an example of how far bears can travel and how many people are interested in them. MDC said Bruno was suspected of traveling from Wisconsin, through Illinois, and into Missouri in early July. It swam the Mississippi River from Illinois and entered the Show-Me State near Elsberry before making its way into St. Charles County near Wentzville. There, it found itself stuck between major highways just north of I-70 and near I-40/61 with a gathering of hundreds of people watching it nearby.

MDC made the decision to tranquilize Bruno to move him to a more bear-friendly area.

“When bears lose their fear of humans, they could approach people in search of food or may defend the food sources or territory they associate with food provided by people, which can make them dangerous,” Conlee said. “When this happens, the bear cannot be relocated and has to be destroyed. A fed bear is a dead bear.”