Get your feeders out! How to help hummingbirds as they migrate back for spring 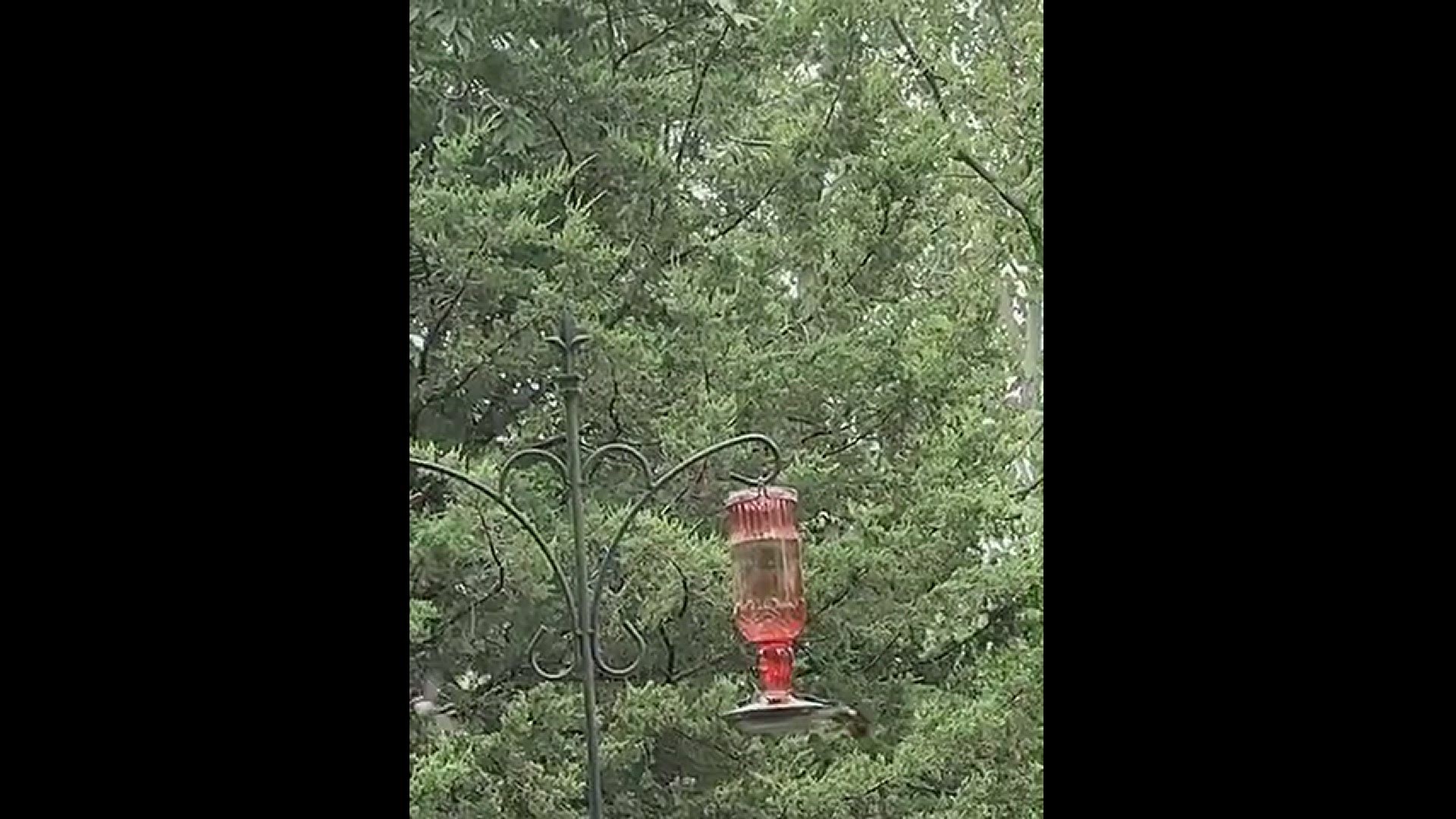 According to the Missouri Department of Conservation, hummingbirds will begin making appearances in Missouri in mid-April and some have already been reported in Arkansas.

That means it's time to fill those feeders up with nectar again for our tiniest bird friends!

Hummingbirds can lose up to half their bodyweight during their migration back to our area from Mexico and Central America.

“During migration, many fly non-stop over the Gulf of Mexico from the Yucatan Peninsula to the Gulf Coast of the U.S. – and then they do it again in the fall,” MDC state ornithologist Sarah Kendrick said. “That’s why so many use feeders in the spring – they’ve just arrived, and they’re hungry!”

The MDC said the diet of a hummingbird consists of flower nectar, tree sap and small insects. The department also said those who put out feeders should avoid adding red dye to sugar water.

“Adding red dye to hummingbird nectar is completely unnecessary – the birds are still attracted to the red of the feeder and the dye could be harmful to the birds,” Kendrick said. “Hummingbirds drink the sugar water without the coloring. May as well save yourself a step and err on the side of caution.”

Hummingbirds can be important pollinators for plants and can make a large impact on an ecosystem despite their tiny size.

“Hummingbirds are important pollinators for many plants that require a long-billed pollinator and they also eat numerous insects,” Kendrick said. “They bring a lot of joy to many people who feed and watch them, and draw people in to learn more about other birds and nature.”

To learn more about hummingbirds native to our area and how to make your own sugar water for a feeder, you can visit the MDC's website.