An estimated 6,000 pounds of fish was collected near Encantada Avenue. 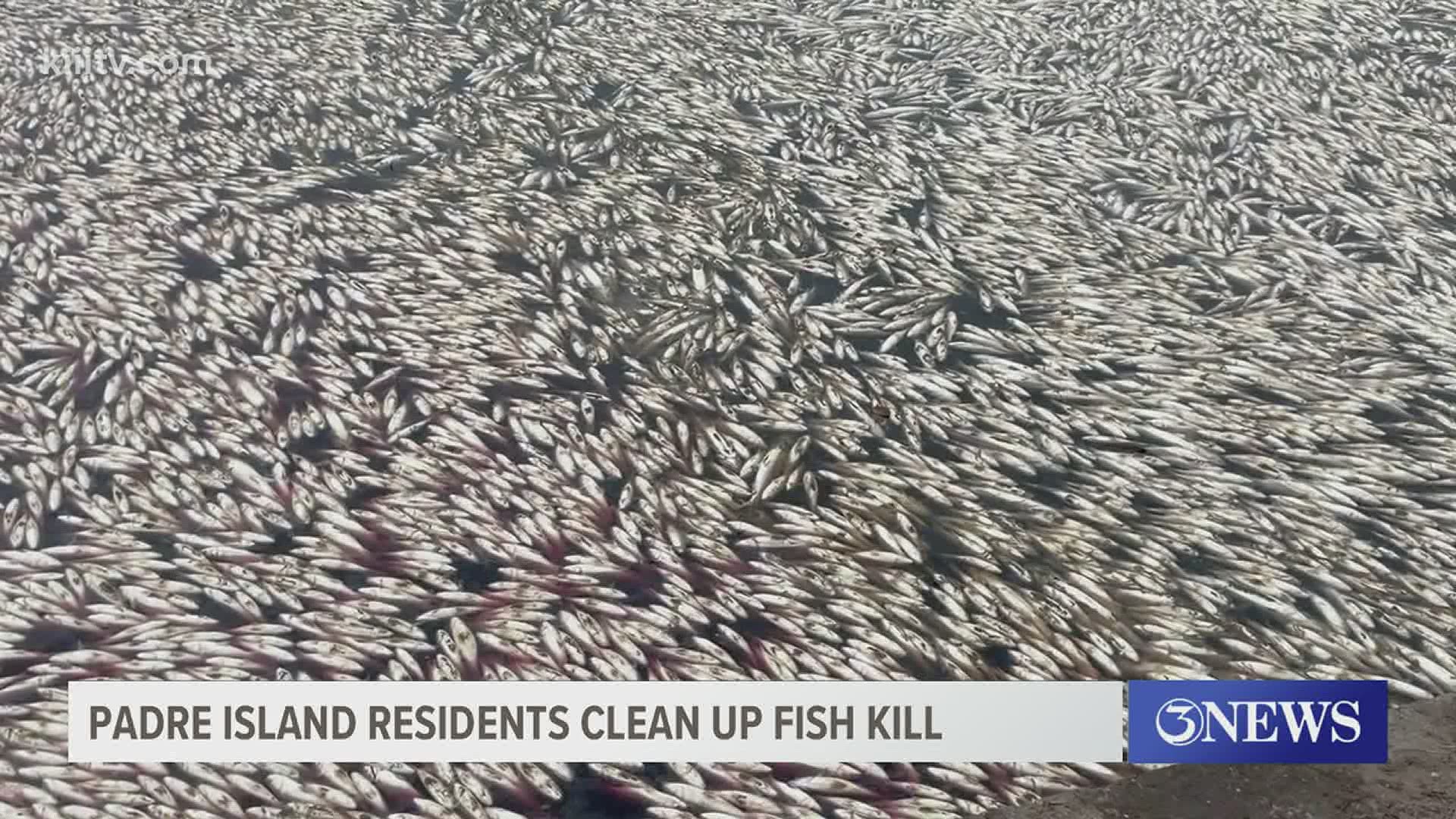 CORPUS CHRISTI, Texas — Editor's note: KIII 3 News has corrected an error in reporting in this article saying this was the largest fish kill in history. We have since learned that data won't be available until April.

Residents became concerned after thousands of fish began surfacing on the beach and most recently in the canals near Encantada Avenue following last week's historic winter storm.

Lindsay Bertram, who has only been a Padre Island resident for a year, said her and her family, along with many islanders, did not hesitate to join in on the clean-up effort after thousands of dead fish began surfacing in the community's canals.

"All of these people have been here for several days," Bertram said. "We love the community and we want to be part, and you can't just be a part of the community when it's fun but you have to be a part when it's hard."

Marvin Jones, President of the Padre Island Property Owner Association, said with the help of volunteers, they were able to collect 120 trash bags full of fish, each bag weighing about 50 pounds, leading to an estimated total of 6,000 pounds of fish!

Jones said in a Facebook post that he is thankful for the volunteers who continue to work on the clean up effort.

Jones asks that if you see fish surfacing near you, to put them in a sturdy trash bag and leave it on your curb. Then call (361) 949-7025 and the PIPOA will pick it up from you.

For the latest updates on coronavirus in the Coastal Bend, click here.

More from 3News on KIIITV.com: