Saint Louis Zoo chimpanzee to give birth this fall 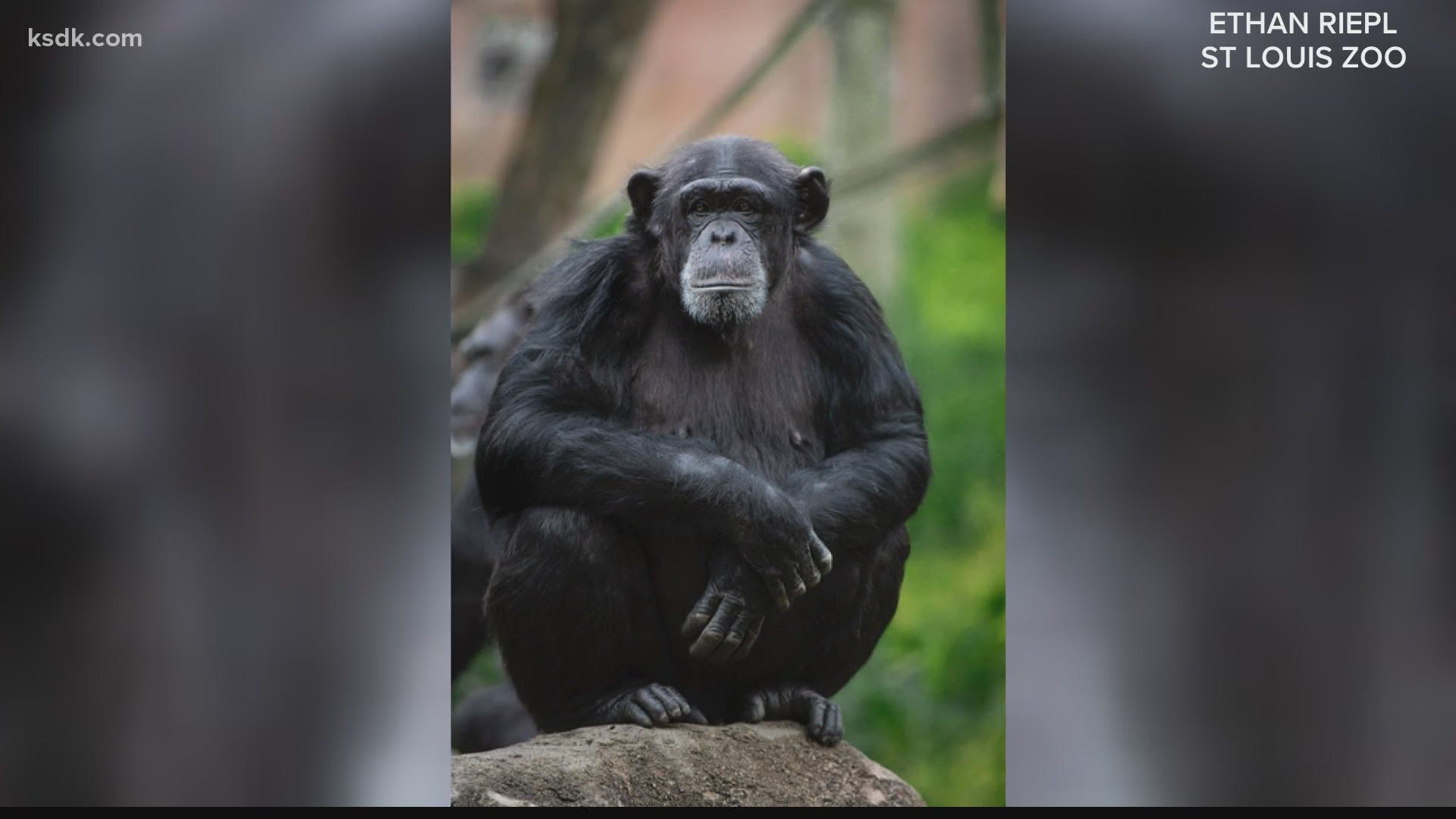 ST. LOUIS — A chimpanzee at the Saint Louis Zoo is pregnant and due to give birth this fall at Jungle of the Apes.

Utamu and her mother, Rosebud, came to St. Louis from Zoo Miami in 2007. Chimpanzee females learn maternal care from their mothers and the close bond between the two should be beneficial in helping Utamu raise her own baby, the zoo said in a news release.

In September of last year, Utamu gave birth to her first baby. Unfortunately, the baby was stillborn or died shortly after birth.

“The loss of the baby was incredibly sad for all of us,” said Heidi Hellmuth, curator of primates at the Saint Louis Zoo. “Utamu showed a lot of positive behaviors during her pregnancy. Additionally, she was mother-raised by Rosebud, and that experience, along with Rosebud’s presence as an experienced ‘grandma,’ are hopeful signs that she’ll know how to care for her newborn this year.”

Credit: Saint Louis Zoo
Utamu on the right, Rosebud on the left

Kijana, 28, is the presumed father. Since there are other males in the troop, a blood test will be done when the baby is older to officially determine paternity, the zoo said.

“Kijana and Utamu bonded from the moment they met and were instant allies and are often seen playing or grooming together,” said Helen Boostrom, zoological manager of primates.

Kijana’s integration into the zoo’s chimp troop was based in part on a breeding recommendation with Utamu by the Zoos and Aquariums Chimpanzee Species Survival Plan.

The gestation period for chimps is between eight and eight and a half months, the zoo said. In preparation for birth, the primate keepers trained Utamu to allow ultrasound exams. She is monitored closely by a team of caretakers, while keeping her life as normal as possible.

“The primate team working with our chimpanzee troop is very experienced and highly skilled. Their expertise in caring for these critically endangered animals was a key part of the successful integration of Kijana into the troop for this breeding recommendation. The strong, trusting relationships they have built with the chimps is integral in providing the high level of care and training to prepare for this important pending birth,” said Hellmuth