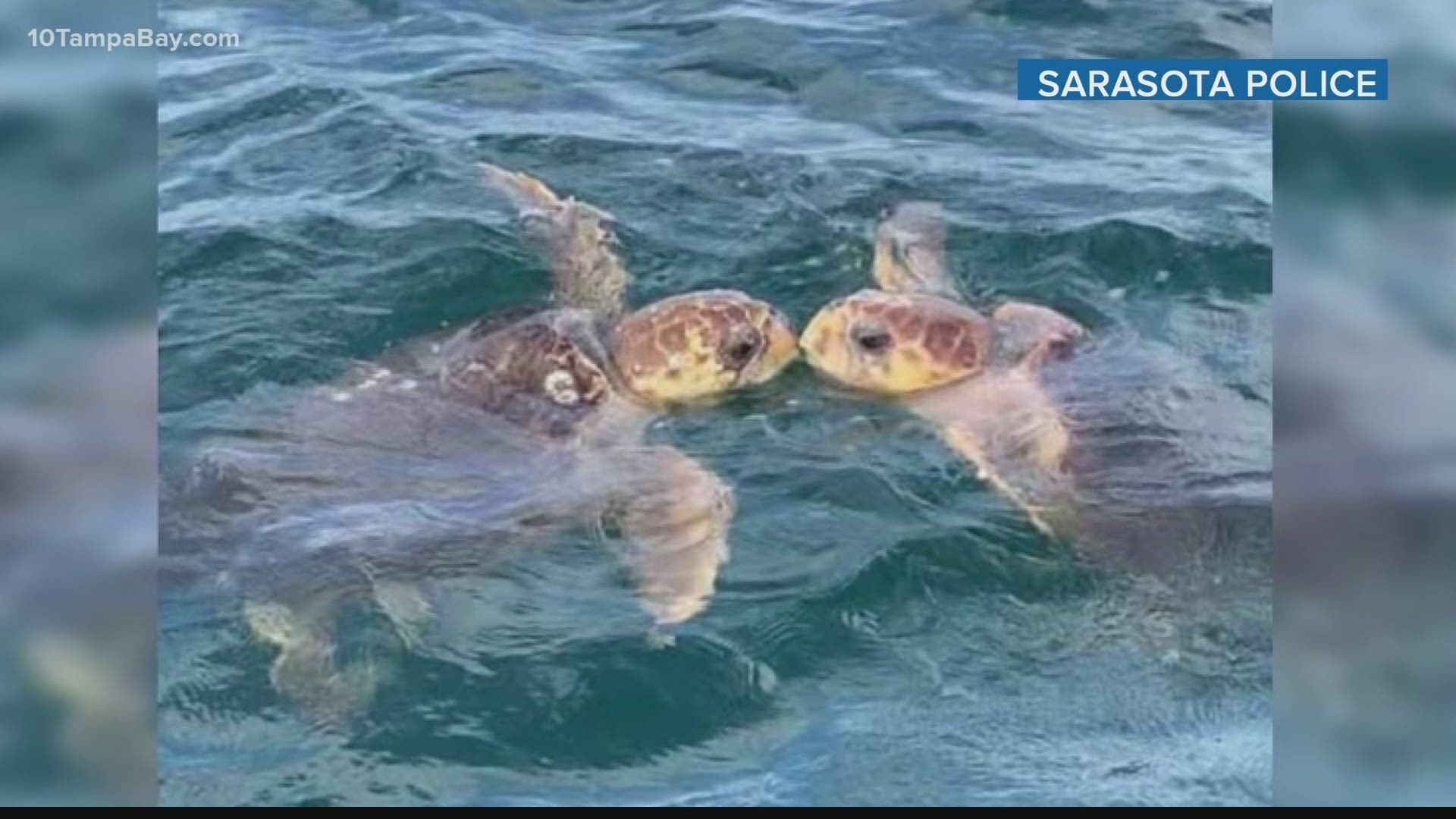 SARASOTA, Fla. — It looks like love is in the air-- or the water in Sarasota Bay.

The Sarasota Police Department managed to capture the moment it appears two sea turtles are sharing a kiss.

The perfectly-timed photo was taken while officers were patrolling the bay to protect marine life during the Sarasota Powerboat Grand Prix.

The powerboat races took place near Big Sarasota Pass off Lido Key on June 26 and 27 as part of an event raising money for local charities in Sarasota.

The sea turtles aren't the only creatures recently caught on camera in the area. A group of local anglers captured a video of a shark snatching a tarpon right off their line in Sarasota Bay last week.