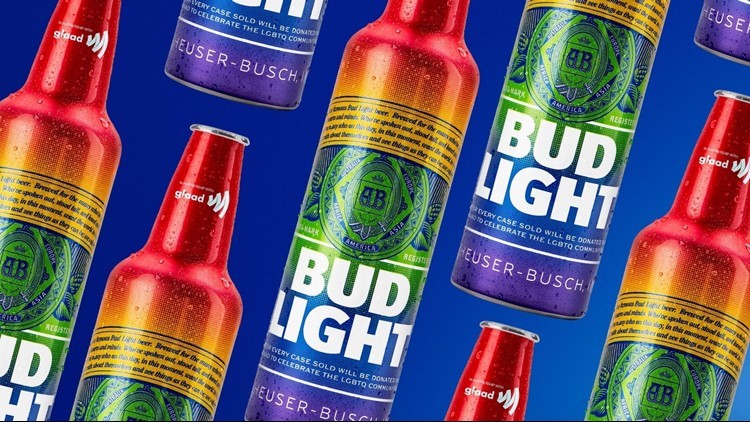 Pride Month is right around the corner, and Bud Light is joining the celebration by releasing rainbow bottles.

The slick new design not only helps celebrate Pride, but some of the proceeds will benefit GLAAD, an organization that promotes LGBTQ acceptance.

Bud Light said in a press release it will donate $1 to GLAAD for every case sold up to $150,000. The company said the donation is going to help GLAAD in its efforts of “creating a world where everyone can live the life they love."

The bottles won’t be hitting supermarket shelves. Instead, they will be sold at exclusive bars and a few events throughout June.

The rainbow pride flag inspiration isn’t the only thing the specialty bottles will have on them. Instead of the usual Bud Light creed, they will have words of inclusivity and support.

8th grader who was a rising football star shot and killed at Metro East party, another teen injured

'We're hurt, we're sad' | Mooresville community mourning the loss of K9 Officer shot and killed in the line of duty

Over 2M pounds of P.F. Chang frozen dinners recalled due to allergen risk