Carving John Lewis Freedom Parkway out of a freeway corridor

'It gave me great pleasure to put his name on one of the roads that he voted against,' said Andrew Young. 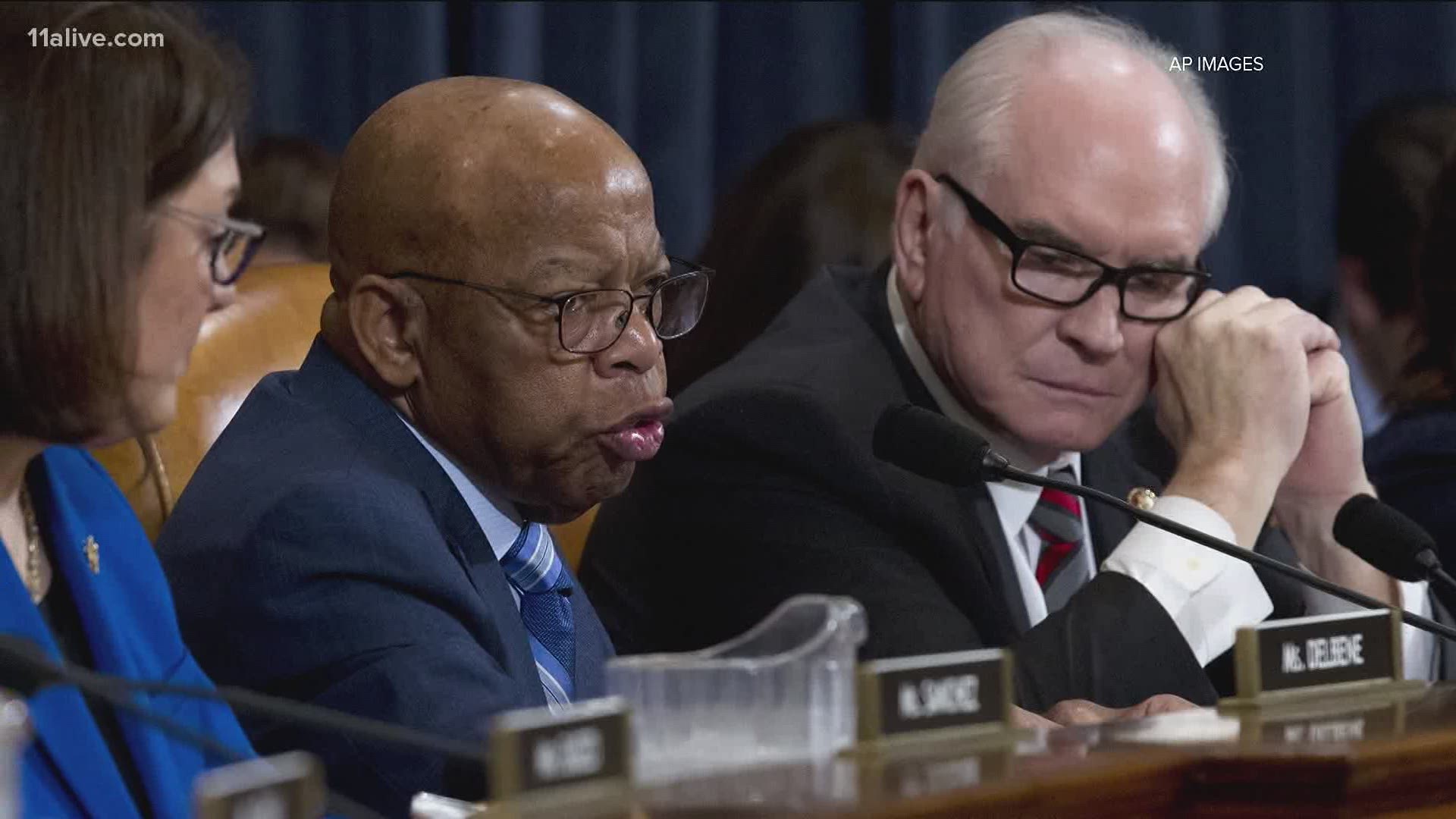 ATLANTA — When he was part of the Atlanta City Council, John Lewis was part of what became the largest freeway revolt in the city's history.

Freeway highway traffic in Atlanta is infamous. The number of cars and trucks is legendary.

But to be honest, there could have been even more. Had all of the freeways that were originally planned for the inner part of Atlanta been constructed, the freeway traffic inside of Atlanta could have included much more traffic than we see today.

In the early years of the development of the interstate highway system, several different alignments were discussed regarding the placement of freeways inside what is now Interstate 285.

One of those proposals included the development and construction of an eight-to-ten lane wide freeway running parallel to and about three miles east of today's Downtown Connector.

This highway -- which would have been called Interstate 485 -- would have run from the current south end of Georgia 400, southward to connect with the northern end of I-675 to the south of Atlanta.

Through multiple alignments and multiple citizens' revolts, the highway configurations and routings were changed over more than a decade.

During the early 1980s, while Andrew Young was Atlanta's, John Lewis was a member of the city council.

The two new highways would have intersected just east of downtown Atlanta.

"It gave me great pleasure to put his name on one of the roads that he voted against," Young said, laughing.

Today, the land that had been cleared for the massive stack exit complex houses the Carter Center. The roadway opened in the 1990s as Freedom Parkway, and in 2018 rededicated to the life and legacy of John Lewis.

Among several sculptures that sit upon the roadway is a 2005 piece by the late Alabama artist Thornton Dial titled "The Bridge."

Using mixed media, Dial formed a bridge-like structure representing Lewis' lifetime of work geared toward advancing civil rights and human rights. The sculpture ties Lewis' work to the efforts of the neighborhoods in that area who fought to prevent the demolition of homes and businesses for construction of what would have been Interstate 485.

You can see "The Bridge" at the corner of John Lewis Freedom Parkway and Ponce de Leon Avenue.

The John Lewis Freedom Parkway is a far cry from the eight lanes of screaming freeway traffic that would have passed through the corridor otherwise.

‘They fought so we could exist’: Young activists react to John Lewis, C.T Vivian deaths

The process of replacing Rep. John Lewis in the US House