Dog fighting is still a thing, and this photographer is on a mission to end it

"I hope it sheds light and dispels this myth that these dogs are monsters. They're not." 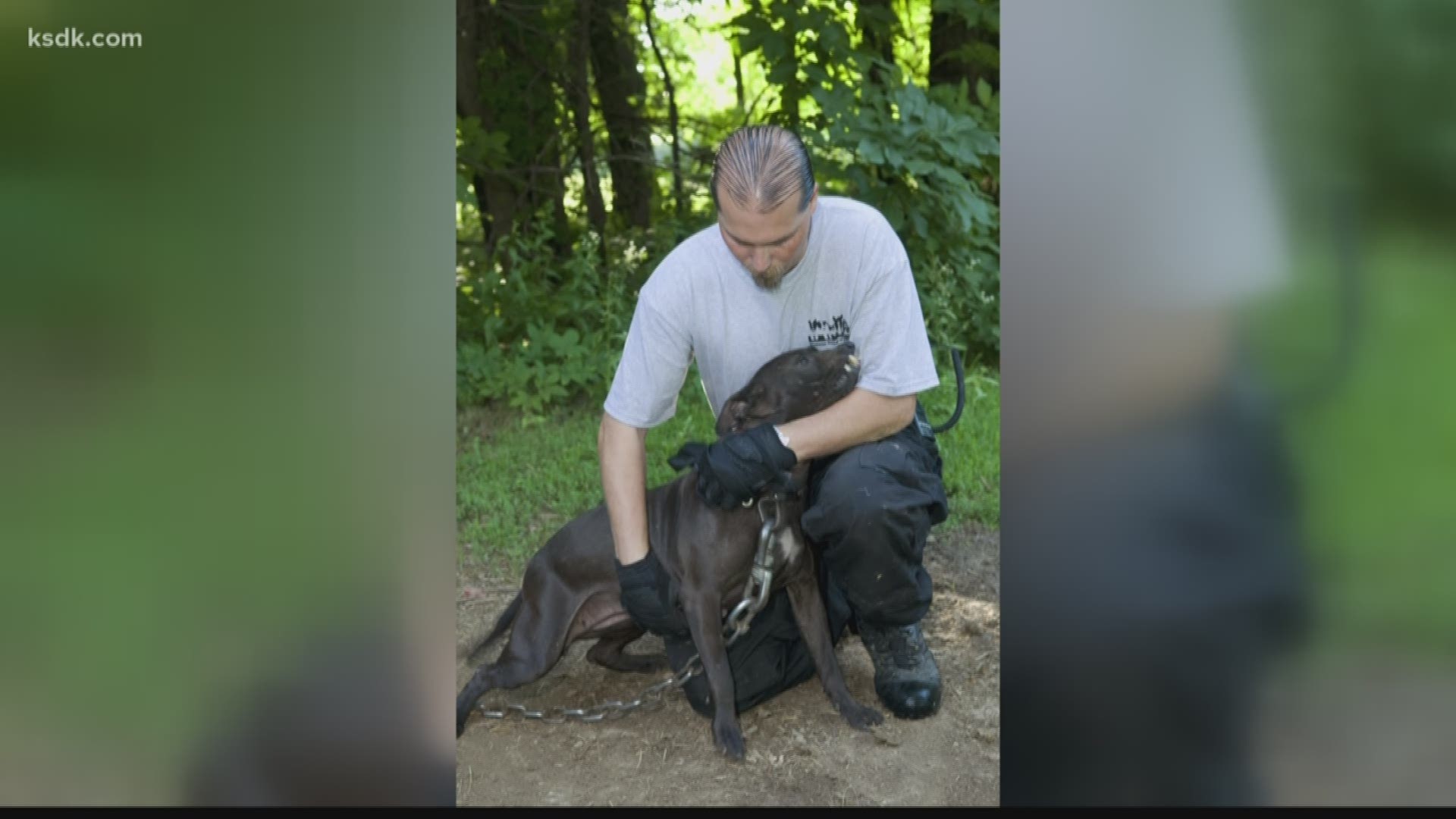 ST. LOUIS — You didn't have to live in Missouri in 2009 to hear about the Missouri 500. It was, and still is, one of the largest dog fighting busts in U.S. history.

The undercover operation spanned seven states. It ended with 26 people arrested and at least 500 dogs safely rescued. But for more than 100 dogs it was too late. They had to be put down due to their injuries.

Of those arrested, four Missouri men were sentenced to one year and a day in prison after pleading guilty to federal animal fighting laws.

The details of that bust are disturbing; they're infuriating if you’re an animal lover. What's worse, is that it’s still going on. No one knows that better than photographer Mike Bizelli.

He tags along with the Humane Society of Missouri when rescuers break up dog fighting rings. He was there 10 years ago for the Missouri 500 bust and continues to share the heartbreaking stories today to put an end to the culture of animal cruelty.

"Dog fighting is everywhere. I've been to the middle of nowhere in Missouri in a snow storm. I’ve been to Davenport, Iowa, Columbus, Ohio, the Bronx," Bizelli rattled off the places he’s seen some of the worst animal cruelty.

The one that sticks in his mind the clearest was the Missouri 500.

"On the eve of that trip, I was up near Hannibal. I was a little anxious, and we got on the site real early in the morning. It is unnerving when about 20 or 30 pit bulls come out of their enclosures dragging their chains," he recalled.

Bizelli thought he was there to photograph monsters, and he was sure he'd found one when he locked eyes with Faye.

"It was still pretty dark out, but in this plywood box I saw this dog. It was a black dog and all I could see was teeth. I called over to Tim Ricky, who was in charge of the operation, and I said, 'Tim, watch out man, here’s a mean one. She's showing me nothing but teeth.'"

"Tim came up and he went right up to her and he knelt down and he embraced her and he said, 'She's not mean, she's had her lips cut off,'” he recalled.

That first bust was eye opening for Bizzeli.

His pictures and experiences are now part of a photo documentary called 'Last Day on a Chain.'

"I hope it sheds light and dispels this myth that these dogs are monsters. They're not," explained Bizelli.

The book follows these dogs from their rescue, to their rehab, and for many, their second chance at life.

Todd and Amy Ribick adopted two pit bulls who came from dog fighting situations.
12-year-old Ellie and 10-year-old Carl. The Ribick’s say both had their issues to overcome, but with a lot of love and a good home, they are the best furry family members.

"We believe she was just used for breeding," said Amy as she stroked Ellie’s head.

Todd explained how Carl can’t really bark or make sounds. That is a result of the dog fighting culture. Often, these people will do things to the animals to silence them.

Todd said, "He was more of a case of a city street fighting situation and chained up in a yard and fortunately the right people showed up at right time and got him out of there."

Now Ellie and Carl are living out their life in a good home. But for every success story like this, there's many more dogs still on chains.

Bizelli explained, "Its big money. A grand champion is a winner of five fights and its offspring will be worth thousands of dollars to these dogfighters. It’s up to prosecutors and judges to inflict maximum prison time and fines for these people. It’s just a cruel, cruel adventure."

For more info on Last Day on a Chain click here: https://www.kickstarter.com/projects/lastdayonachain/last-day-on-a-chain 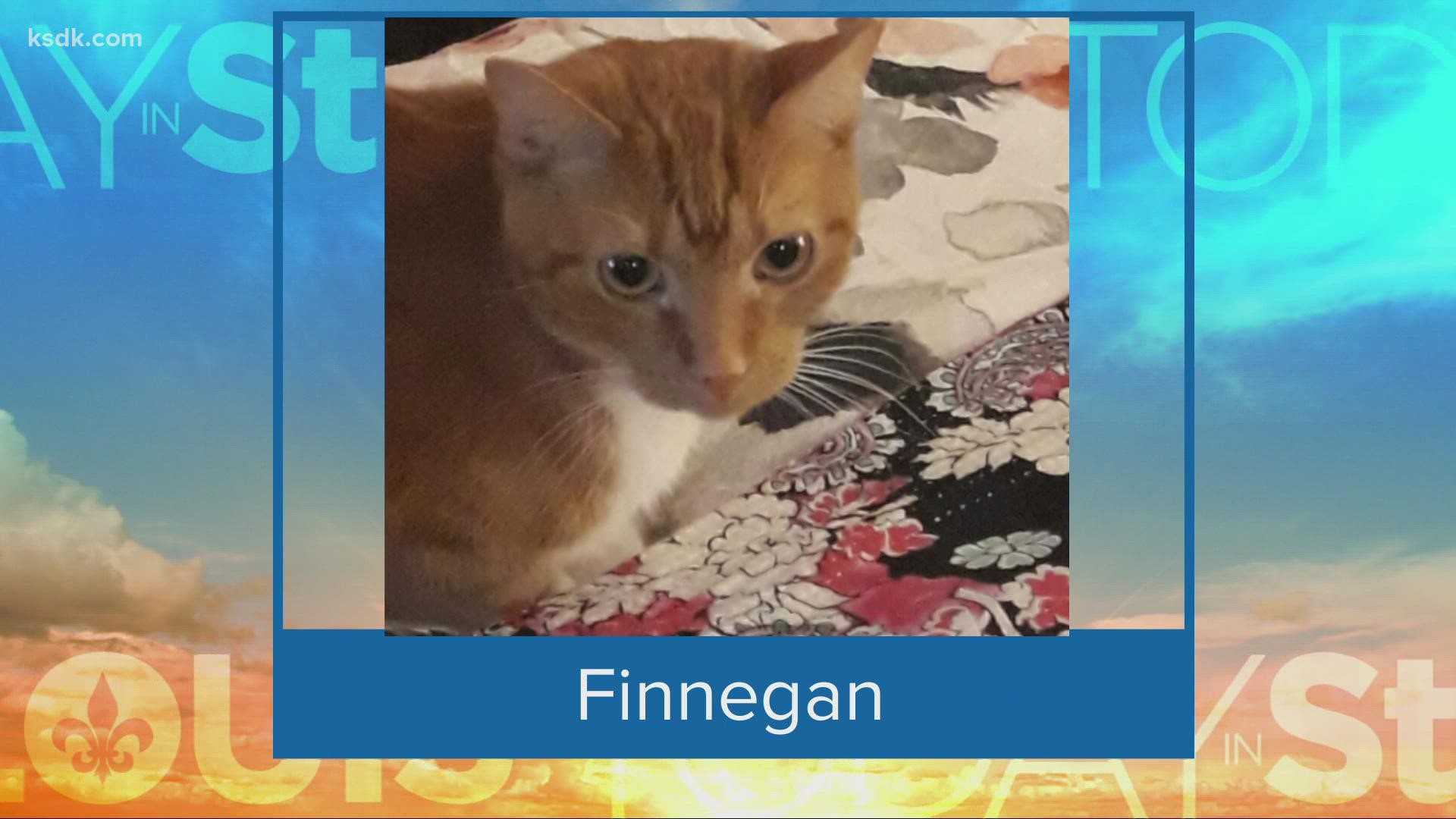