Archbishop-elect Rozanski shared his views on how to tackle a variety of challenges in the church, including racism, declining numbers and sex abuse allegations 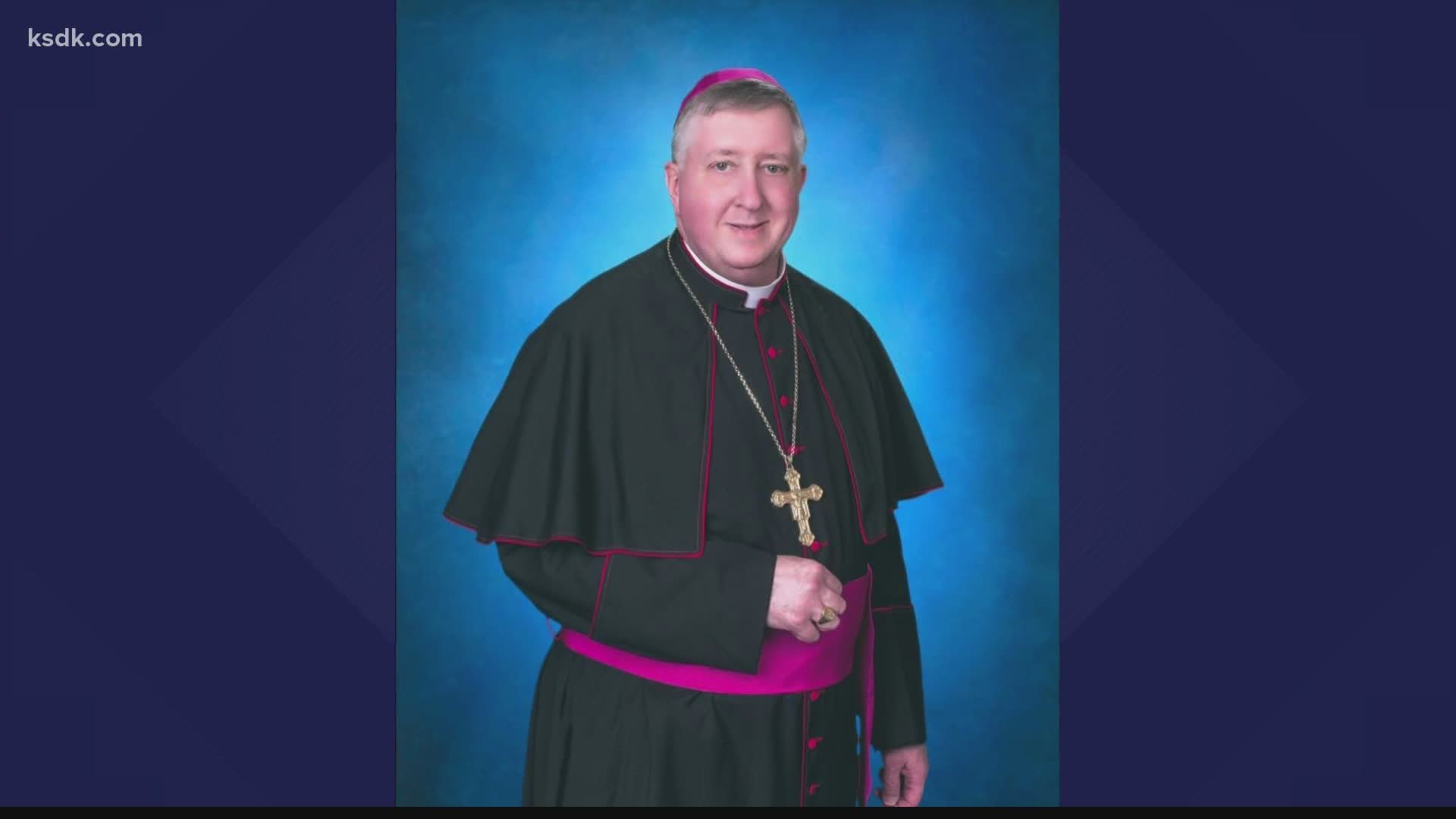 ST. LOUIS — The incoming leader of the Archdiocese of St. Louis recognizes the responsibility he’s about to take on.

“I'm grateful to our Holy Father, Pope Francis, for appointing me as the archbishop of St. Louis,” Reverend Mitchell T. Rozanski said during a Zoom call Thursday morning.

He recently moved to St. Louis from Springfield, Massachusetts, where he spent six years as a bishop.

“I realize the great responsibility that goes along with this position,” he added.

But he’s ready for the task ahead. In an interview with 5 On Your Side’s Anne Allred, Archbishop-elect Rozanski shared his views on how to tackle a variety of challenges in the church, including racism, declining numbers and sex abuse allegations.

You can watch 5 On Your Side's full interview with Rozanski in the video player below. 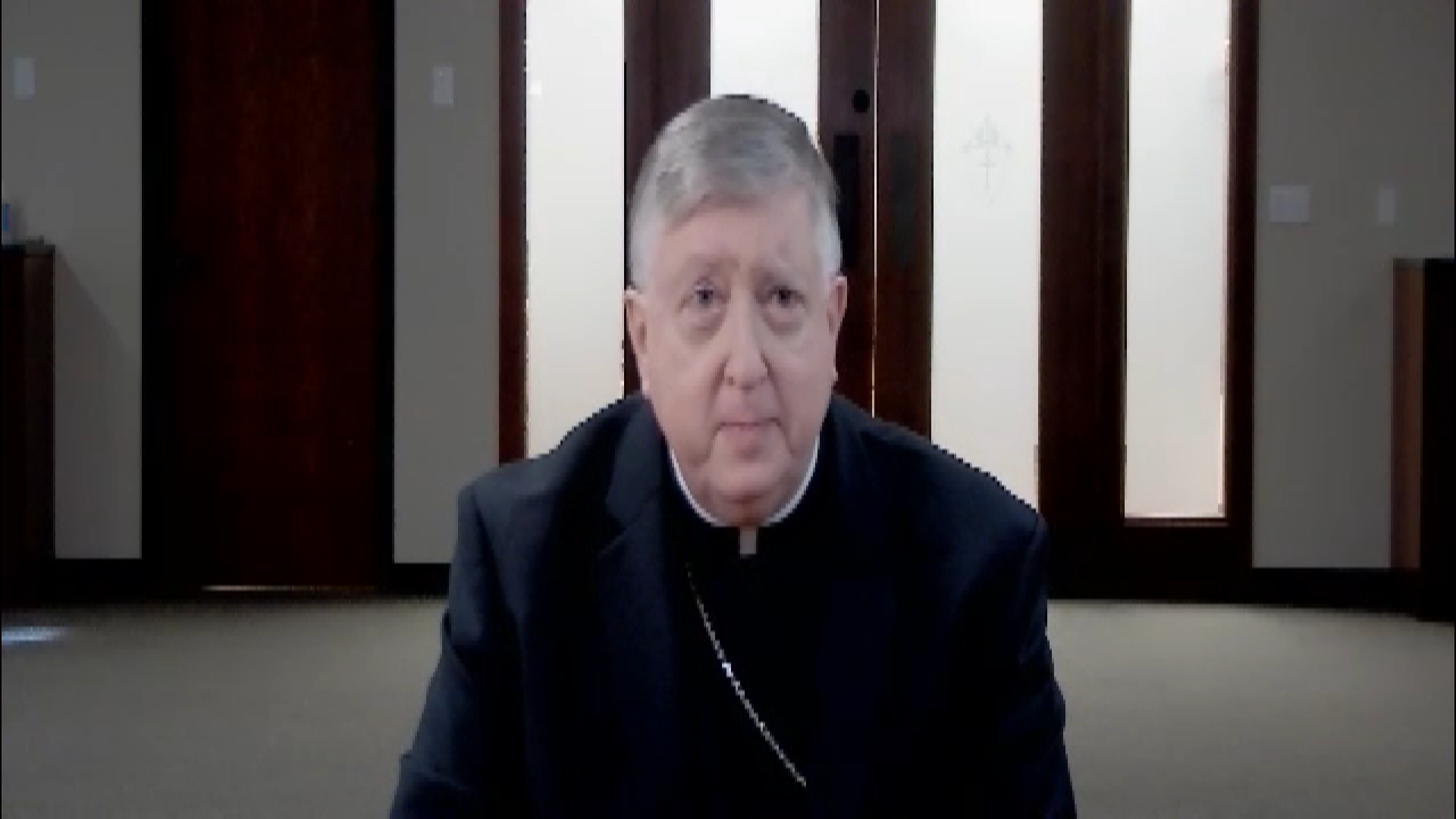 Rozanski said transparency is key. While working in Springfield, he tried to foster good working relationships with the investigators tasked with looking into allegations involving clergy.

“I think working that way, also keeping up our education about any type of child or minor sexual abuse is important so that everyone has an awareness of what to look for. There are signs of what to do, what to do about it to act upon it,” he said.

The incoming archbishop has said he wants to increase dialogue to raise awareness “of the evils of systemic racism” to show how it affects everyone. Reaching out and talking with others can help heal, he said.

“I think if we follow in the footsteps of the Lord Jesus, we talk with one another. If we're able to reach out to one another and see that there are so many things that unite us and in our common purpose that we can overcome this systemic evil of racism. Not easy, but step by step by step,” he said.

Bringing Millennials back into the faith

Rozanski said there have been nonspiritual forces at work for decades, drawing people away from religion. To bring people back into the church, it’ll take a lot of work – and faith – from within. He said a personal relationship with God “nourishes a faith that grows and a faith that spreads.”

“So if we have Catholics who have that personal relationship with the Lord Jesus, who live that out in the church, that is a great witness to others and to help bring them to the church,” he explained.

Rozanski pointed to the Baby Boom after World War II for a rapid increase in families and the need for more Catholic schools in the St. Louis area.

“Demographics have changed, the birth rate has certainly changed, and that affects the number of students in schools, not only in Catholic schools, but in all schools,” he explained.

To fight lower enrollments and the consolidation of schools and buildings, Rozanski said the archdiocese is focusing on providing quality education in all subjects, from math and science to religion.

“If that means that we have to look at the way it's being delivered, there might be some changes,” he explained. “We're looking for the quality way of doing things.”

Rozanski said he was involved in the archdiocese’s planning process for students to return to in-person learning this school year. He said schools are set up to follow social distancing, rigorous cleaning regimens and other CDC guidelines.

“So with that, we felt confident that our schools could open in-person,” he said. “Certainly, we will keep monitoring the situation … but we've done a lot of groundwork, did a lot of research and feel confident that we can do that, opening our schools safely and for the good of our students.”

As St. Louisans prepare to vote in the 2020 presidential election, Rozanski encouraged Catholics to take a couple of core beliefs with them into the voting booth.

“When we look at what Jesus asks us to live in the gospel, he asks us to really cherish the gift that God has given to us. And that is the gift of life itself,” he said. Look, first of all, how for the common good of all, do we preserve that gift of life from conception to natural death.”

He said no one candidate will fit all parts of Catholic teaching.

“But I think we try to do our best as we go to the voting booth to be enlightened by the gospel and then pull that lever for the person who most gives to us the values closets to the gospel.”

Rozanski drew inspiration from Pope Francis for his message to priests in St. Louis: don’t stay in the church go out into the community.

“Go out from the walls of rectory, the church, go out into the neighborhood, and that is the way in which we reach out to people. Go out and proclaim that gospel.”

“The second challenge that we have is the secularization of culture that faith seems to be pushed out to the periphery. And even in our election, we're hearing about faith of the candidates. Joe Biden's Catholic faith. We're hearing about the faith of President Donald Trump, but it's kind of still on the periphery. So, bringing faith to the core of who we are is truly a challenge in our secular society.

A Mass to install Archbishop-elect Rozanski will take place Tuesday, Aug. 25, which is on the Feast Day of Saint Louis, King of France. He will be the 10th archbishop of St. Louis.

Rozanski replaces Archbishop Robert J. Carlson, who is retiring after serving in the position for 11 years in St. Louis.