My First Baby: What helped me survive those first weeks home 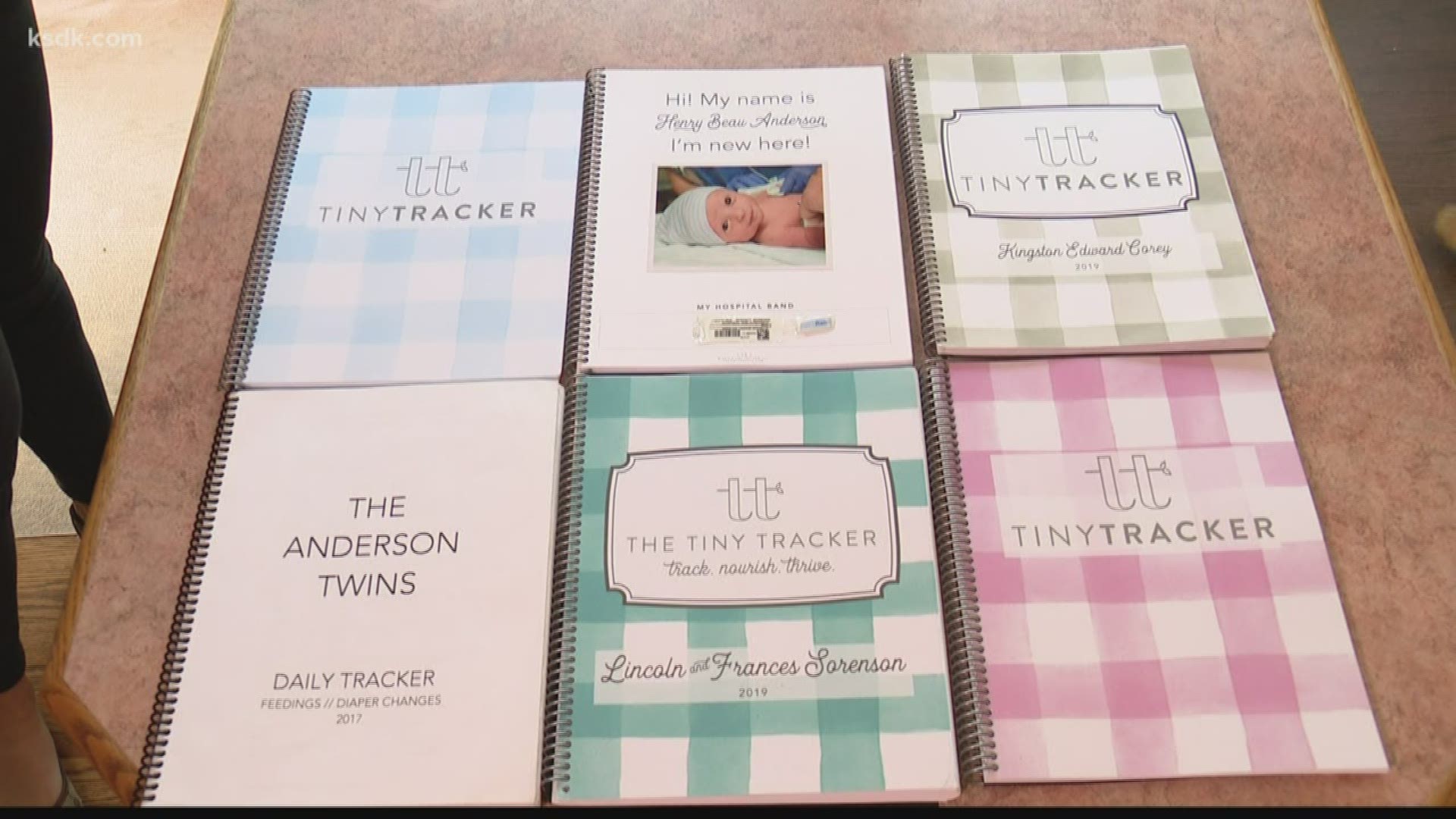 ST. LOUIS — As moms we all have those things that helped us get through the first days and weeks at home with our sweet bundles of joy. So many moms who watch Today in St. Louis shared their stories with me on Facebook and Twitter about how they made it through those sleepless nights.

A common answer was naps, husbands, meal services and the support of family.

For me, it was a simple journal where I could track all the feedings, diaper changes and long list of things I needed to get done.

The journal is called the Tiny Tracker and it was created by Lauren Rehme Anderson, a mom of twins.

"You have nine months to prepare but nothing prepares you for that coming home," Anderson laughed.

When she first found out she was having twins it was a little shocking.

"It was unlike anything I had ever experienced in my entire life. Of course I wanted to be a mom, but to be a mom of two at the same time was just overwhelming," she explained.

So, Anderson did what she could in that nine months to prepare. She created a place where she could write down and track all of her boys’ feedings, diapers and milestones. It was a place she could refer to when mom brain kicked in.

“Those first few weeks, it’s just a blur. It’s kind of like you don’t really know what’s day and what’s night and you just want to survive," she explained.

Which is why Anderson made the Tiny Tracker so thorough. It’s a play-by-play for new moms.

"It was really nice to have something outside of me. It was peace of mind. It was kind of like this tangible thing where I could put all of my anxiety put all of my fears and my doubts and my stress. If I can feed them, if I can change their diaper and I know that their needs are met, I don’t have to worry about all of these different things," she explained.

It may be old school, writing stuff down instead of using an app, but that was Anderson's whole intent.

“My whole motto was, 'I just wanted to put my phone down and pick my babies up,'" she smiled.

RELATED: What to pack in your hospital bag

RELATED: Preparing your baby's the nursery