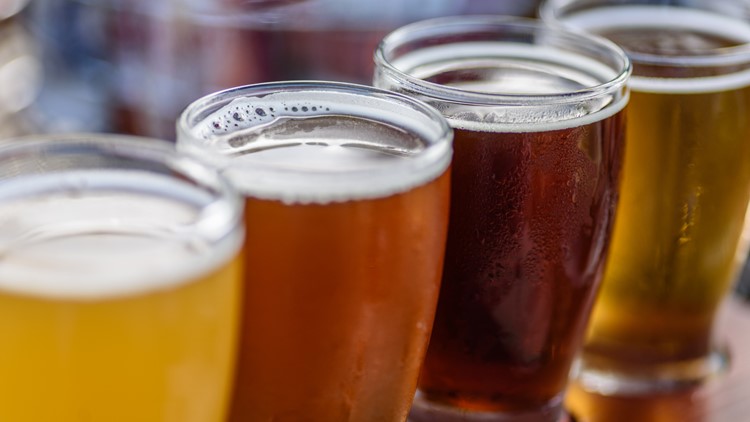 The competition in Denver featured hundreds of breweries and thousands of beers. Industry professionals from all over the world then sit down in small groups and—without knowing the brand name—taste beers and pick the three best in each category. The judges then award gold, silver and bronze medals.

‘The Professional Judge Panel awards gold, silver or bronze medals that are recognized around the world as symbols of brewing excellence. These awards are among the most coveted in the industry and heralded by the winning brewers in their national advertising,’ the Great American Beer Festival website states.

Here’s how the Great American Beer Festival defined the awards:

Gold: A world-class beer that accurately exemplifies the specified style, displaying the proper balance of taste, aroma and appearance.

Silver: An excellent beer that may vary slightly from style parameters while maintaining close adherence to the style and displaying excellent taste, aroma and appearance.

Bronze: A fine example of the style that may vary slightly from style parameters and/or have minor deviations in taste, aroma or appearance.

RELATED: Rockwell Beer: A look inside one of the St. Louis area's newest breweries

RELATED: Where to celebrate Oktoberfest in the St. Louis area

RELATED: Prost! St. Louis one of the best Oktoberfest cities in new ranking