It's time for St. Louis fans to 'feast' on some shark meat in honor of the Blues playing the San Jose Sharks on Wednesday.

ST. LOUIS — The St. Louis Blues take on the San Jose Sharks in Game 3 of the NHL Playoffs Wednesday night and the team needs the fans to be ready to 'feast' on some shark meat.

Shark meat is actually a relatively popular dish to cook and there are a few local restaurants that are serving up a few tasty shark dishes.

Sugarfire Winghaven located at Highway N and Winghaven Blvd. is known for their St. Louis BBQ and served smoked shark tacos as a special on Saturday in honor of the Blues.

The restaurant posted about the special on their Instagram account and stated that these tacos were "The perfect fuel for tomorrow’s @stlouisblues game!"

Syberg's on Market also has shark tacos on their menu that look like an appetizing dish. Stop by their downtown location to get a little pregame fuel before the game at the Enterprise Center.

If you are one of those fans that needs a quiet place to watch the game closely, sitting on your couch, there are numerous shark meat recipes that you can make right at home. 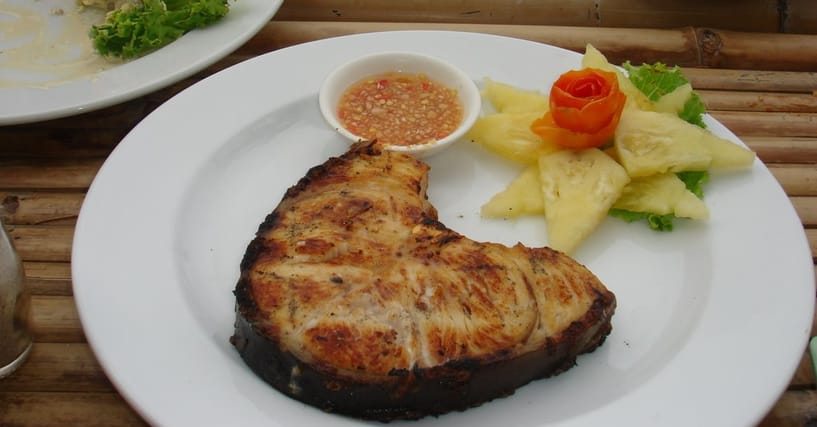 The 7 Most Delicious Shark Recipes
With Shark Week on the Discovery Channel being so popular here are the 7 most delicious shark recipes you can cook... just to get even to all the killer sharks out there. Cooking shark does not have to be a complicated affair- shark steak can be grilled on your bbq like many other cuts of mea...

Pinterest is a great source that offers hundreds of shark recipes for fans to make.

Like this recipe from the Cooking Channel called 'Shark Jumble'...

Shark Jumble
Cooking Channel serves up this Shark Jumble recipe plus many other recipes at CookingChannelTV.com

There's no better way to represent the Blues by helping the team defeat the Sharks on Wednesday night by tearing into some shark of your own.

The series is currently tied 1-1 but the Blues hope to take a 2-1 lead after Game 3 in St. Louis.

Blues release info for Games 3 and 4 at home