"I want to help. Let's do something to help," 7-year-old Eli Willis asked his dad 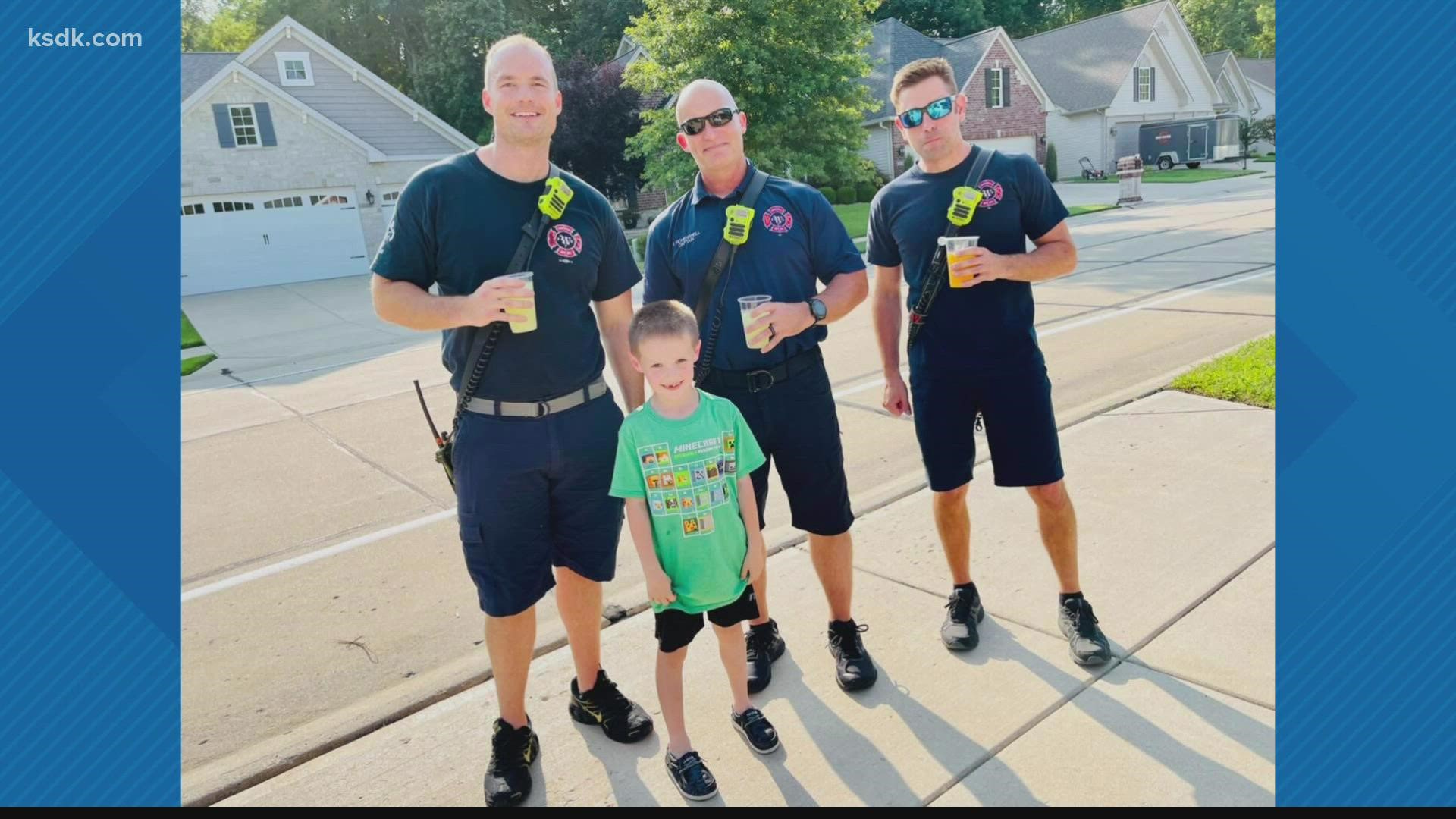 WENTZVILLE, Mo. — A young boy in St. Charles County was heartbroken when he heard about local fallen hero Marine Lance Corporal Jared Schmitz. Schmitz was one of 13 U.S. service members killed in a suicide bombing at the Kabul airport in Afghanistan on Aug. 26. Schmitz was among a group of Marines sent back to Afghanistan to assist with evacuation efforts.

Eli Willis, 7, told his parents that he wanted to do something to help. Eli came up with the idea to raise money with a lemonade stand.

They spent all day Sunday in the summer heat pouring up cups of ice-cold lemonade for a good cause.

A HUGE thank you to everyone who stopped by my Son’s lemonade stand yesterday or donated money through Venmo. Wentzville...

Members of the St. Charles County Ambulance District stopped by Eli's stand to grab a cup of lemonade and support the cause. Batallion Chief Brian Webb, Paramedics Stephanie Clancy and Mike Kiefer stopped to take a photo with Eli.

A spokesperson for the ambulance district, Kyle Gaines, says "Eli's kindness and generosity are a testament to the spirit of St. Charles County. Where neighbors pull together to support one another."

Eli's father, Shawn Willis said he was proud of his son.

"It's hard for me not to get choked up because he is so proud of my boy. He is a true patriot. He has a big heart for people who protect and serve," Sean said. "Whether it's overseas or right here in our backyard, anybody that protects and serves Eli has a special spot in his heart for them."

Jared Schmitz's father, Mark, said he is thankful for the outpouring of support from the community and the nation.

He's asking for those who can, to donate to the STL Hero Network. Click here to donate.

If you are not able to make the lemonade stand on Sunday , a link is included to help raise for our hometown hero, The...