Ray and Roslyn Singleton hope their story not only inspires people to show their partners love in sickness and in health but to also raise cancer awareness. 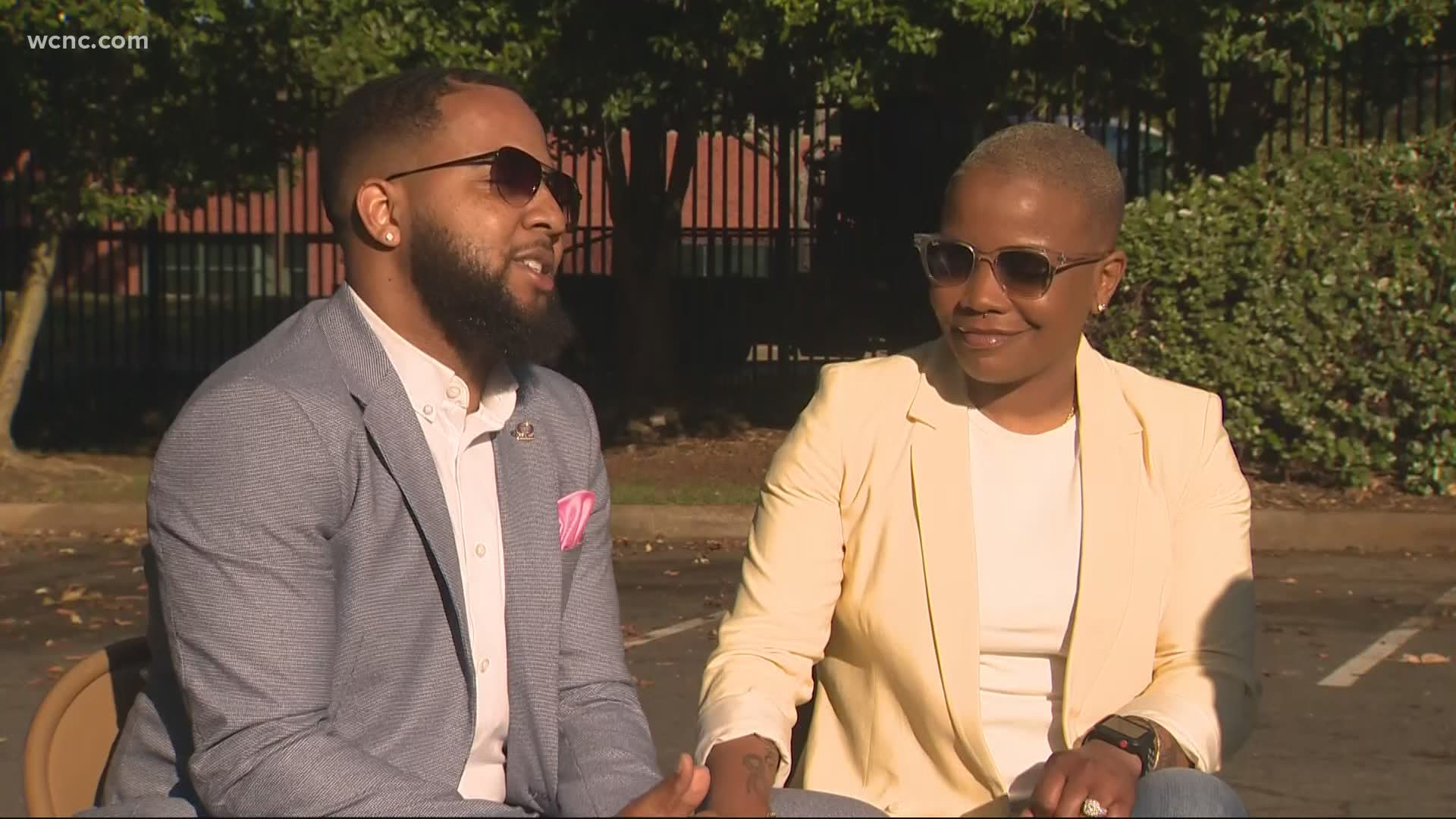 CHARLOTTE, N.C. — From the Ellen Show to Bank of American Stadium — a Charlotte man who went viral for serenading his wife before she underwent cancer surgery is set to sing the national anthem at Sunday's game against the Cardinals.

When the video of Ray Singleton singing to his wife hit social media earlier this year not only did it go viral, the world fell In love.

“His singing has definitely catapulted my healing in a different direction," Roslyn Singleton said.

Ray Singleton posted the video to cheer up his wife Roslyn before she underwent a second brain surgery after being diagnosed in 2013.

“I was diagnosed again in 2019 had surgery in 2020," Roslyn Singleton said. “This was right before our one year anniversary."

The way Ray Singleton used his love of music to comfort his wife got the attention of millions.

“Its always my comfort, like that warm glass of tea that old people drink at night," Roslyn Singleton said.

Daniel Caesar, the artist who wrote the song “Get You” that Ray sung in the video, invited the two to Coachella. The couple also got the chance to tell their story on the Ellen DeGeneres show.

“It was a really really special moment," Ray Singleton said.

On Sunday, October 4, Ray Singleton is taking his talents to Bank of America Stadium.

He’s singing the national anthem before the Panthers kickoff against the Cardinals.

“I still can’t put it into words that it's going to happen, I am so so excited," Ray Singleton said.

But what he does know is how he hopes to make the crowd feel.

“Love, a good feeling, even in the climate that we have right now, pandemics, all the stuff happening — just to feel good about where we are and where we’re going,” Ray Singleton said.

The couple hopes their story not only inspires people to show their partners love in sickness and in health but to also raise cancer awareness.

As for Ray, you can catch his rendition to the national anthem at 1 p.m. Sunday as the Panthers take on the Cardinals.