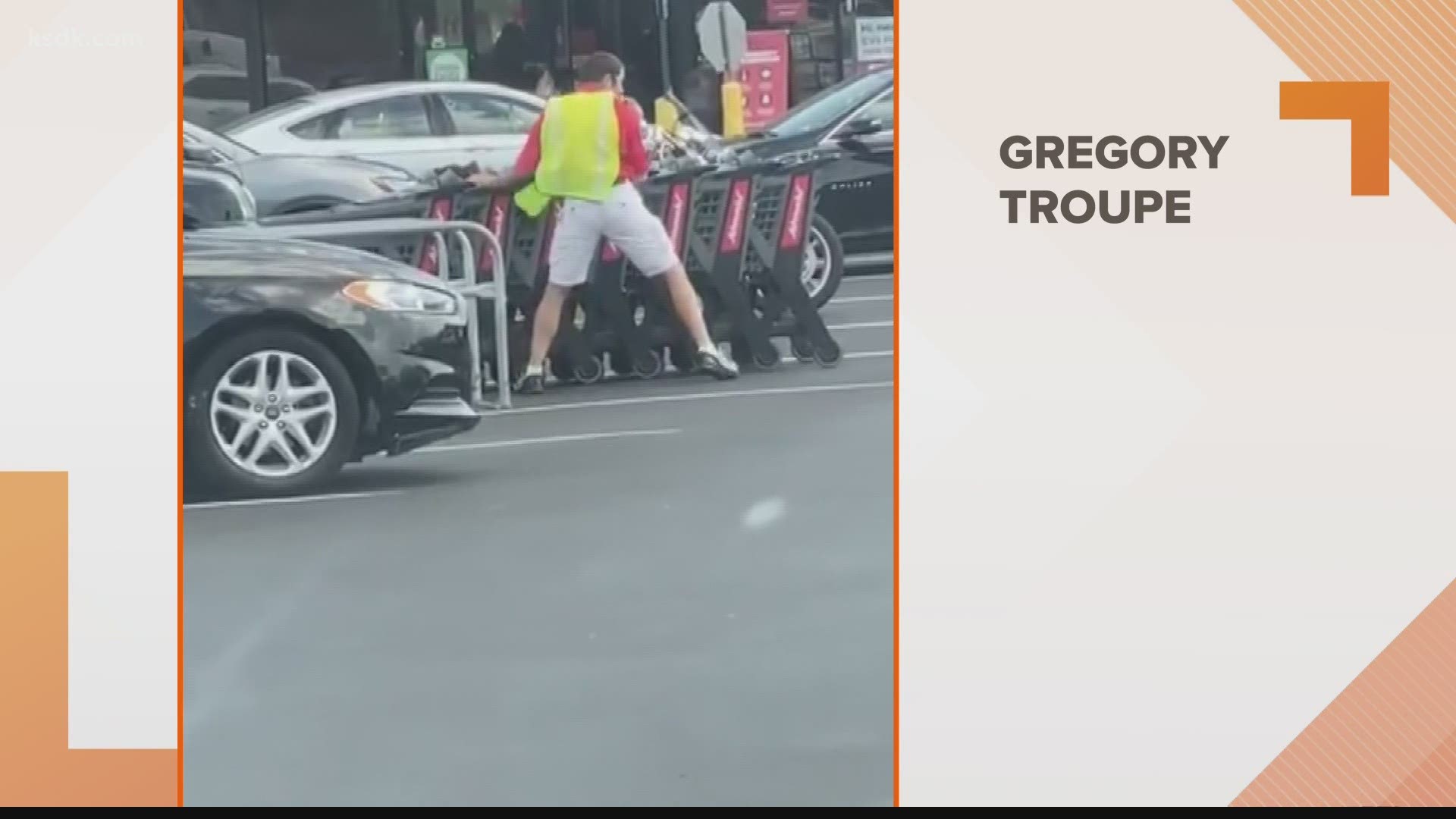 FLORISSANT, Mo. — A video of a Schnucks worker moonwalking in the store parking lot is making a lot of people smile.

The video was shared by Jeff Henson in the I Care About Florissant Facebook group with the title ‘let’s make this kid famous.’ It’s received dozens of comments and hundreds of likes from people who chimed in to say they too have seen him dancing in the parking lot.

An even longer video shared by another shopper named Gregory Troupe shows him pushing grocery carts while simultaneously busting a move. That video has garnered hundreds of comments with many people saying it made them smile.

After a little research, 5 On Your Side learned his name is Johnathan Heinle. He's 20 years old and has Asperger’s syndrome. 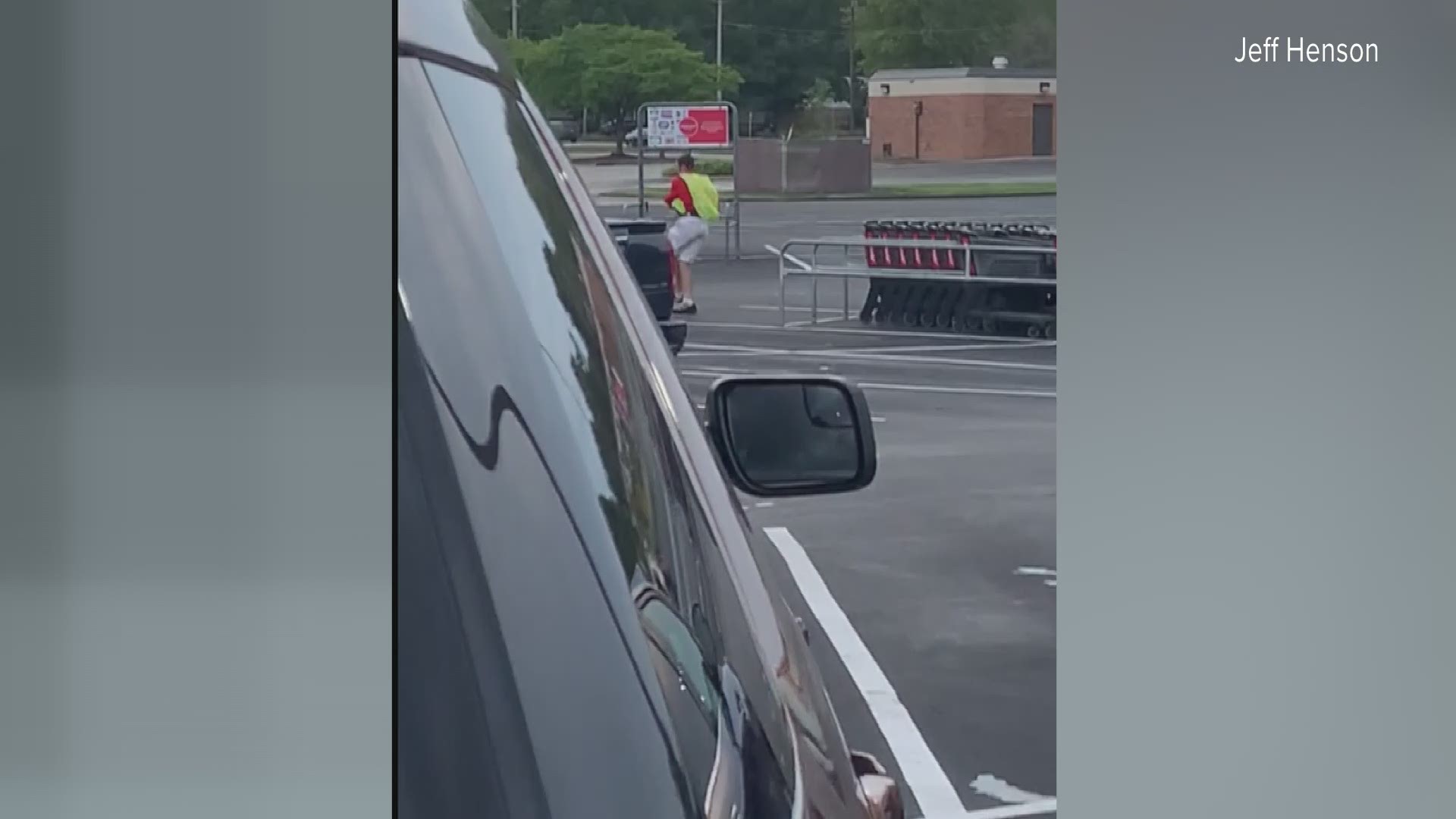 We spoke with his mother Michelle who said Michael Jackson is his favorite. She described the speaker he carries on his waistband at work with all his favorite songs. Michelle said her son has self-taught himself all the moves you see in the video. She also said he graduated from Hazelwood Central and gave a graduation speech where he moonwalked off the stage.

He works at the Schnucks in Florissant on Shackleford Road where he’s worked for the last four years. His manager saw the videos circulating on Facebook and texted Michelle to say he is a joy to have at the store.

Thank you Johnathan for showing us life is short and dancing in public is always a good idea! 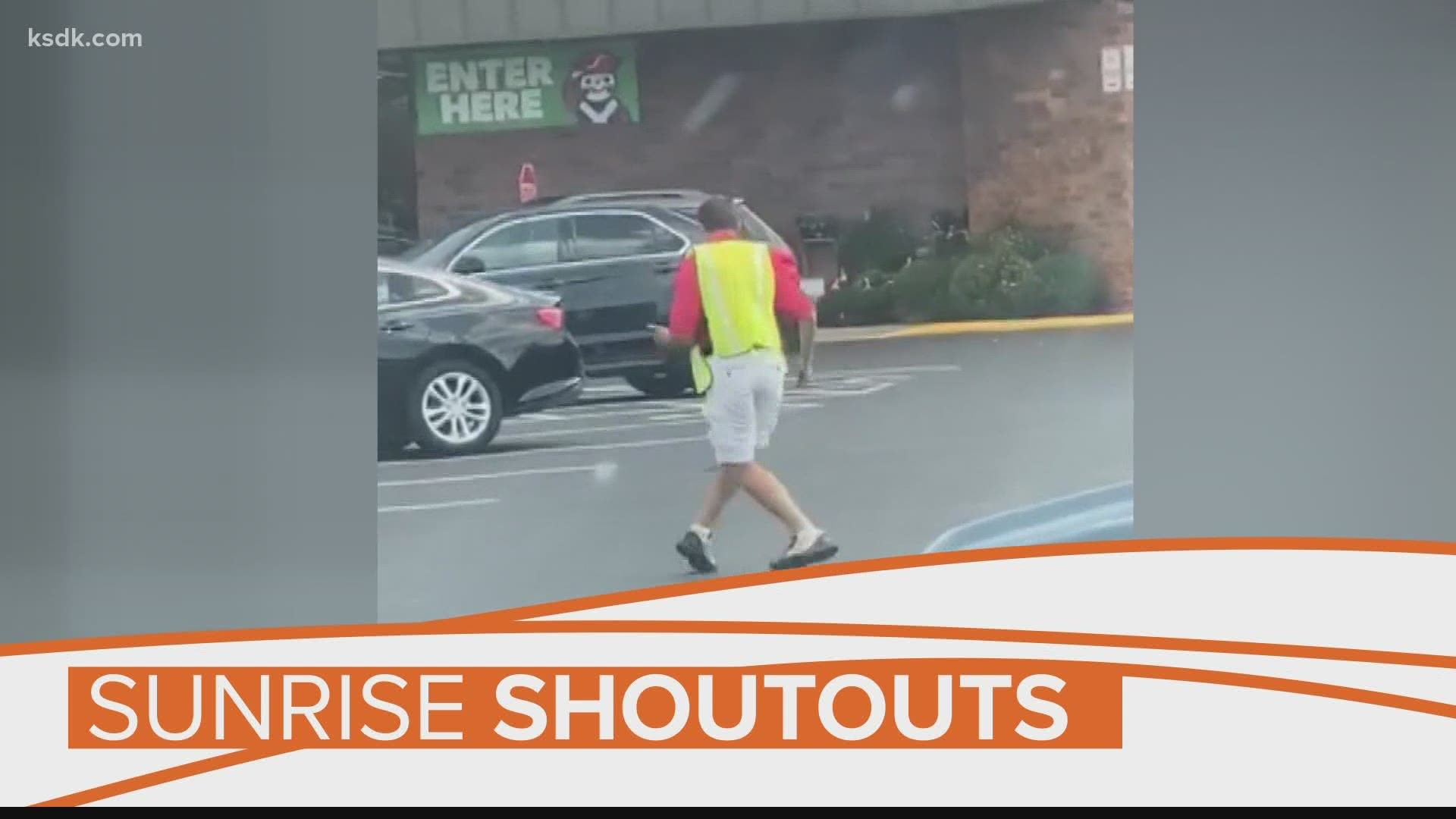