Watch: Woman loses wallet in Florida Walmart, Good Samaritan drives to her home to return it

Doorbell video shows him approaching the home and ringing the bell saying, "Hey, how are you doing? I found your wallet at Walmart." 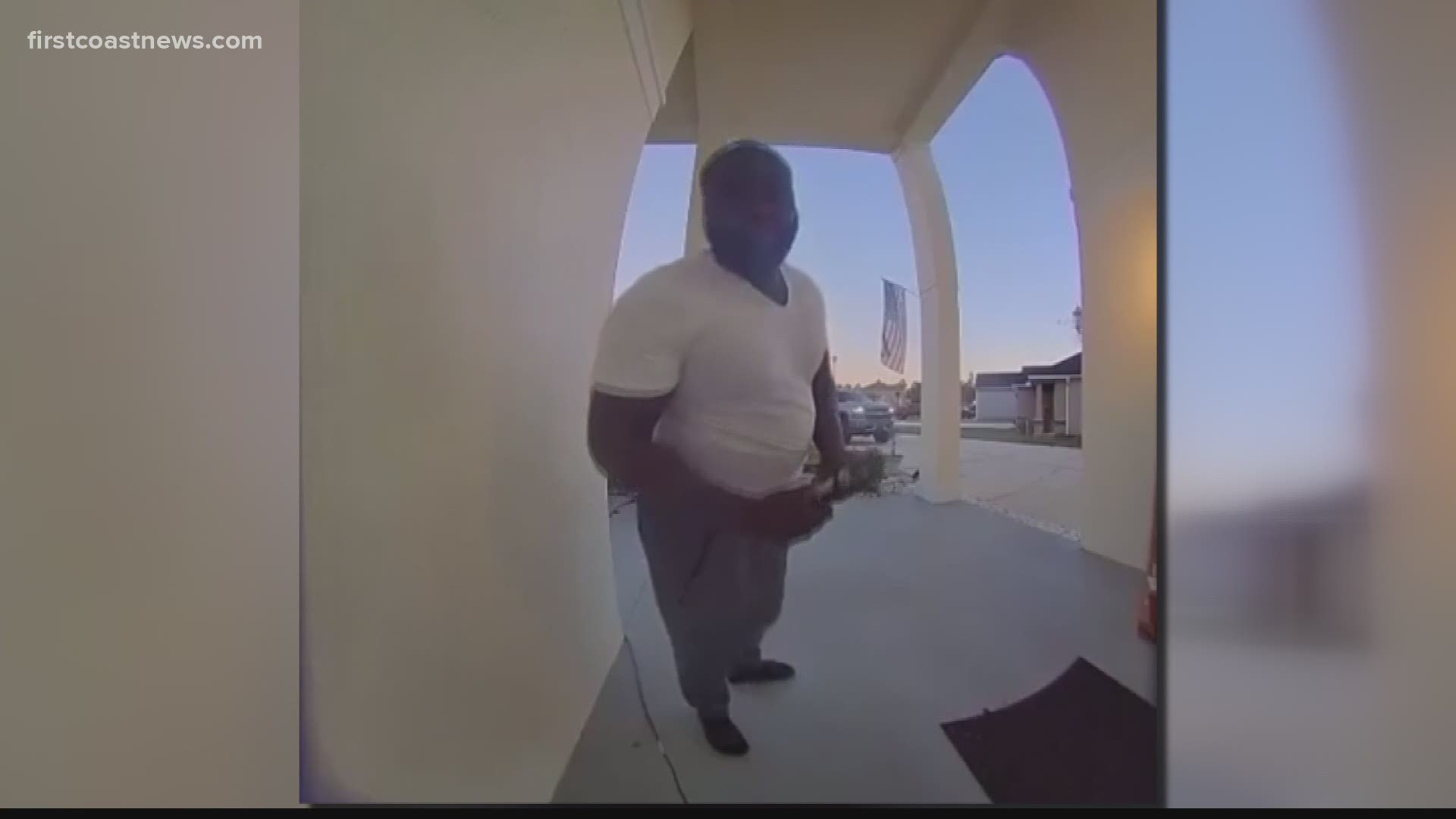 YULEE, Fla. — It has become a common occurrence. People posting a video from their doorbell camera often showing someone taking their property. That narrative was the opposite Saturday night at a woman's home in Yulee.

It started at the Walmart in River City in North Jacksonville. Debra Crosby lost her wallet and realized it when she was about to check out. Luckily, she had some cash with her and was able to pay.

Anxious, as anyone would be, she began to think about what it would take to replace all its contents.

When the doorbell rang at Debra Crosby's Yulee home Saturday night, a special delivery was waiting.

"Hey, how are you doing? I found your wallet at Walmart," said an unidentified man on her home security system. At the time, Crosby was driving home.

Crosby considers him a guardian angel, who was there with some good news after some bad luck.

"I'm like, 'My God. This person went out of his way,'" Crosby told First Coast News. "I get there and the wallet and along with the credit cards and everything are there."

The man explained he was returning her valuables.  It's about a 20 minute drive from the Walmart to Crosby's home.  She was thinking he could have turned around at anytime.

"Hey Ms. Crosby, I found your wallet at Walmart in River City," the Good Samaritan said on the recording. "I'm going to put it by the Amazon boxes."

"He brought it personally to my house, concealed it, gave me a message of where he found it, and I thought that was a lot of above and beyond," Crosby explained.

Crosby is a science teacher at Yulee Middle School and wants to use her experience as a lesson plan in kindness, an element of generosity no textbook can teach.

"If he is watching this, I want him to know that he makes me so proud," Crosby said. "I have three sons of my own and I would hope that they do the exact same thing."