"The phrase 'Good Samaritan' is often used, Mr. Jacobs was indeed that and more tonight." 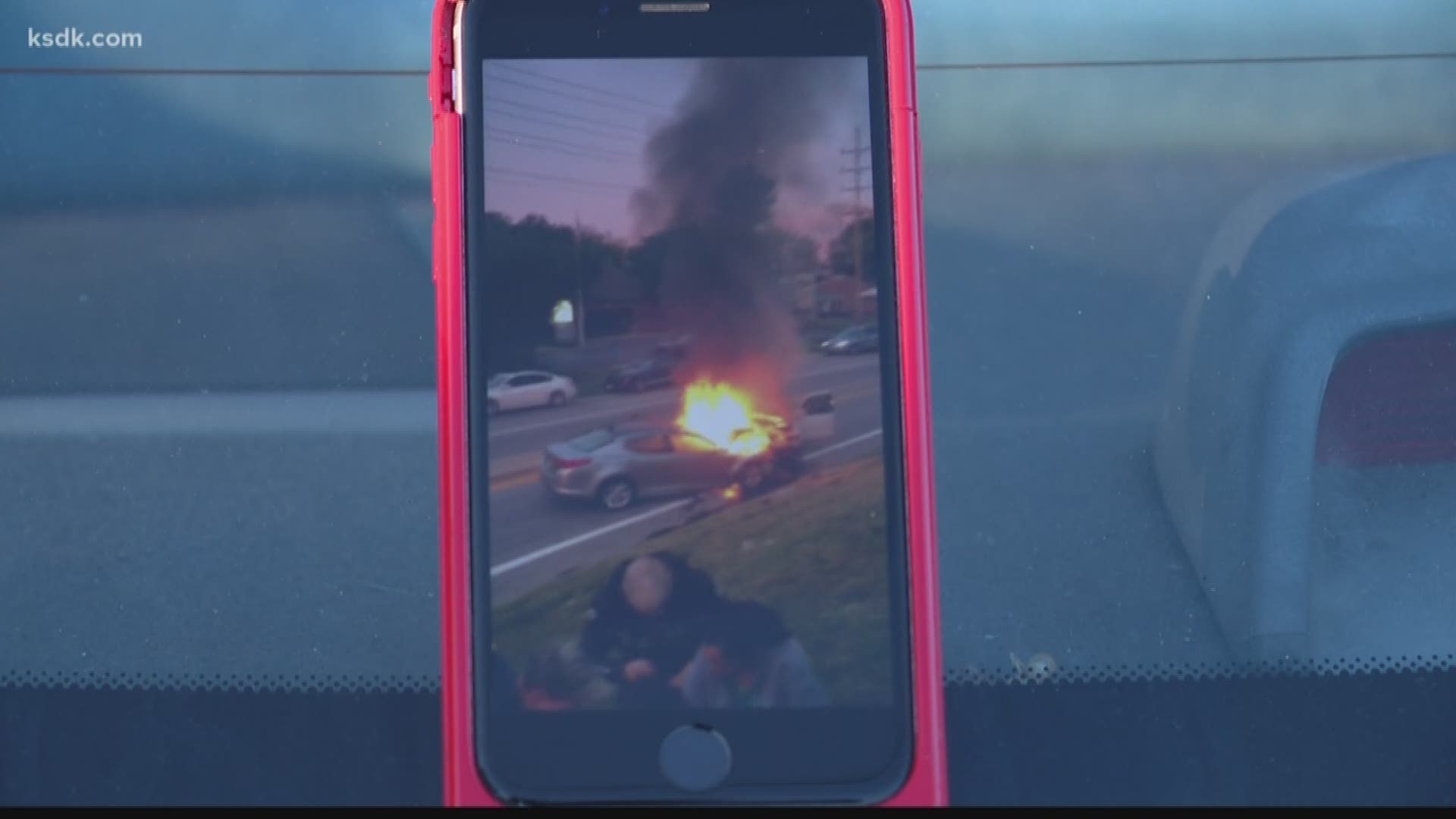 FLORISSANT, Mo. — A Good Samaritan is being credited with helping save a woman who was trapped in car that was on fire.

Two cars crashed Wednesday evening near Dunn and Santa Cruz in Florissant Valley. The crash sparked a fire in one of the vehicles and a woman inside couldn’t get out.

That’s when a neighbor nearby came in, just in time.

Aaron Jacobs pulled the woman out of the vehicle and to a grassy area nearby to safety until a Florissant Valley Fire Protection District crew arrived.

"We all heard a giant bam, bang, whatever you want to call it,” Jacobs said.

When he and his family ran outside, they saw the crash, and he noticed flames creeping up from the hood of the woman’s car.

"I seen that the car was on fire and I'm not going to let anybody burn to death in a car fire,” he said.

Jacobs credits his army training with his decision to jump into action.

"I helped her get her legs out from under the dashboard and swung them out of the car and put my arms under her and dragged her to the hill,” he said.

“The phrase ‘Good Samaritan’ is often used. Mr. Jacobs was indeed that and more tonight,” the fire district shared on Facebook.

The woman and a man were taken to nearby emergency rooms with injuries. They are both expected to recover.