Out of thousands of photo submissions, Marlee Kale was selected to be a part of the Times Square video presentation, which kicks off Down syndrome Awareness Month. 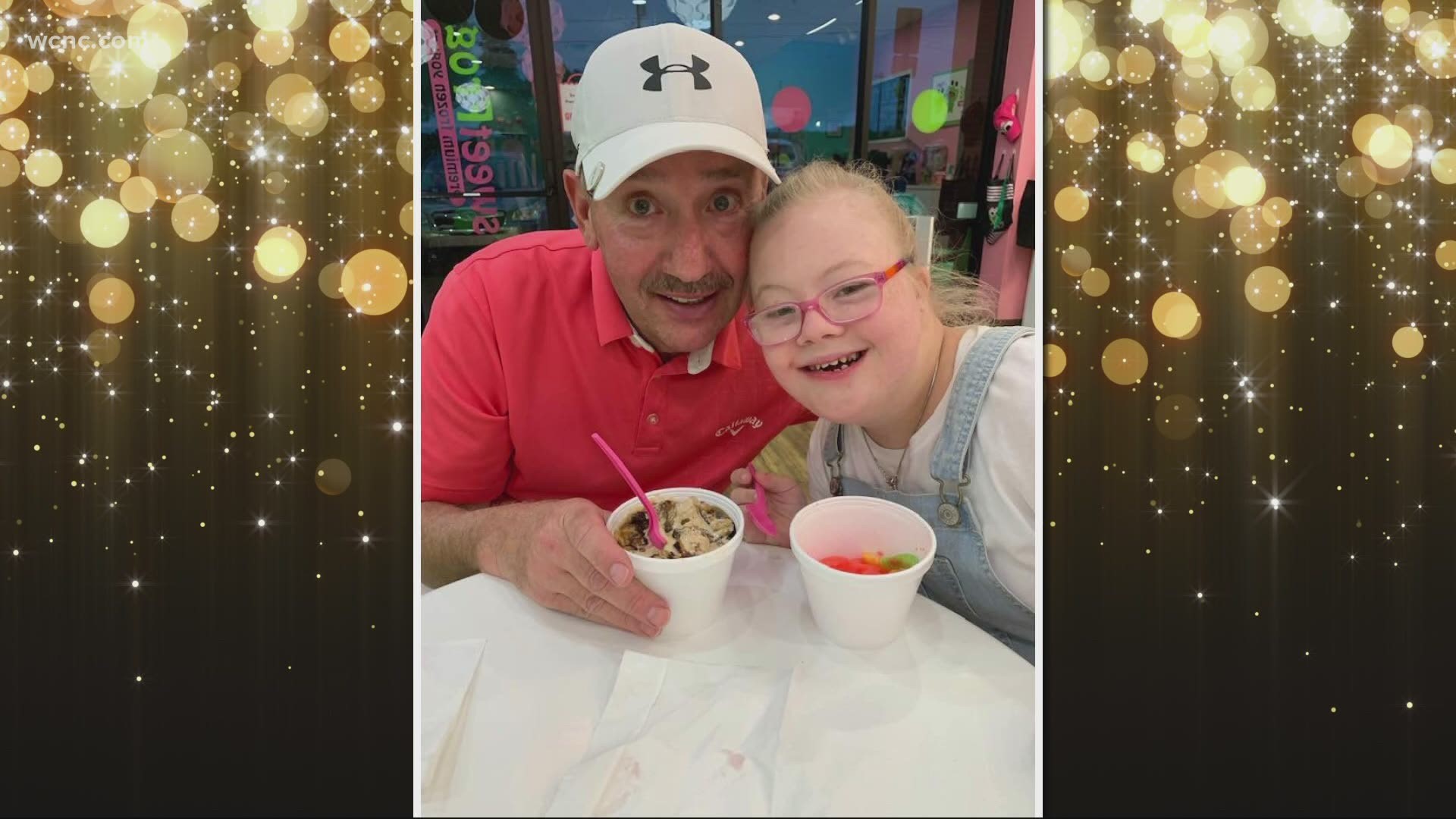 HICKORY, N.C. — A 17-year-old St. Stephens High School cheerleader will be featured in a video presentation that will be played on a giant billboard in Times Square this Saturday.

Marlee Kale's mom and dad said the National Down Syndrome Society sends out an email every year about the Times Square video presentation.

"You have the option to submit a photo and then they email you if your photo is selected,” Kale hook said.

Marlee's parents said they're thrilled that their daughter's photo was chosen out of thousands of submissions.

CONGRATS! Marlee Kale, a Hickory cheerleader with Down syndrome, will be featured on a billboard in Times Square this Saturday. The video presentation kicks off Down Syndrome Awareness Month. ♥️ @wcnc https://t.co/XwztjDwjoV pic.twitter.com/uzAqP4kV37

"She is much more popular than us," her father joked.

Marlee, the fun-loving and outgoing teen, has been cheering since she was about 8 years old.

“About 10 years ago she joined a special needs squad,” her mom, Leanne Kale-Hoke said. “There's a company called Cheery Energy here in Hickory, and they have a number of competitive squads but they also have a special needs team."

Marlee's team special needs division that has helpers from some of the other cheerleaders at Cheer Energy that help with them with their stunts.

Marlee and her team, in a pre-COVID-19 world, would compete in several cheerleading competitions.

Marlee’s mom said the team has been great with her daughter from the very beginning.

"It's been a great experience. Everybody has been phenomenal the coaches are awesome," Kale-Hoke said.

Once Marlee entered middle school, the cheerleading coach asked if she wanted to join their squad. Marlee, of course, said yes.

“So that's how she got involved with the school sports," Kale-Hoke said. "The crowd loved her, and we just continued that since she went to high school.

When asked, Marlee said her favorite part about cheerleading is being with her friends.

The Times Square Video presentation kicks off Down Syndrome Awareness Month on the morning of the NDSS New York City Buddy Walk®.

The featured photographs highlight children, teens and adults with Down syndrome working, playing and learning alongside friends and family.

The Times Square Video will be streamed worldwide on NDSS social media channels on September 12.