A Kentucky woman is bringing smiles, laughs after sharing a video of her mailman doing a cartwheel and then making a snow angel in her front yard. 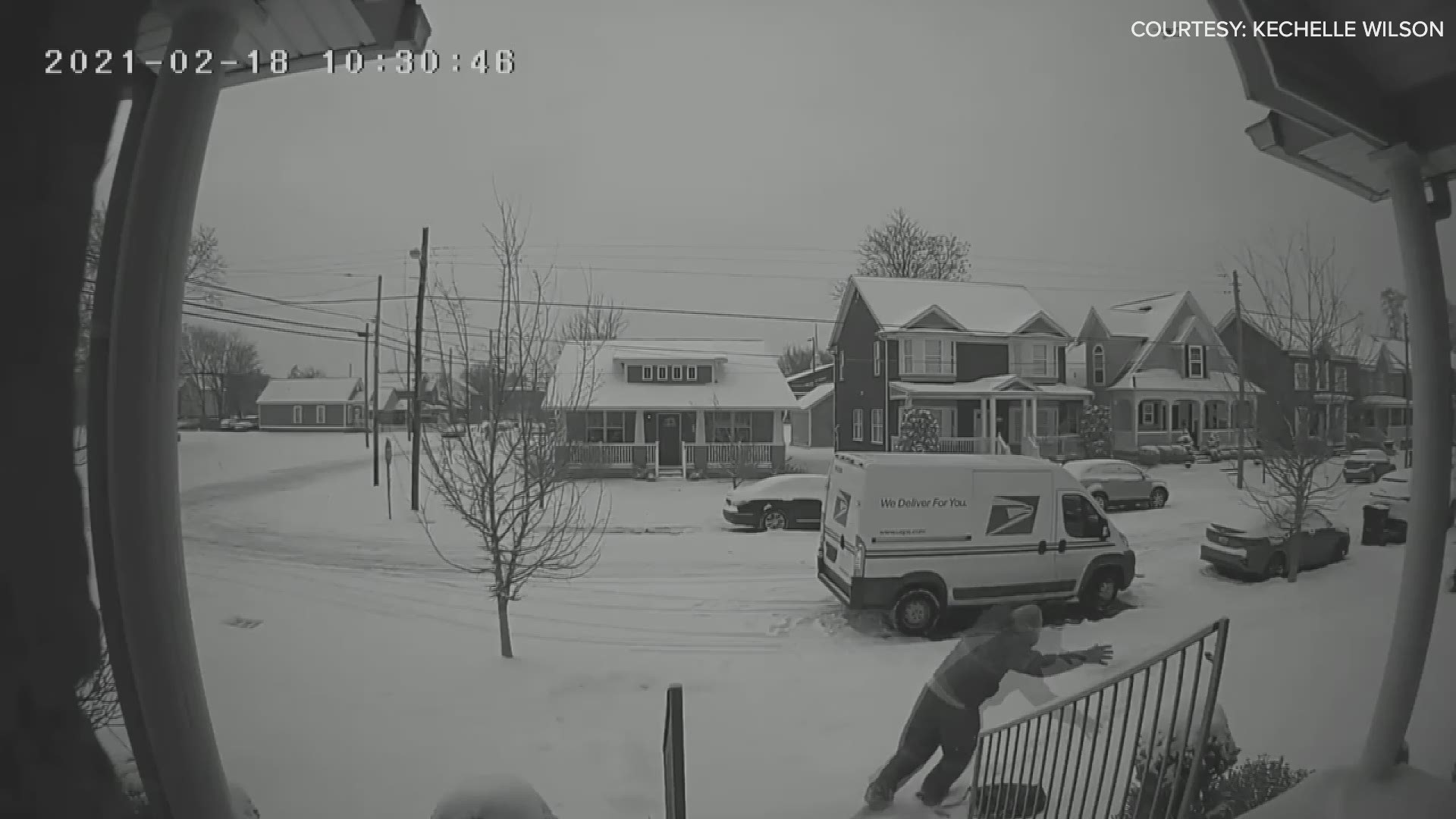 LOUISVILLE, Ky. — What does your mailman do when there's a fresh coat of snow covering your yard? One answer was captured on a Louisville woman's newly installed surveillance cam: make a snow angel.

Wilson said she recently installed a camera at her front door and saw an alert pop up on Thursday, Feb. 18.

The video shows the mailman walking away from her house, throwing his bag to the side and cartwheeling into snow. He does snow angels for a few seconds before grabbing his bag and returning to his mail truck.

"I clicked the video and it was well worth watching," Wilson said. "My family and I laughed soo hard!"

Wilson said she second-guessed herself before posting. After thinking about it she said she knew it might brighten others day. She told her mailman about the post Friday morning.

"I told him his video may go viral and that everyone on Facebook loves him," Wilson said.

Wilson said he told her he had his drone recording, but it missed his snow dive, so he was happy the doorbell cam caught it.

Hopefully, Wilson's mission to brighten others day is accomplished. We shouldn't take ourselves too seriously and share a smile every chance we get.

Share photos and video with WHAS11 via our ZipWhip line at 502-582-7290, or download our App and send it via the Near Me function on the bottom right.

RELATED: Here's how to share news you see with WHAS11 using the 'Near Me' option on our app

RELATED: 'I'm just waiting for my call.' | Indiana doctor writes letters to the Colts asking to be quarterback