"It doesn't change or alter your life at all to maybe lift up that one family and say, 'hey, in your time of need, I'm here for you whether I know you or not.'" 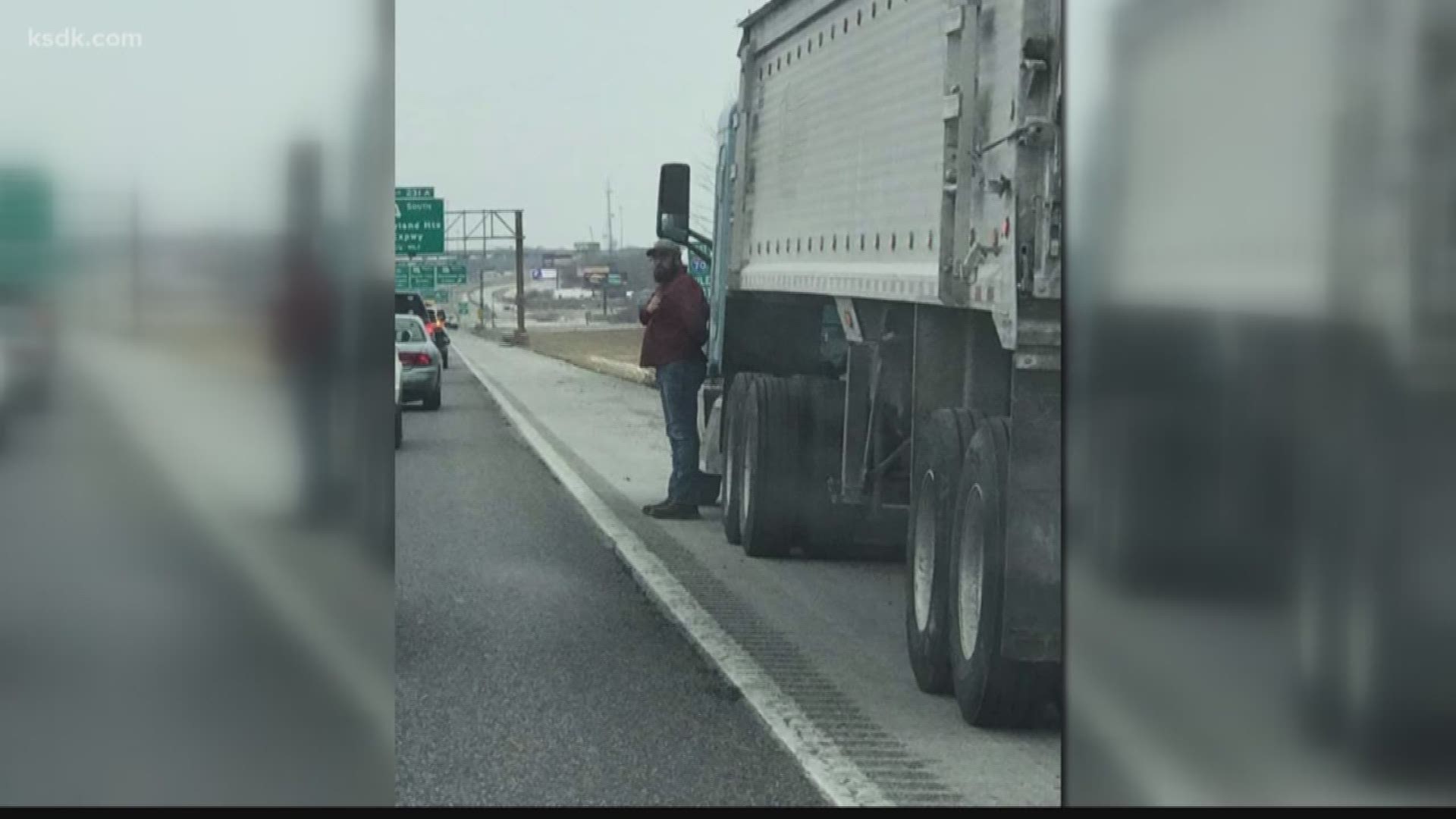 ST. LOUIS – A semi-truck pulled over on Interstate 70, stood inches from oncoming traffic putting his hand over his heart.

Thousands of people have liked the photo on Facebook since it was posted Friday afternoon.

"His eyes they favor everyone,” described Kristen Collins as she looked at a picture of grandfather, Fred Ladage.

She remembered him for his commitment to family.

“He was married to my grandmother for 61 years,” she said.

And his commitment to his country.

Ladage served in the Navy and Navy Reserves in WWII. On Friday, at 91-years-old, his family laid him to rest with full military honors at Jefferson Barracks National Cemetery.

But, they were not the only ones to bid their final goodbyes.

“'The man'" was standing out there and he had his hand over his heart,” said Collins.

She later learned the man in the picture was Bradley Faulkner, a U.S. Army Veteran of nine years.

Bradley pulled his truck over to salute the procession.

“For that moment, everything about my grandfather about his legacy and life was important,” Collins said. “And people were stopping to honor that."

Collins wanted to say, 'thank you' to this stranger turned friend. So, she posted the picture to Facebook and, within a few hours, it reached Bradley's wife.

“Hello, Bradley? Nice to meet you come in,” Collins said to Faulkner.

Faulkner drove over from his home in O'Fallon, Missouri, to meet Collins in person.

“Can I give you a hug please?” asked Collins as she greeted Faulkner at her front door.

"It doesn't change or alter your life at all to maybe lift up that one family and say, 'hey, in your time of need, I'm here for you whether I know you or not,'” said Faulkner.

The two got to talking.

“It's just such an honor to be able to meet the person that made such an impact on us for a moment in time,” Collins said.

Faulkner served one tour in Iraq as part of the military police. He comes from a military family. His grandfather also served.