'She’s guiding their sticks from heaven': Couple waits a lifetime for Blues win

Danette said the Blues would win the cup the year she passed away. 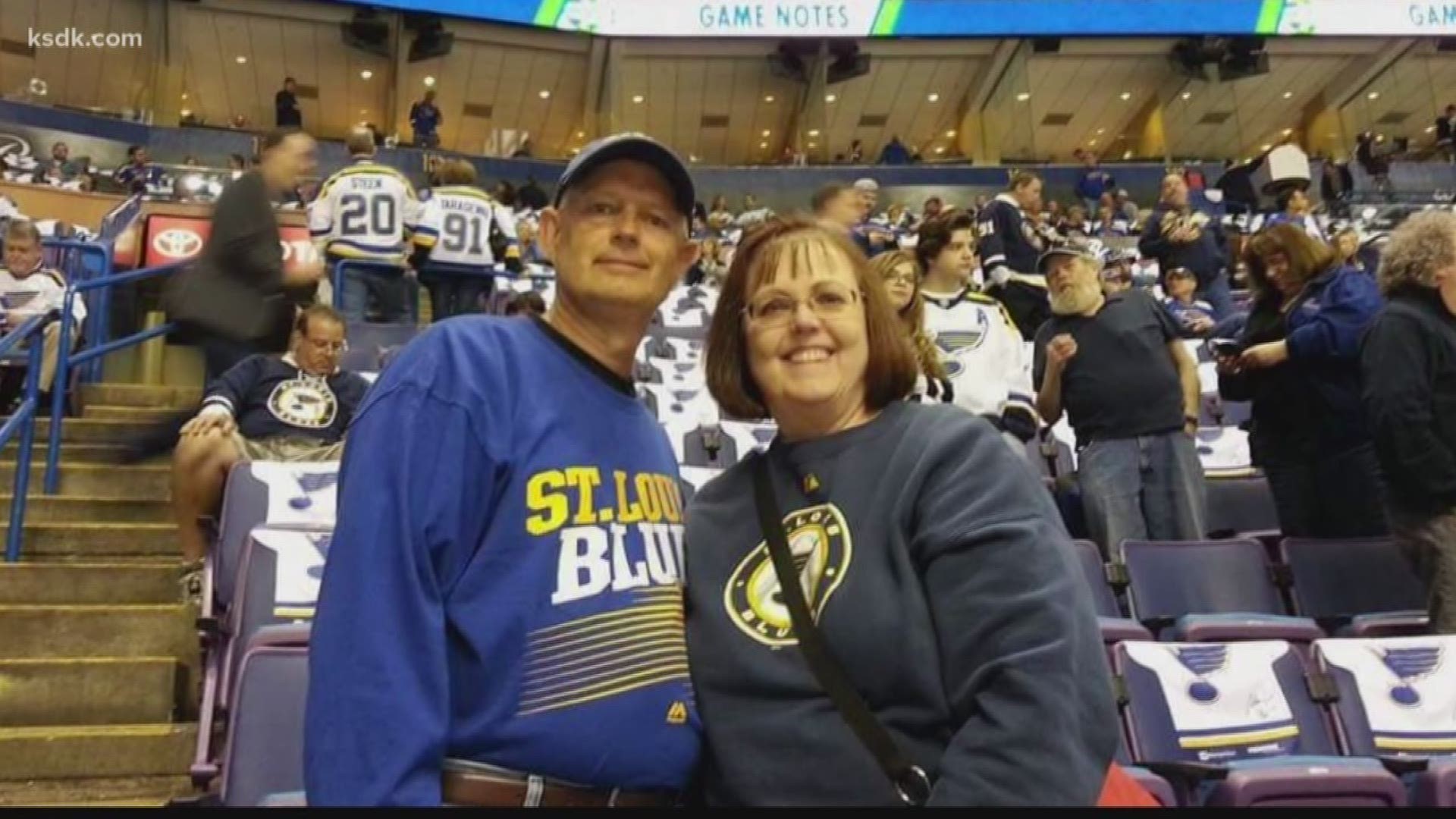 IMPERIAL, Mo. — The walls at one home in Imperial act as a time capsule. It is a snapshot of the St. Louis Blues triumphs and troubles. It started with Chuck Lefley’s hockey stick from 1975.

“That’s what we did. We went to hockey games,” said Ken Duckworth.

The collection turned into pucks, pictures and old ticket stubs.

The walls also hold pieces of a love story dating back to the 70’s. A boy named Ken. A girl named Danette. Both loved the Blues.

It’s a passion that blossomed into much more for these two diehard fans.

Their love for hockey and each other growing with each passing year. Watching their team head to the Stanley Cup Final for the first time in 49 years is a moment they’ve waited a lifetime for.

“We did it. They did it. We get to watch a Stanley Cup final game,” Ken said emotionally.

However, when the Blues beat the San Jose Sharks to advance, Ken’s wife of 38 years wasn’t there to see it.

Instead, he sat next to an empty chair, her high school Blues jersey draped on the back and her photo nestled in the cushion.

“She passed away,” Ken said tearing up.

Danette lost her battle with pancreatic cancer at 62. She was a Blues fan until the end. She was buried in her favorite player’s jersey, Chuck Lefley. Her dying wish was for the Blues to win the Stanley Cup.

“We never thought that they’d make it,” said Ken.

As his life seemed lost so did the Blues season: last place, their coach fired, their starting goalie pulled for a rookie.

Then on February 2, 2019, the day Danette died, her wish started to come true.

That night started an 11-game winning streak; a franchise record.

The Blues are just three wins away from making history.

“It’s so emotional. It’s happy and sad at the same time,” said Hills.

The family now gathers next to her photo to watch the final games.

“I sit down and watch it with her,” said Ken holding up her photo.

That win would be the final piece to a wall started by two teenagers just starting to fall in love.