Wedding ring missing for 5 years found at Aldi store, given back to owner on his 100th birthday

The contractor's wife who found the ring was able to meet up with the veteran's family and friends to return the ring. 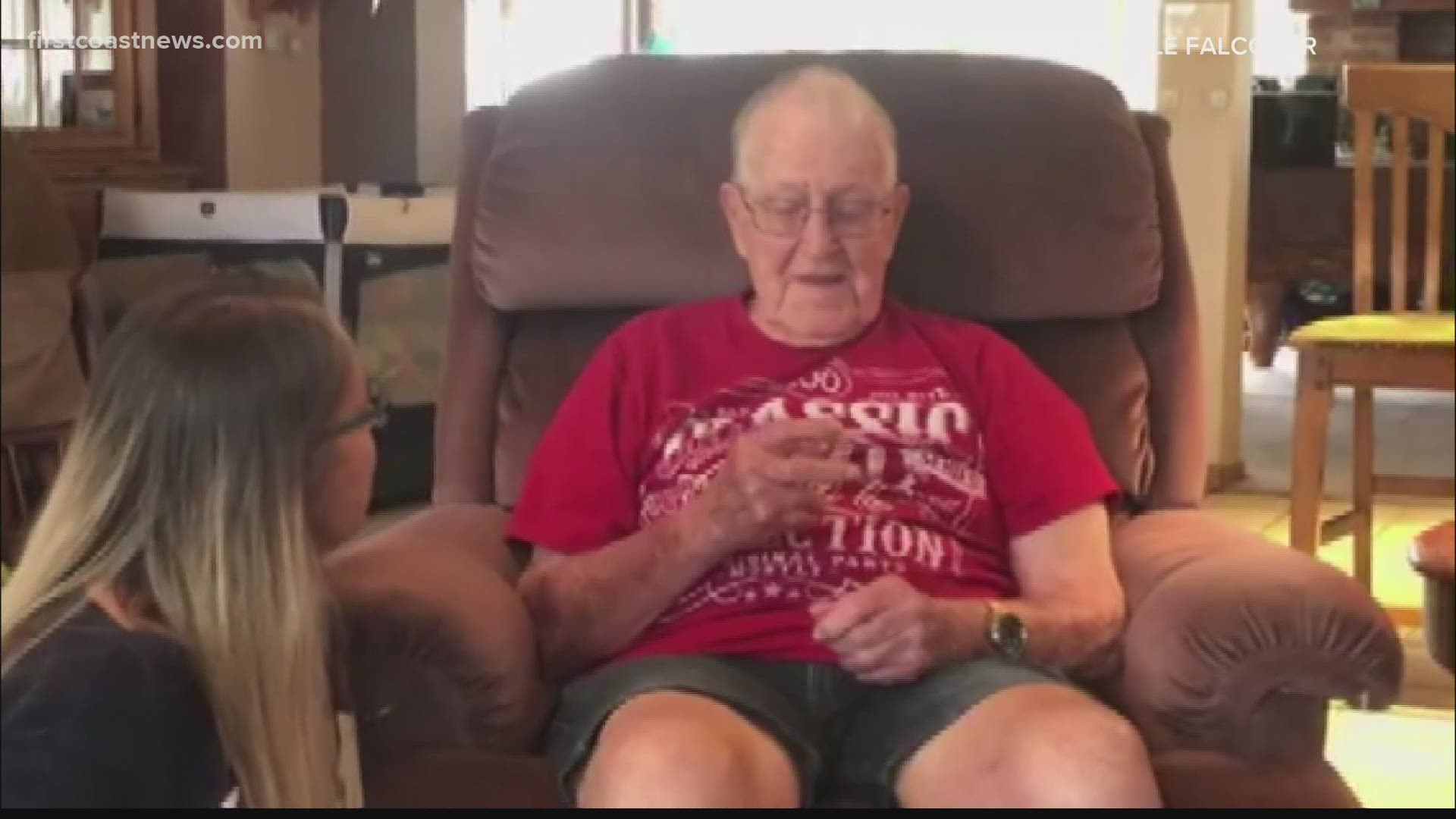 FLORIDA, USA — A man in South Florida got a lot of surprises for his 100th birthday, but there may be one that sticks out the most.

Among the birthday presents, Donald Dennis' wedding ring was returned. Dennis, a World War II veteran, lost the ring nearly five years ago grocery shopping in his hometown in Minnesota.

While an Aldi there was being remodeled, a contractor found the ring that's inscribed with Dennis' name, his wife's name and their wedding date.

Store managers were able to track down his daughter. The wife of the man who found it was already traveling to Florida this week, the same week as Dennis' birthday party. Dennis' daughter asked family friend Camille Falconer, who lives in St. Augustine, if she could meet for the ring handoff before heading to the celebration.

His daughter surprised him with the ring Sunday at the party in Fort Lauderdale.

“He teared up," Falconer said. "He got the biggest grin on his face and he just held that in his hand like it was a treasure, which it is, and he put it right back on his finger and it fit just fine," Falconer said.

According to Falconer, Mission BBQ honored Dennis Sunday as well with a cake, balloons and a ride in an Army vehicle to the venue.