Woman hoping to give every kid in local hospitals a stuffed animal for Christmas, and she needs your help

"I want every child in Jeff Gordon Children's Hospital, Hemby Hospital and Levine to have a stuffed animal in their hand on Christmas morning." 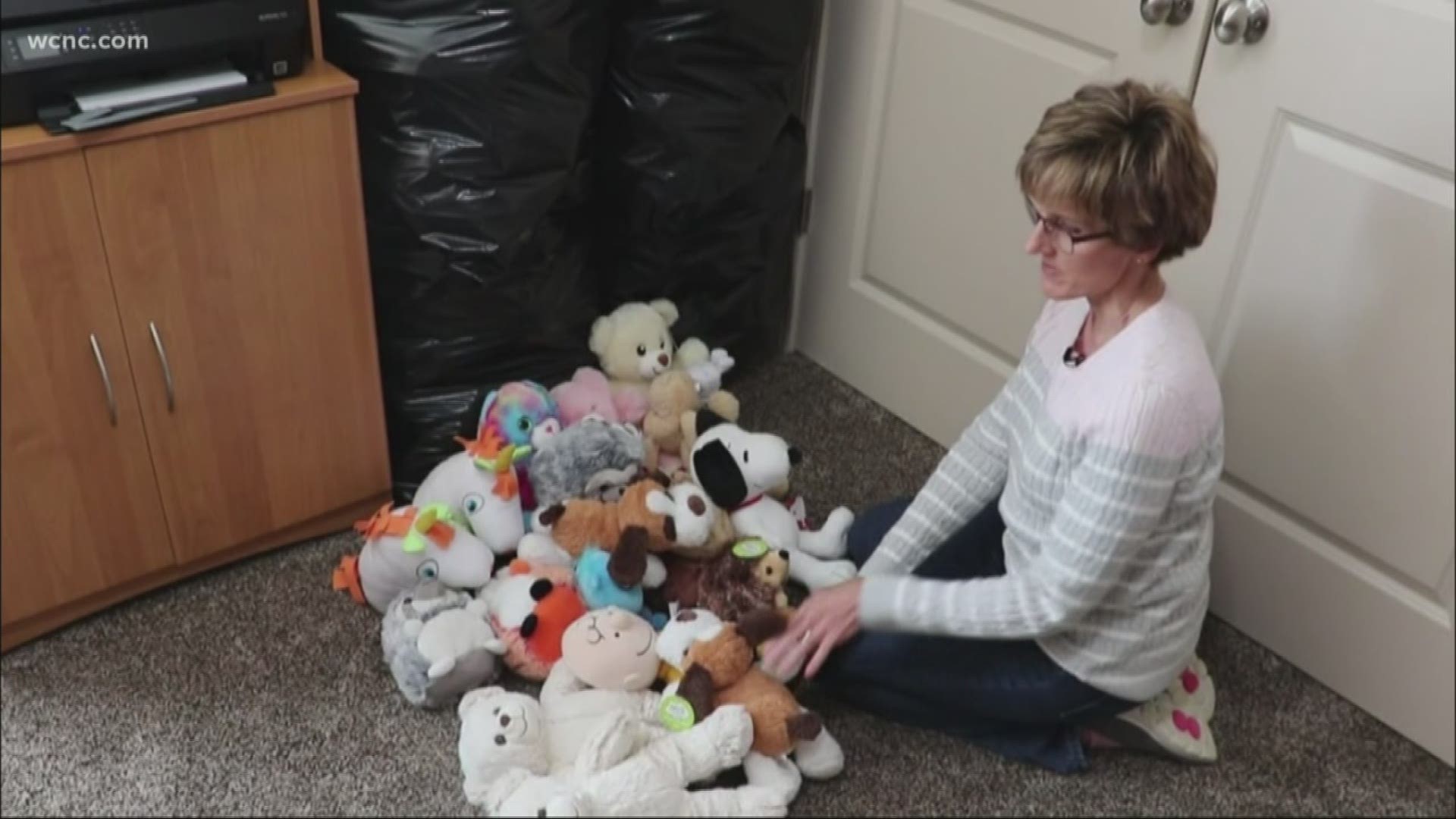 "35 years ago I worked at a pediatricians office," Kluth recalled. "And I worked for a doctor and we had a lot of cancer kids come through there every day."

Kluth said no matter the situation the kids were placed in, they always had a smile on their face.

"To see the look on their faces all you had to do was give them a smile and they would give you the biggest smile they could muster up. And I'll just never forget those faces," Kluth said.

"I want every child in Jeff Gordon Children's Hospital, Hemby Hospital and Levine to have a stuffed animal in their hand on Christmas morning," Kluth said.

At first, Kluth just focused on one single hospital, but quickly expanded the project once the teddy bears came flying in.

"When I first started the project I was a little leery. But I did it and the community just came together. I have collected about 200 and we need about 145 more," Kluth said.

Kluth said this mission to collect stuffed animals is not about her, but rather the community that has so quickly supported her.

"It's going to be so rewarding and it's not about me, it's about what the community has done. They just pulled together and if we just think about the kids, it makes your heart so warm," Kluth said.

The community support for this service project extends past just donating stuffed animals. In fact, the sign that lives in front of their house that details the mission was donated by a local community business.

"It was actually donated by the folks who help us with signs we purchase," Kluth's husband, David, said. "But when I told him we had a charitable thing going on he very kindly offered to prepare the sign."

Kluth said with so many kids in the hospital this holiday season, she hopes these stuffed animals bring just a little bit of joy.

"These kids practically live in the hospital and [the hospital] is not the place they want to be on Christmas morning. So I want them to have a smile on their face," Kluth said.

Here's how you can help:

The Kluth's need new stuffed animals with the tags still on

You can also email Kluth at Lwkluth@gmail.com

OTHER STORIES ON WCNC