4 Hands gives back to St. Louis one beer at a time

The City Wide beer is brewed with malt, hops and a lot of love for the St. Louis community. 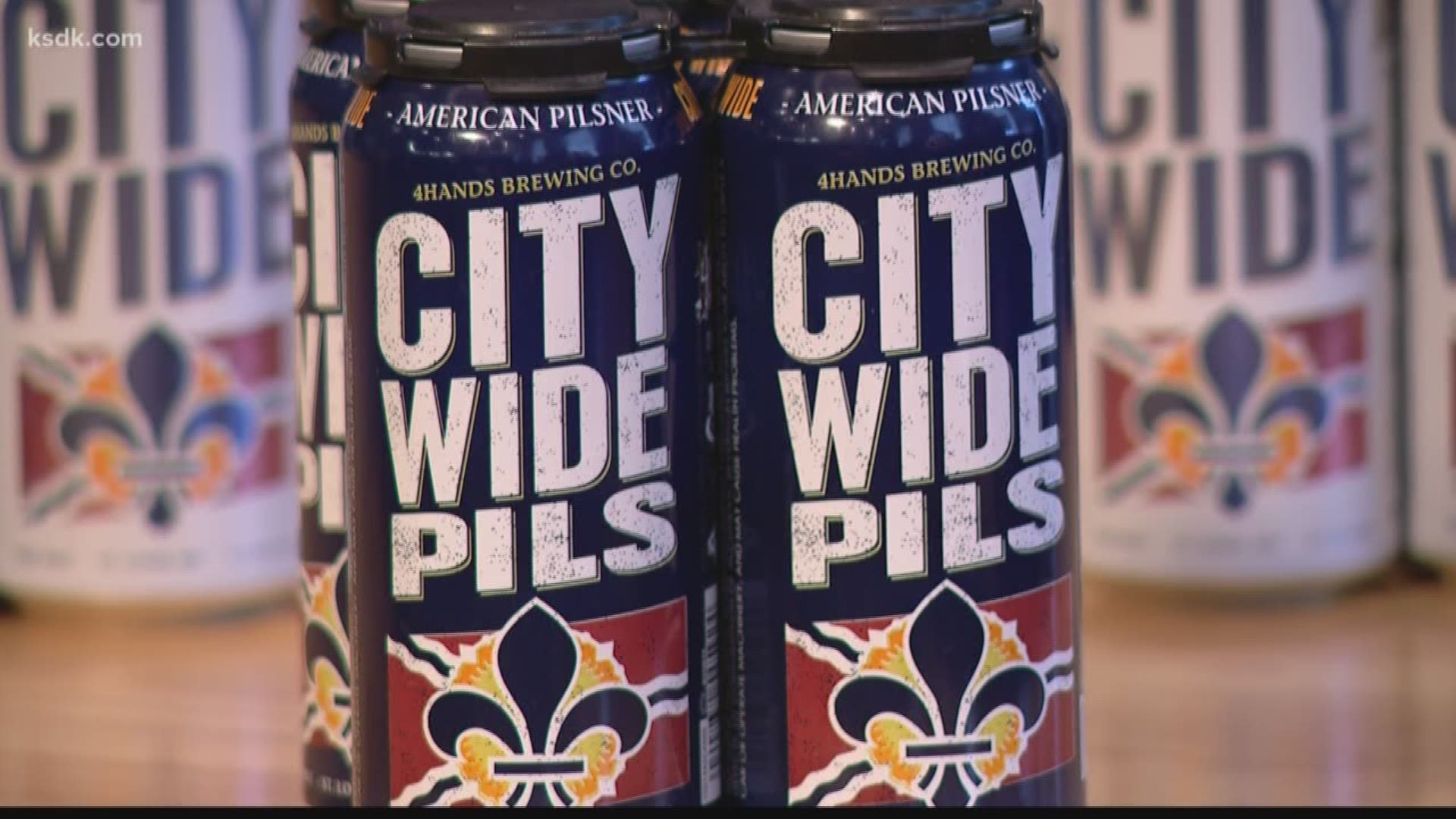 ST. LOUIS — They’re brewing what they believe is a good craft beer at 4 Hands.

"If you're a St Louisan you grew up on beer and baseball. Right? We're a mile from baseball and we brew great beer right here," said founder Kevin Lemp.

But there is more to that label than a name.

"We always wanted to be more than a brewery," he added.

What they're doing with the City Wide beer says something about the impact they’re trying to make in St. Louis.

"We feel like we can be a small pillar to make the city better."

This is a company with a conscience. Kevin said they're "hyper inspired."

"We've seen what you can do when you try to make change," Brewmaster Andy Burgio added.

"Our platform has really always been to just give back," said Kevin.

This is where the City Wide brew comes directly into play. Each can sold translates into dollars for local charities.

"We donate $1 per case of every case of City Wide we sell to a different charity every quarter," Andy explained.

They’ve been able to make a difference for those in need in a big way--more than $160,000 donated to charities so far.

Kevin said 4 Hands started as a career change and a dream. Now the brewery is helping others keep their dreams alive.

"Once we got to the point where we weren't just surviving as a small business and we had the opportunity to try to help, we jumped in and helped," said Andy.

City Wide is a special brew in more ways than one.

"Part of my fabric is being creative. I love to do that and to see that benefit other people is amazing," Andy added.