America's Birthday celebrated all around the St. Louis area

Parades and festivals mark the occasion. 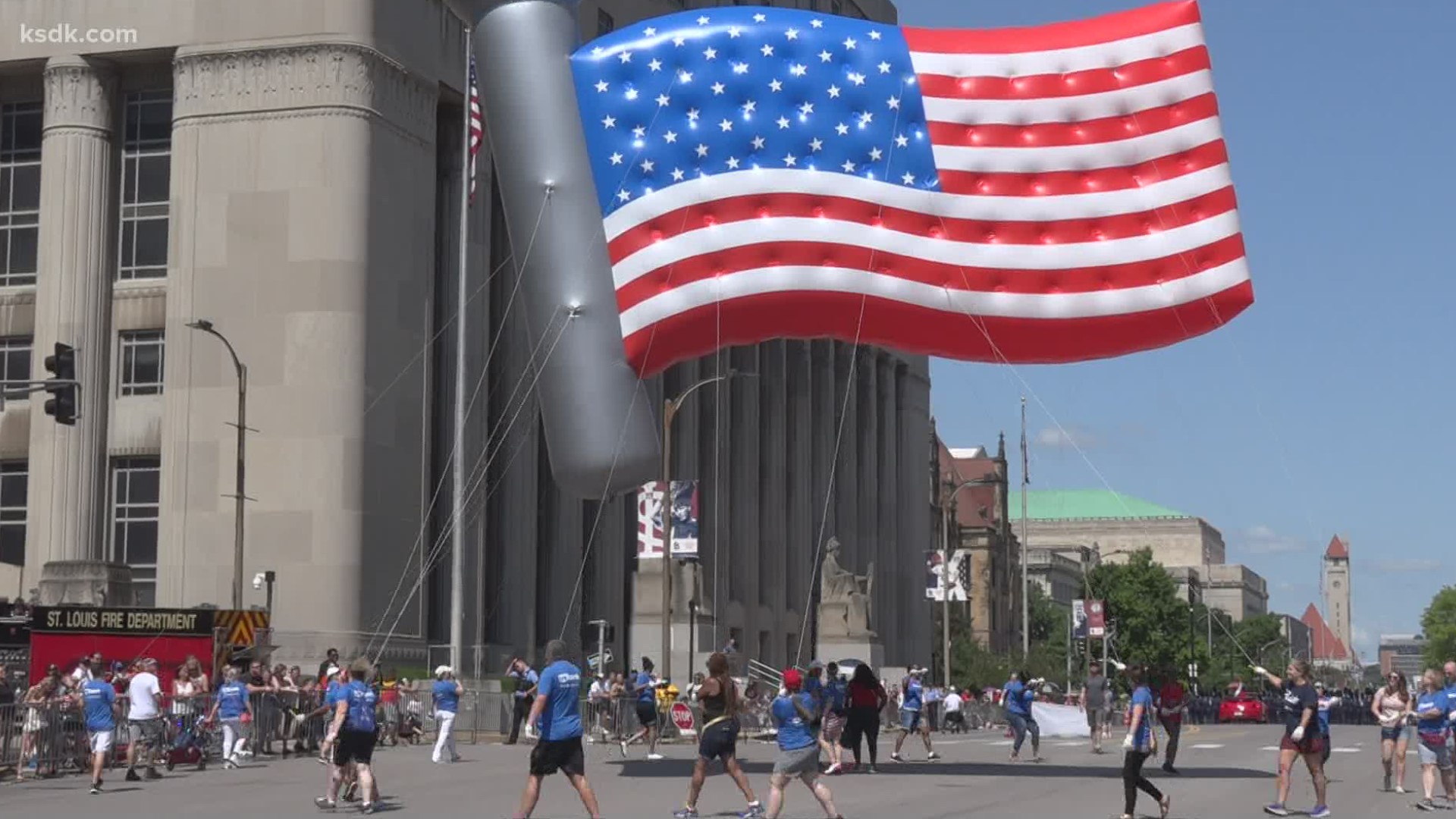 ST. LOUIS — The celebration of America’s birthday this weekend is underway around the St. Louis area.

And there seems to be a little “extra” party considering there was a time when we had reason to believe COVID-19 might prevent this.

From St. Charles County to the Mississippi riverfront, St. Louis-area residents are marking the occasion and taking note of the fact that they are able.

In Webster Groves, some families turned out early to get a good seat for the Fourth of July weekend Community Days Parade.

Sitting in the front row, Laura Wunderlich said, “Actually, we lucked out. We got here about a half-hour ago.”

Andy Haskenhoff explained why he was there.

“Brings back what America’s all about, right here,” he said.

Tom Zetlmeisl was accompanying a half-dozen or so kids who were sitting on the curb.

“We did not have to arrive early,” said Zetlmeisl.

His curb-side seating was a pretty good deal.

Meli Hasting was holding her son, Preston, on her lap.

“We were here last year,” said Hasting, “but Preston is a die-hard fan of these parades.”

Leslie Thomas was sitting with a group on the other side of the street.

“We come every year,” she said. “We’ve been coming here since I was a kid, and now we bring our children.”

Heritage and Freedom Festival organizers in O’Fallon, Missouri, bet against COVID, last winter, when they planned a three-day event in July.

The payoff was great weather.

In downtown St. Louis, there was another parade Saturday morning – the newly named America’s Birthday Parade.

Parade-goer A.D. Hilliard said, “We have a grandson that’s going to be marching in the parade.”

Gina DeWitt said, “It was good nerves of excitement to be able to do this today.”