Photographers descend upon Flags of Valor display in Forest Park

They arrive while it's still dark to capture the sunrise in Forest Park. 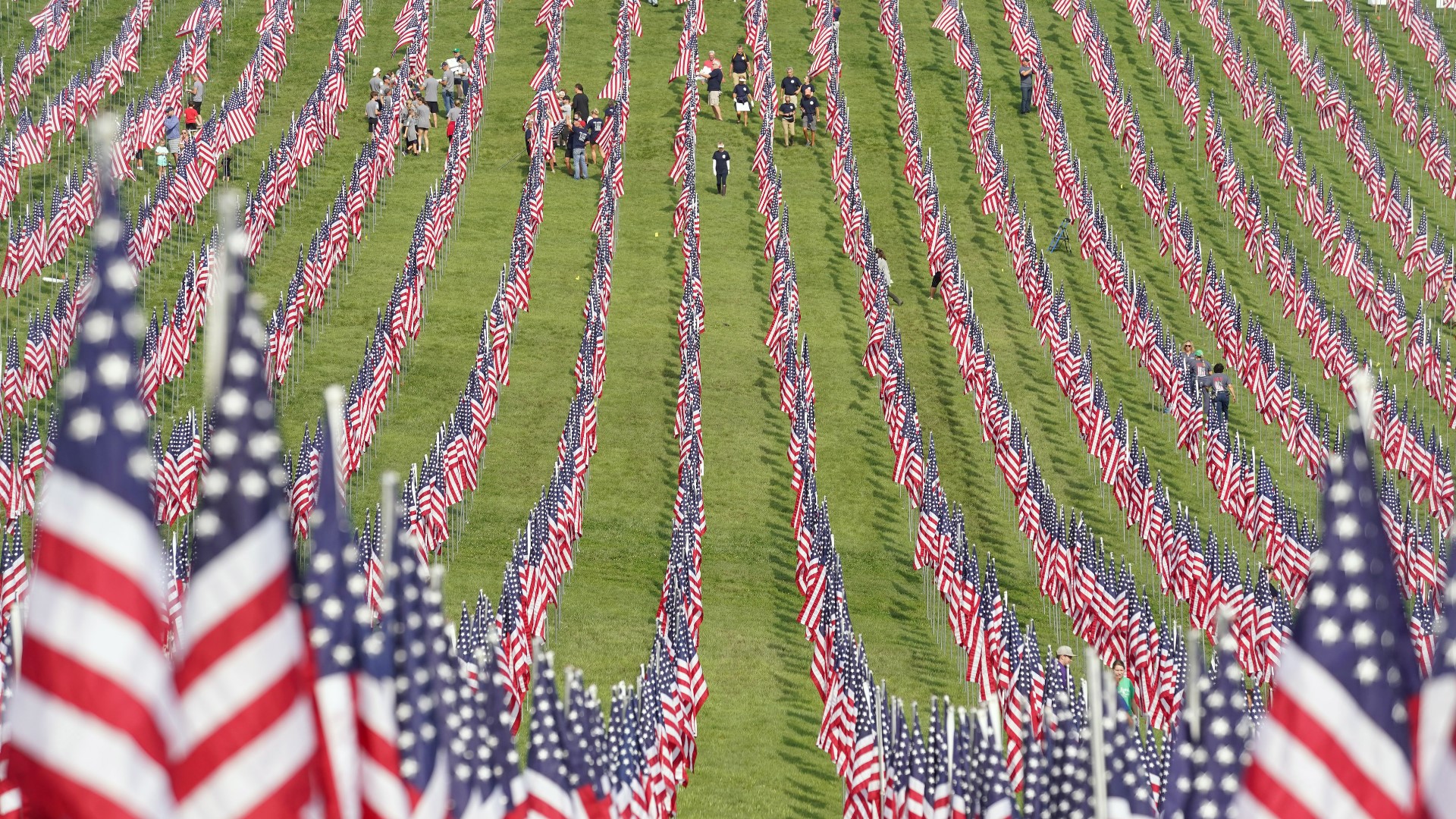 ST. LOUIS — While it may be Labor Day, it’s “Memorial Week” at Art Hill in Forest Park.

The Flags of Valor display, meant to honor service members and first responders who have died since 9-11, now proudly blows in the wind.

While it’s a popular destination for photographers, many are finding when they show up to capture the experience, the experience captures them.

Rick Rovak worked his way between rows of flags until he found just the right shot.

“Well, it’s one of them,” said Rovak. “There are so many shots. Great time of day to do this sort of thing.”

“It’s such a beautiful display,” said Rovak. “it’s all about light, and what’s in focus, front to back.”

On top of Art Hill, Tom Ronollo explained to a reporter that he takes photographs here nearly every day.

“Like most photographers,” said Ronollo, “I actually do it for fun.”

The flags give him something different to focus on.

“I wanted to shoot it F-13 because I wanted as much depth as I could for the far flags and the close flags,” said Ronollo.

Allen Ahner says he’s not a real photographer. But the Vietnam veteran does claim to be a patriot.

“Yesterday we got here about 6:00 and watched them drill the holes and plant the flags,” said Ahner. “It was very moving.”

Meredith Heintz says her focus is not photography.

The Flags of Valor - all 7,582 of them - will remain on display through September 12. According to the protocol of the U.S. Flag Code, the American flags are illuminated, at night.