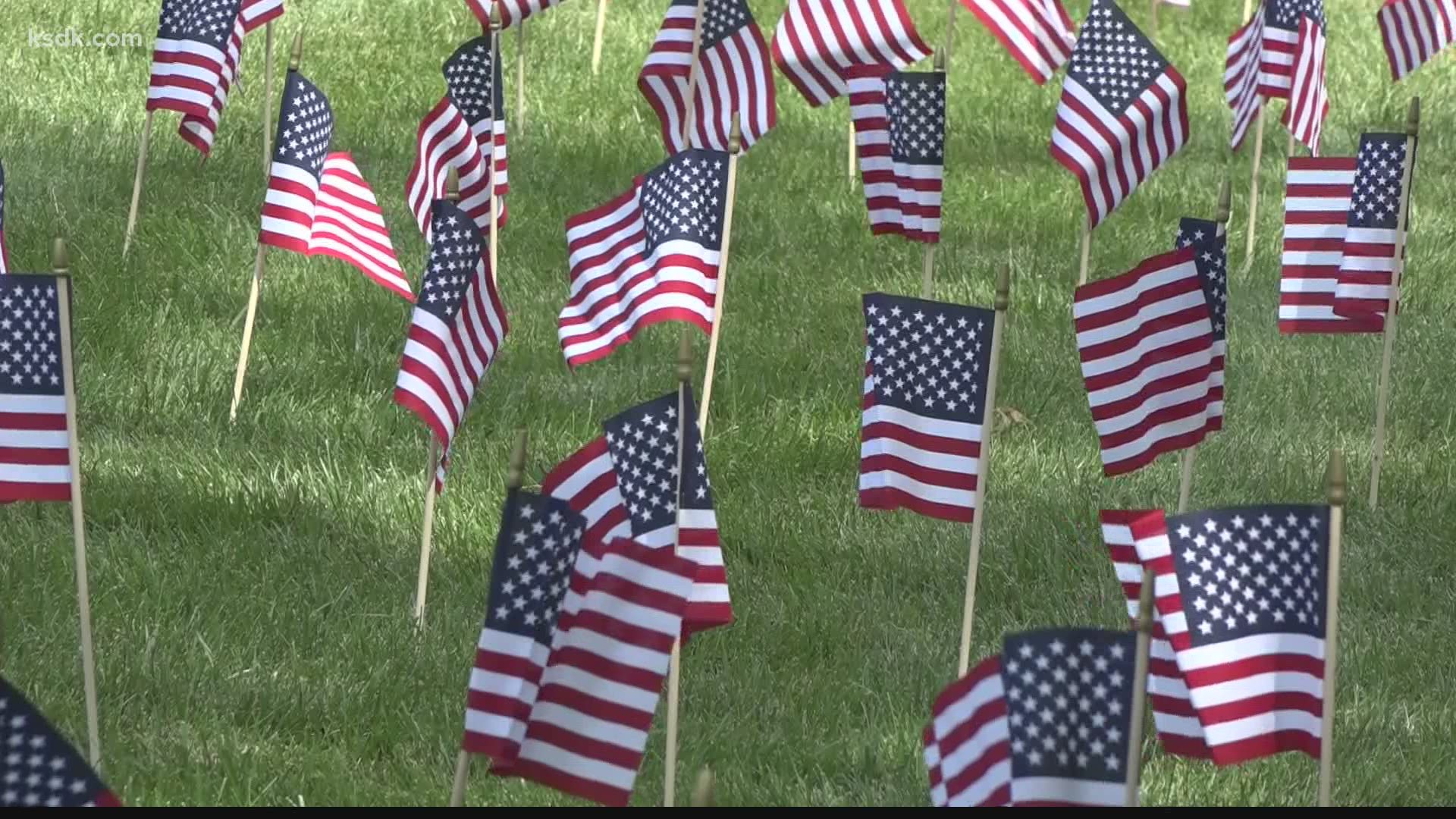 ST. LOUIS — On this Memorial Day holiday, people all around the St. Louis area are paying their respects to American service members who gave the ultimate sacrifice.

At Jefferson Barracks National Cemetery, perfectly aligned rows of grave markers were all dressed up for Memorial Day, each adorned with an American flag. People walked among them, reflecting on the collective sacrifice. The order and precision showcased here are meant as a tribute to the sacrifice these legions of men and woman gave for subsequent generations.

“We need to constantly be reminded of our gift of freedom and those who gave all to make sure that generations continue to know a life in a free democratic society,” Veterans Administration official Sonny Peppers said.

Ed Moore is retired from the military.

“I’m just acting my age,” said Moore. “I’m 84 years old. I was in the Navy for 23 years. I’m here showing my respect for those that are gone and those that are here now.”

Members of the Gateway Blue Star Mothers were in attendance.

“All of us are mothers of active duty or veterans," Kathy Schulte said, "so we would hope that the public would come out and honor our children the same way we want to honor those who went before us.”

The Missouri Historical Society provided flowers for people to lay as memorials in the facility’s Court of Honor.