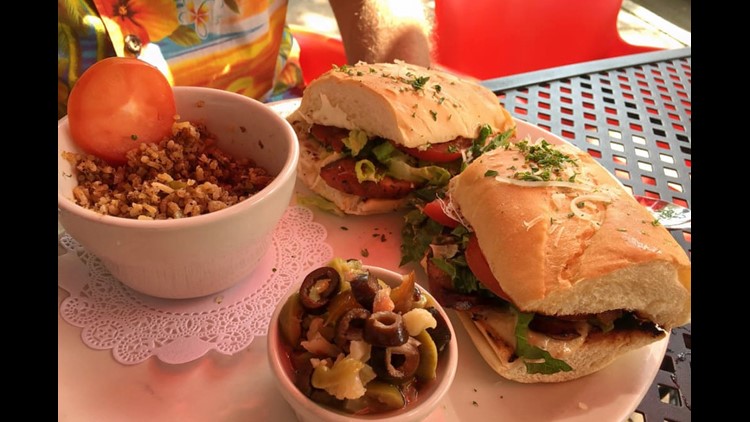 Here are 4 of the best Cajun / Creole restaurants in St. Louis

ST. LOUIS — Looking to satisfy your appetite for Cajun/Creole fare?

Hoodline crunched the numbers to find the top Cajun/Creole spots around St. Louis, using both Yelp data and our own secret sauce to produce a ranked list of where to fulfill your urges.

St. Louis-area consumers usually spend more in the winter at restaurants than any other season of the year, according to data on local business transactions from Womply, a provider of software and email marketing services for small businesses. The average amount spent per customer transaction at St. Louis-area restaurants grew to $29 for the metro area in the winter of last year, 3% higher than the average for the rest of the year.

Hoodline offers data-driven analysis of local happenings and trends across cities. Links included in this article may earn Hoodline and its partners, including this website, a commission on clicks and transactions.

First on the list is Broadway Oyster Bar. Located at 736 S. Broadway downtown, the music venue and Cajun/Creole spot, which offers seafood and more, is the most popular Cajun/Creole restaurant in St. Louis, boasting 4.5 stars out of 1,766 reviews on Yelp.

Next up is Central West End's Evangeline's Bistro and Music House, situated at 512 N. Euclid Ave. With four stars out of 311 reviews on Yelp, the Cajun/Creole spot, which offers seafood and sandwiches, has proved to be a local favorite.

Downtown's BB's Jazz Blues & Soups, located at 700 S. Broadway, is another top choice, with Yelpers giving the Cajun/Creole and jazz and blues spot, which offers barbecue and more, four stars out of 175 reviews.

Sister Cities, a cocktail bar and Cajun/Creole spot that offers tacos and more in Marine Villa, is another go-to, with four stars out of 109 Yelp reviews. Head over to 3550 S. Broadway to see for yourself.