Mia Schroeder, who is a cadet at West Point, was also in uniform on Sunday and gave Abby her first salute. An emotional moment for both sisters and those watching. 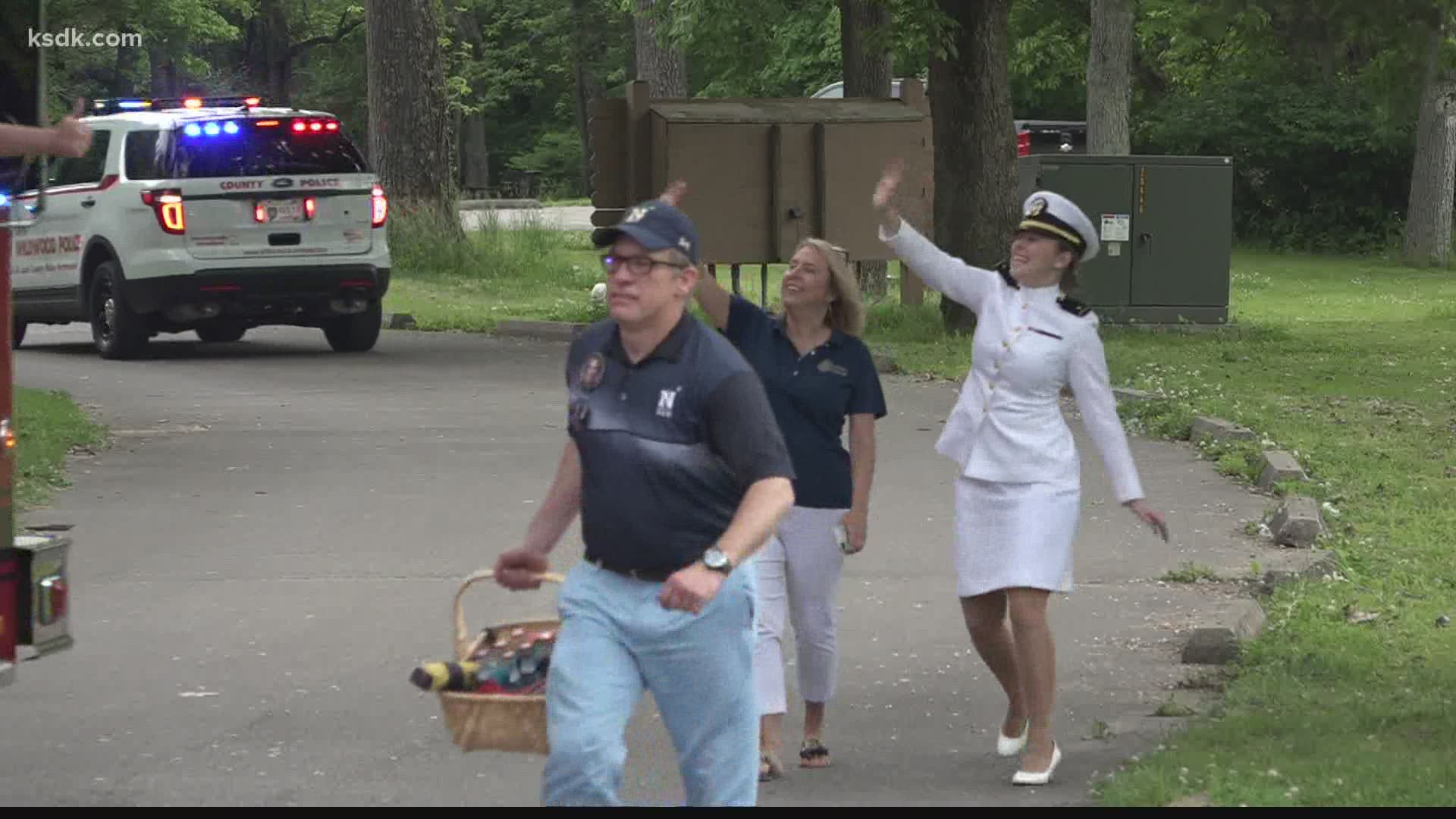 WILDWOOD, Mo. — On Sunday, friends and family gathered for a celebration at Babler State Park to honor Abby Schroeder for graduating from the United States Naval Academy.

The parade was led by the Wildwood fire and police departments. Participants and on-lookers waved American flags and cheered Schroeder on as she greeted them in uniform.

"I'm glad I got to see them," Schroeder said. "I'm glad they get to see me in my uniform before I ship off to San Diego in a few days."

Schroeder attended her commissioning ceremony last week in Annapolis. The ceremony had to be adjusted to meet social distancing guidelines implemented due to COVID-19.

"It’s sad I couldn’t see all 1,000 of my classmates," Schroeder said. "But having small ceremonies with only 200 or so was more intimate and safer, of course, given this pandemic. I think the academy did a very good job that was still special and still unique."

Schroeder said the ceremony was held at the pavilion where she was initially sworn into the Navy when she arrived at the academy.

"I’m really happy that they kind of reverted and put it back there so that way we kind of came full circle," Schroeder said.

Days after she was officially commissioned Ensign Abigail Schroeder, she and her family returned to Wildwood where she was celebrated by her community. She also received her first salute, which was also very special.

"It means a lot that it's my sister doing it," Schroeder said.

Mia Schroeder, who is a cadet at West Point, was also in uniform on Sunday and gave Abby her first salute. An emotional moment for both sisters and those watching.

"Her first salute," Mia Schroeder said. "I'm honored to give it to her."

Abby and Mia's parents said it's a proud moment for both of them.

"Both girls, we're so proud of them," Phil Schroeder said. "Abby crossing the finish line here is really a testament to her call to service, which is something beyond anything any of us have seen in our family. My dad was a World War II veteran and Steph’s dad was an Army veteran, but both enlisted. This is the first time anyone in our family has taken the academy route, so we’re very proud of them.”

Abby Schroeder will ship off to San Diego in a few days. She will be there for about three months. Then she will go to Sasebo, Japan where she will begin her career on the U.S.S. America. 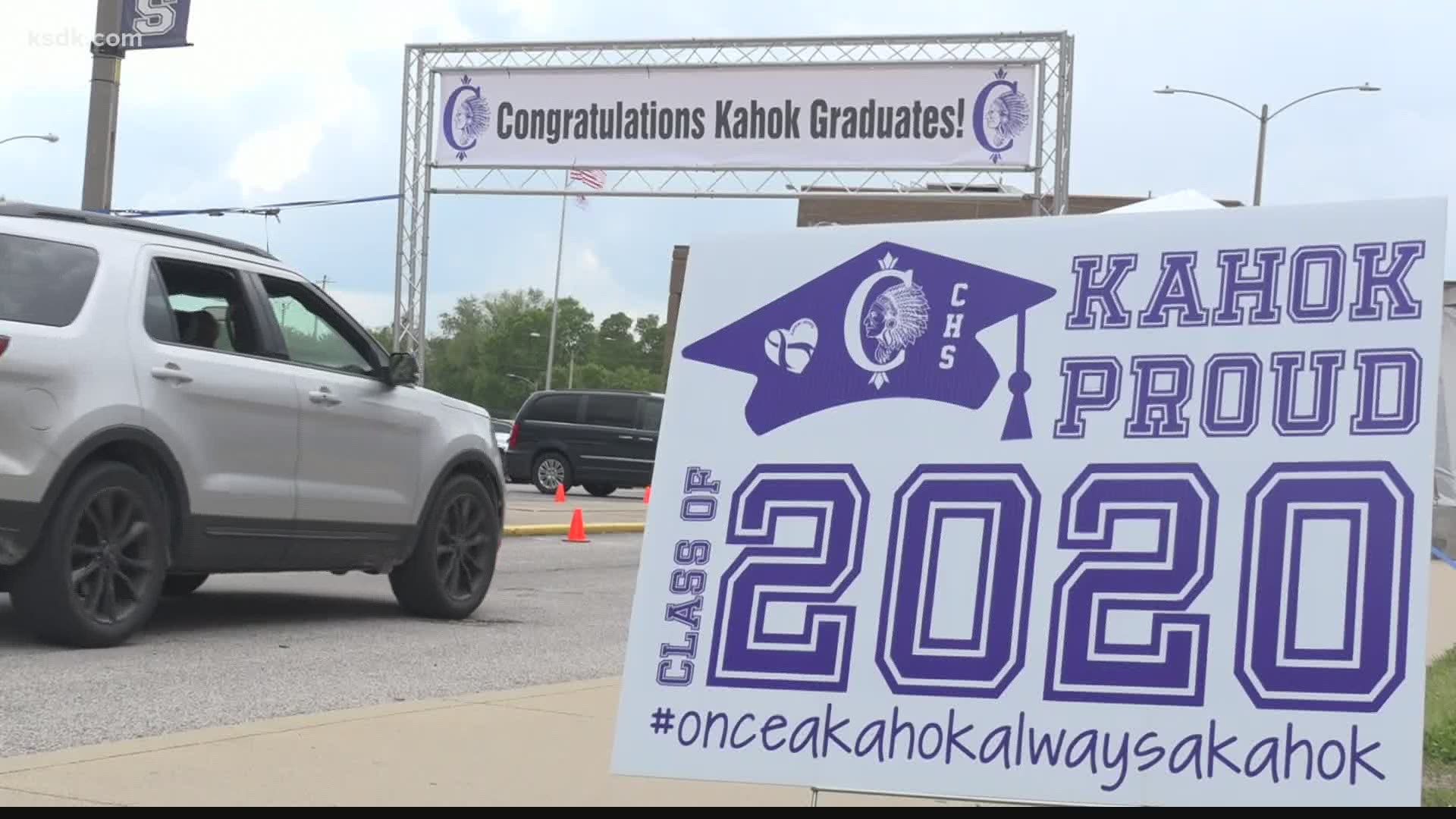 RELATED: Fear of the future: Class of 2020 enters a world in crisis