During a special ceremony at the Capitol, Kemp delivered remarks for the late Congressman. The full text appears below. 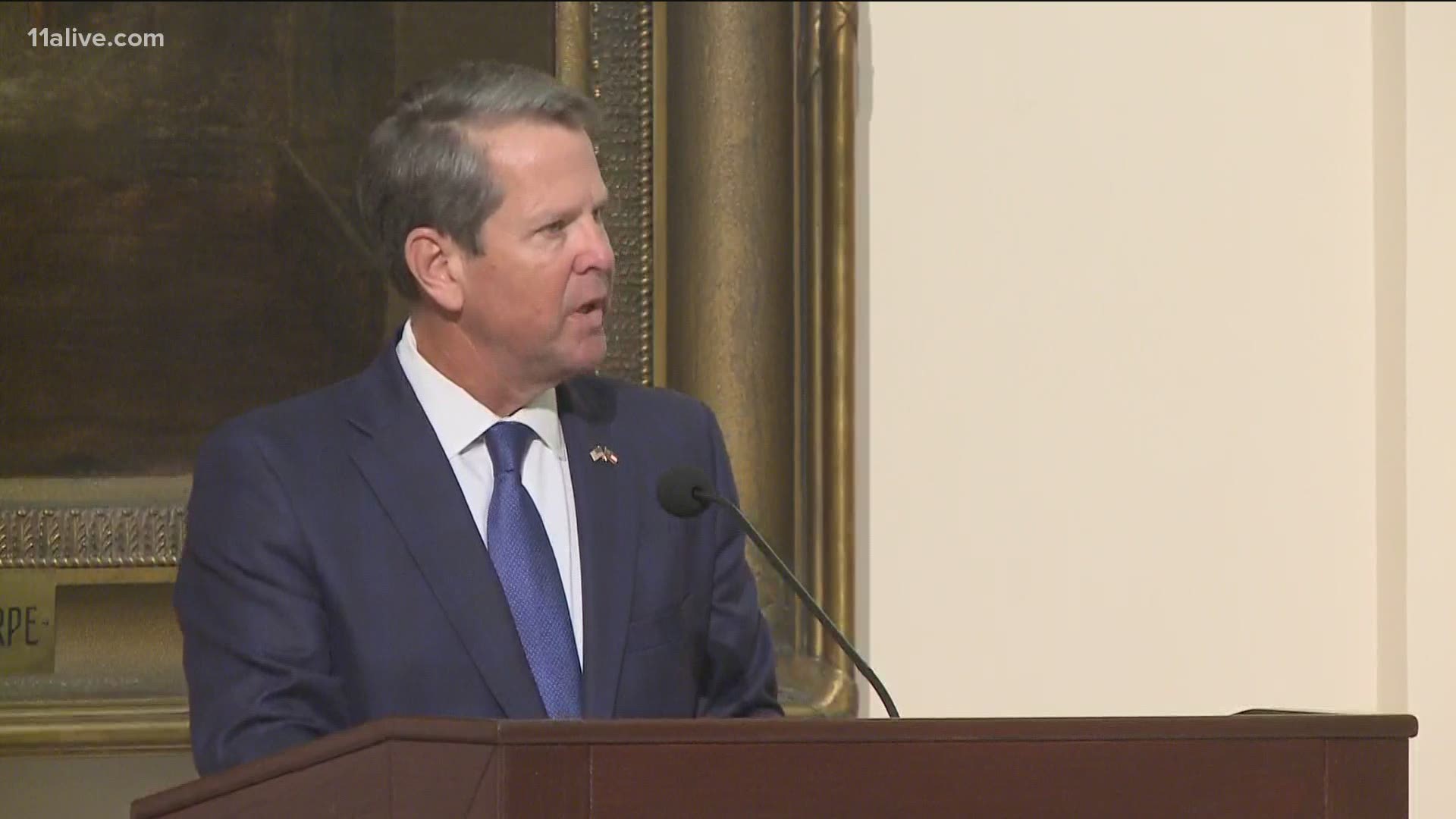 ATLANTA — On Wednesday afternoon, Rep. John Lewis returned to his adopted home of Atlanta for the final time on his six-day journey to eternal rest.

After arriving at Dobbins Air Reserve Base just after noon, following his lying in state at the nation's capital, Lewis was escorted through the city to the Georgia state Capitol, where he was memorialized in a special ceremony by local and state leaders.

During the the ceremony, Governor Brian Kemp delivered remarks for the late Congressman. The full text appears below:

Today, Marty, the girls, and I join countless Georgians and Americans in mourning the loss of Congressman John Lewis – a titan of the Civil Rights Movement, a beloved Georgian, an American hero, and a friend to all who sought a better, fairer, and more united society.

Congressman Lewis changed our country in profound and immeasurable ways, and his legacy of passionate service is truly unmatched. The son of sharecroppers, John Lewis felt his calling at a young age and devoted every waking moment to the fight for justice, equality, access, and opportunity for all people – no matter their skin color. He built quite a reputation along the way, and the 'good trouble' that led to real change inspired a country and changed the world. No matter where you go, everyone knows the name of John Lewis, and more importantly, they know his record of standing up, speaking out, and shaking up the status quo.

At home in the 5th District, this legendary freedom fighter was a friendly neighborhood face, serving his constituents selflessly and with open arms. In our country’s most trying moments, Congressman Lewis taught us the lesson of joyful, steadfast commitment to ideals bigger than one man or one movement. When faced with fierce, violent opposition on a bridge in Selma, Alabama, John Lewis stared evil and injustice in the eye. He didn’t turn back that Sunday, because he was grounded in a deep belief that our worth was given by God – not by man. His example taught us that we have nothing to lose and everything to gain by working together and loving one another. And even today, as our country faces a public health crisis and new challenges rooted in injustice, I know that the example left behind by Congressman Lewis, the man who literally crossed the aisle to embrace retiring Republican Senator Johnny Isakson, will inspire us all to do the hard, necessary work to overcome our shared challenges and emerge stronger.

1 / 24
AP
A military honor guard moves with the casket of Rep. John Lewis at the state capital, Wednesday, July 29, 2020, in Atlanta. Lewis, who carried the struggle against racial discrimination from Southern battlegrounds of the 1960s to the halls of Congress, died Friday, July 17, 2020. (AP Photo/John Bazemore, Pool)

The Congressman put it best saying, 'We love our country, we love our democratic society, so we have to move our feet.' As we mourn his passing, we should all recommit ourselves to the principles he fought for: our country’s core foundation in liberty, freedom, and justice for all. America and the State of Georgia will be forever stronger, freer, and more just because of Congressman John Lewis, but we must do our part to build on his work and keep his legacy alive. He urged us to love one another, to walk and work together – despite our differences, and push our state and nation toward a better tomorrow. His leadership in the Civil Rights Movement and more than 30-year career in public service embodied our highest ideals, and we are each – as Georgians and Americans – better for his work. So now – in honor of his memory – we have to 'move our feet.'

May his words, actions, and legacy continue to serve as our country’s conscience. The prayers of my family and all Georgians are with Congressman Lewis’ family, his loved ones, his staff, and all those he inspired. God bless you all, and may God continue to bless our great state and nation."