The generational movement aims to dispel the negative stereotypes against Black men that can be so difficult to overcome. 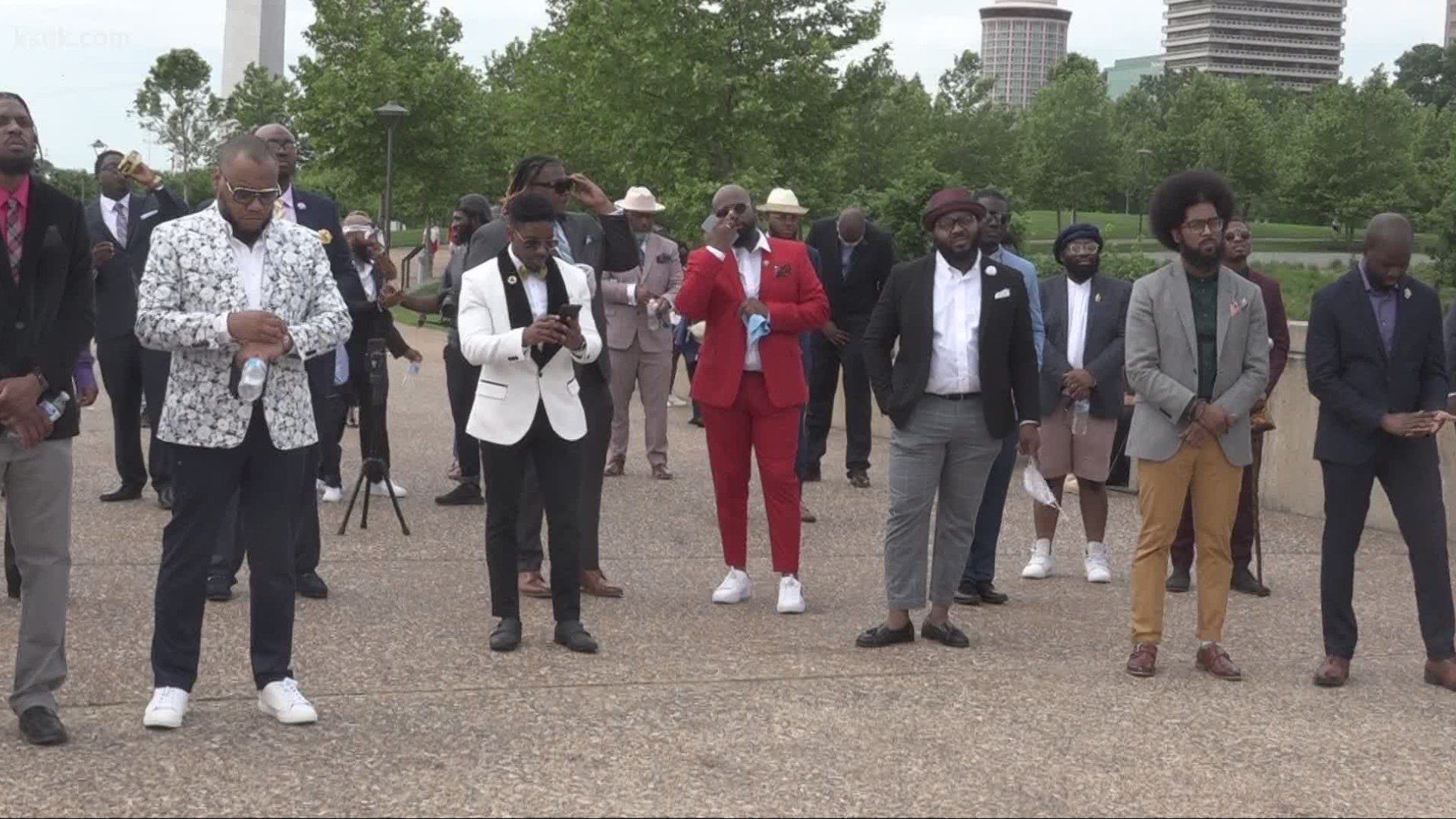 Men and boys came suited and booted in suits to network, mingle and build each other up on the Arch grounds on Saturday morning.

"A lot of men feel they can do everything on their own," Nathan Battle, Interim President for the St. Louis Chapter said. "We try to make sure that we are here for you, brother. We create a space where they can talk about whatever they need to talk about. The things that are comfortable and uncomfortable. That's the most important part.

Chris Hill started the organization in 2017 after seeing the potential in so many African American men who needed brotherhood to continue growing upward socially, mentally, professionally and in the community. Hill is mentoring boys as young as 7.

"Our child program is for ages 7-17," Hill said. "We believe those are vital years where young boys need mentoring, hands on, just other guys to come in and say, 'Let me walk with you, let me teach you.' When you teach a boy, he grows into a man. If you don't teach those principals early, you lose them early."

"These young ones will be our next president, mayor, police officer, doctors professors," Battle said. "So getting them young is exactly what we need to do. So it's the fine details that create the big picture. If we can mold the fine details into something beautiful, the picture will be outstanding, breathtaking."

The organization was started here but has branched into chapters in six cities across the country, with members across the world.

"Just globally, we are catching on to say it's important to pour into the next generation," Hill said. "That's what we are really trying to do. Pour into one another and pour into the ones coming behind us."

Go to manupglobal.org for more information.