Corey is 7-months pregnant with her first child and the poster targeted her pregnant body. 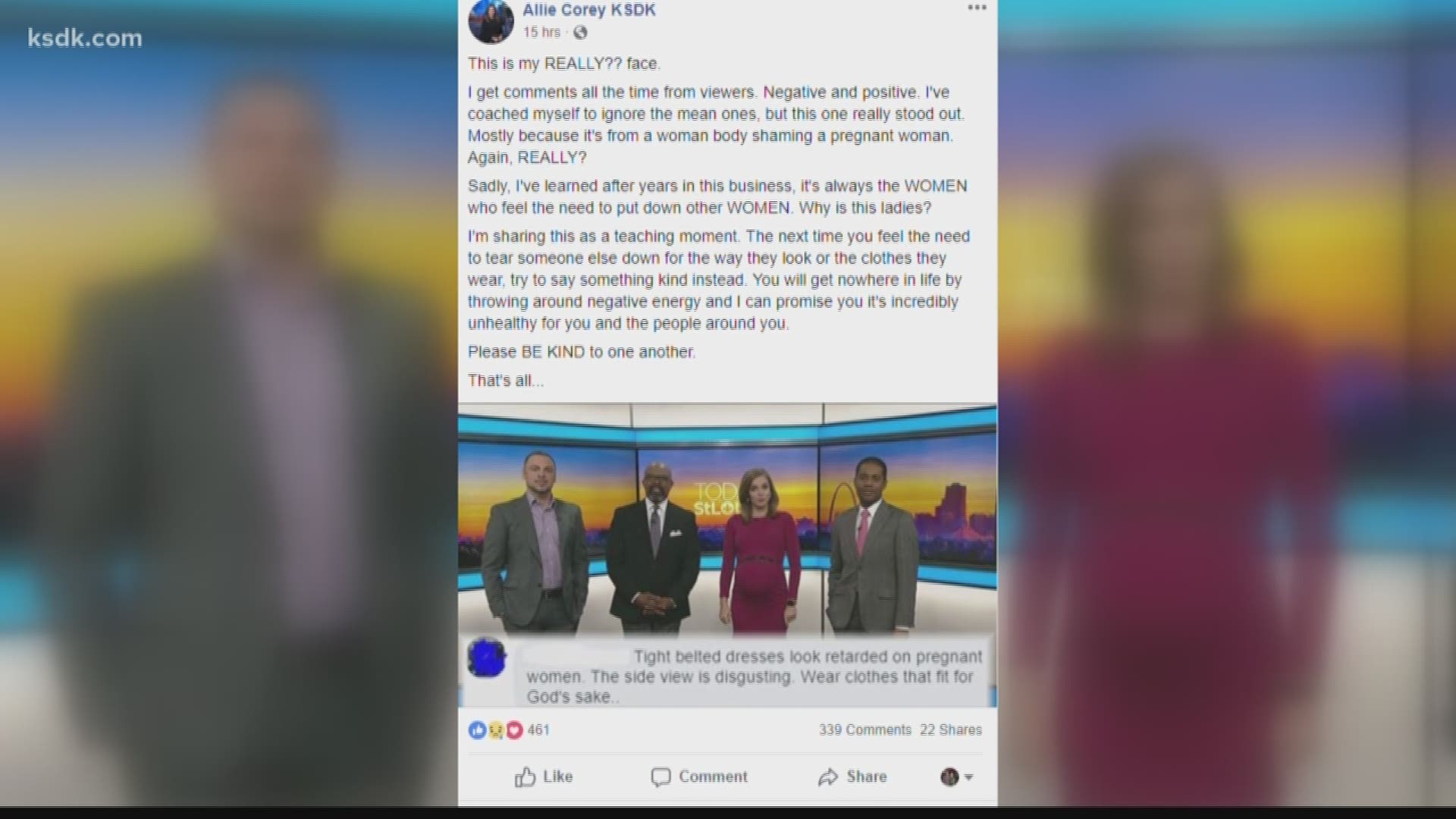 ST. LOUIS — Friday Morning on Today in St. Louis, Allie Corey addressed a body-shaming comment she received from a viewer.

Corey is 7 months pregnant with her first child and the poster targeted her pregnant body.

In sharing this post, Corey hopes to bring awareness to bullying and the negative impact it has on our society.

Allie Corey KSDK
This is my REALLY?? face. I get comments all the time from viewers. Negative and positive. I've coached myself to ignore the mean ones, but this one really stood out. Mostly because it's from a...

Here’s what she said to TISL viewers:

I want to take a moment this morning to share a comment I received from a viewer earlier this week. Before I do, you should know we get a ton of unsolicited comments because we're on TV. Both positive and negative. I've taught myself to ignore them. But there was something about this comment in particular that struck me and I had to share.

I posted it on my Facebook page on Thursday morning. The poster, whose name and identity I chose to remove, targets my pregnant body. She's referring to a dress I wore on Wednesday when she wrote:

After reading this, my guard immediately went up as it always does when I get rude or hurtful comments. I sat at my desk in silence for a while thinking about the motivation behind such a comment. And then it hit me. This type of hate and body shaming towards women is so common in our society. Most often, its women shaming other women.

In this case, it was a woman shaming me for wearing form-fitting clothing during my pregnancy. Basically, not doing a better job of hiding the child I’m growing inside of me.