#VintageKSDK: Before Air Force One, there was The Independence

On Saturday, Nov. 4, 1950, President Harry S. Truman arrived at Scott Air Force Base on The Independence, campaigning for the mid-term election. 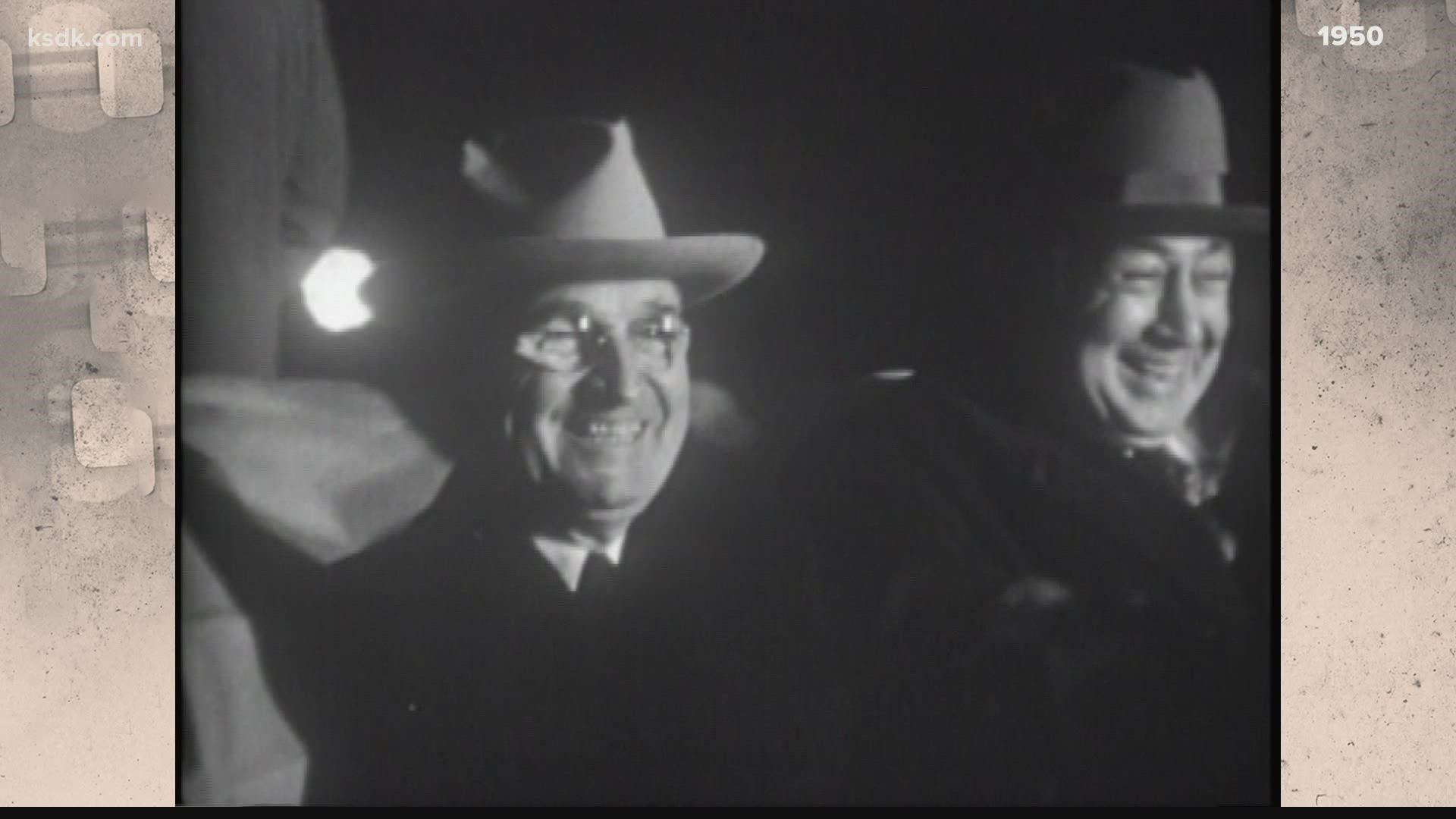 ST. LOUIS — This week's Vintage KSDK takes us back to November of 1950, when then-president and Missouri native Harry S. Truman, wrapped up the campaign for the mid-term elections with a visit to St. Louis.

On Saturday, Nov. 4, he arrived at Scott Air Force Base on "The Independence," the first presidential plane with a bald eagle on the nose. It was an Air Force C-118 aircraft.

The term "Air Force One" wouldn't be used until 1953, when President Eisenhower was in office.

President Truman's schedule included a welcome ceremony on the tarmac and a nationally broadcast political speech.

Following a dinner in downtown St. Louis hosted by then-mayor Joseph Darst, Truman was whisked to the Kiel Auditorium where the crowd heard from the four Democrats up for election in Missouri, including Thomas Hennings who was running for the U.S. Senate. Hennings would go on to win the following Tuesday.

Truman's speech that night was an appeal to keep the U.S. in the League of Nations and to avoid isolationism.

The president also told the crowd the mid-term elections would decide the kind of world citizens would live in for years to come.

Truman spent the night in St. Louis, and flew out of St. Louis Lambert International Airport for Kansas City on Sunday.

Two days later, on Tuesday, November 7, election day, he cast his ballot in his hometown of Independence, Missouri.